Don’t let summer fun prevent you from preventing a sunburn on your skin, said Dr. Shinjita Das, a board certified dermatologist at Massachusetts General Hospital.

“Even on a cloudy day, up to 80 percent of the sun’s rays can pass through the clouds,” said Das. “So a big message that I want to pass along is wearing sunscreen every single day, rain or shine, throughout the summer season.”

Das offered the following five tips for dealing with a sunburn.

“You want to look for one that says broad spectrum, meaning that the sunscreen protects the skin from UVA and UVB rays. UVA are the rays that cause aging and premature aging of the skin and UVB are the rays that are associated with sunburns.”

Lastly, do your best to avoid the sun during its peak intensity between 10 a.m. and 4 p.m., Das said.

“Seek shade specifically during those hours if you have to be outside,” she said.

Pay attention to how your skin feels while in the sun

If you slipped up on the prevention measures, you’ll probably start to feel the results, Das said.

“People will start to feel a burning sensation or some irritation,” she said. “They start to feel that oftentimes before they see anything.”

Two areas often overlooked when applying sunscreen are the top of the ears and the back of the neck, Das said. So you may feel the sensation there first. Wherever you feel it, you should act immediately, she said.

“The earlier you detect it, the better, because then you can quickly apply the sunscreen,” she said.

After that, seek out shade, she said.

What to do once you are sunburned

First, you need to decide if your sunburn is mild or more severe, Das said.

If you have some redness and irritation, you likely have a mild sunburn, she said.

“Apply a cool compress for symptomatic relief,” Das said. “Something cool on the skin to just calm the irritation.”

For a moderate sunburn, there will be redness and typically the sensation that the skin may possibly blister, Das said. Taking a non-steroidal anti-inflammatory drug (NSAID) such as ibuprofen or an over-the-counter topical steroid such as hydrocortisone can help, she said.

A more severe sunburn will result in your skin blistering and peeling immediately after exposure, Das said.

“At that point, it’s important to seek medical attention,” she said.

A doctor will determine the strength of medication you may need, she said.

“In rare instances, for those severe second-degree sunburns, patients may sometimes need to be hospitalized,” she said. “Especially if it’s a large surface of the body that’s been burned.”

As your skin is healing after a sunburn, it will go from red and inflamed to flaky or scaly, Das said.

You’ll want to use fragrance- and dye-free cleansers and moisturizers during this time, she said.

“Right now, during that healing period, the skin is a little bit more susceptible to potentially developing allergies and infections,” Das said. “So you just want to keep everything bland and minimal in terms of what you are applying to the skin.”

Speaking of keeping your skin healthy, you should do self skin checks every couple of months, Das said.

“If something new pops up or something is changing on your skin, it could be hard to detect if you don’t know what your baseline is,” she said.

You can do this by standing in front of a full length mirror and looking at the front and back of your skin, paying attention to any moles or skin growths.

“If any of them seem different than you remember or if they seem like they are changing in any way, I would recommend seeing your doctor,” Das said.

If you’ve never had a skin check by a dermatologist, it’s a good idea to get one, Das said. Based on that visit, your dermatologist will then recommend how often you should return for them, she said. 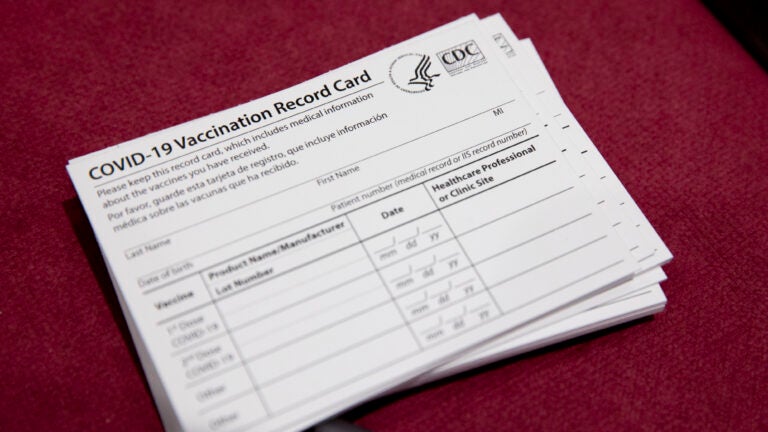 Florida landlord says tenants must get the COVID vaccine: 'You don't want to get vaccinated? You have to move.'