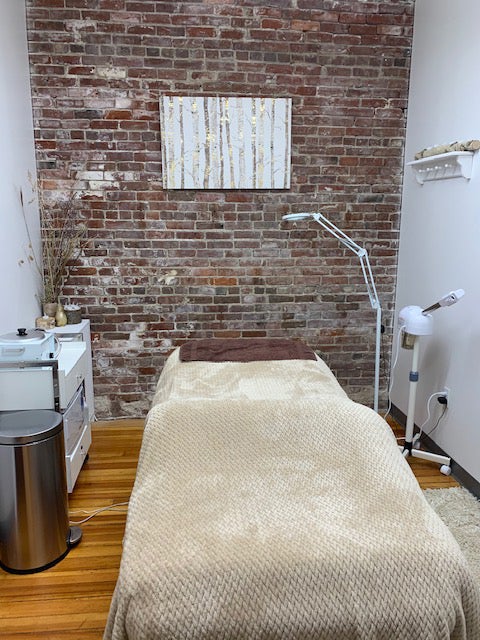 A treatment room at Karve Spa in South Boston.

Karve Spa, which officially opened in South Boston before Thanksgiving, wants to change the way people view facials and skincare. Instead of an occasional splurge, owner Karen Venezia thinks affordable facials should be part of a regular skincare routine.

“If you cut a tree and take a look at the tree rings, you can tell if it’s had a fruitful year or a dry year and how old it is. So I want your lines and wrinkles to be that for your face,” Venezia said. “And show your laugh lines and show that you had fun. I want you to age gracefully, but I want you to age within your own skin.”

Venezia, who grew up in Pembroke, infuses her nature-focused ethos in her new 1,000 square-foot spa on West Broadway. With the same care that she treated clients while working for over 10 years at Beaucage Salon and Spa on Newbury Street, Venezia offers skincare services with a special focus on facials, waxing, and spray tans at Karve.

Natural touches fill the space from birch wood decor, landscapes on the walls, and a sculpture made using wood from her father’s yard in West Townsend. A spacious waiting room in muted colors sits down a short hallway from the front reception and the three treatment rooms, each with their own theme.

While she built her base of clientele at Beaucage, Venezia, who studied business at the University of New Hampshire before completing an esthetic program at the Elizabeth Grady School in Medford, knew she wanted to open her own space. She also noticed the “intimidation factor” of Newbury, with its gleaming spas that might seem off-putting to some.

“I wanted this to be more of a relaxing place for clients to feel comfortable. Homey and not stuffy,” Venezia said. “That’s why I like Southie, too. You know the bartenders. You know the insurance guys. I want to be part of that. Like, ‘Oh, Karen from Karve.’”

She said she strives to create an “approachable environment” for clientele.

“I try to keep my prices more manageable to make it part of your routine, not just a luxury,” Venezia said. “I want people to actually take time to get their facials ideally monthly, if not six times a year.”

She charges $140 for an hour-long customized facial using medical-grade SkinCeutical products, which includes cleansing, exfoliating, massage, pore extractions, and a finishing mask. Clients can also add on a chemical peel for $70.

She hopes that what clients save on their services they will invest in products to use every day. She likens at-home skincare to nutrition. You can go to the gym, but if you’re not eating healthy food, you won’t reach your goals.

“And if you’re not using the correct skincare products at home every day, you’re not gonna really get the results you need,” she said.

Of her spa’s name, Venezia talks of a personal connection. “Karve” is a play on her name, but also links to her philosophy: “The thought of ‘Karve’ is to carve the you that you want to be,” she said. “I want to help carve that person.” 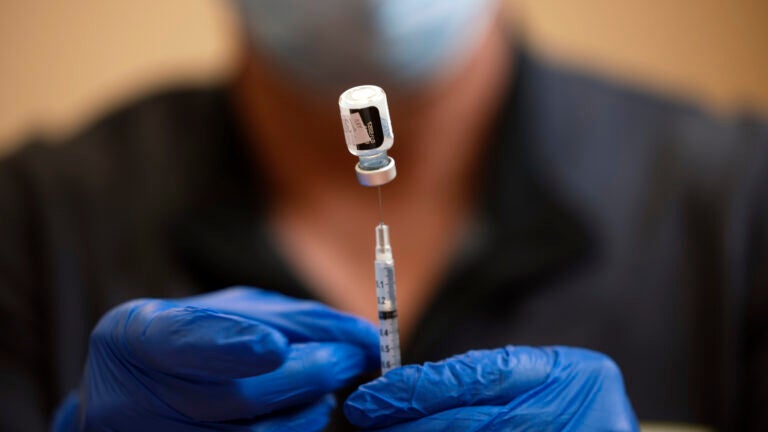 We’ll probably need booster shots for COVID-19. But when? And which ones?