A massive exhibition featuring ancient Egyptian artifacts will stop in Boston this summer, nearly 100 years after they were discovered in King Tutankhamun’s tomb.

“King Tut: Treasures of the Golden Pharaoh,” the largest collection of Tutankhamun’s treasures to ever travel beyond Egypt, will open June 13 at The Saunders Castle at Park Plaza. The exhibition will feature more than 150 original artifacts from King Tut’s tomb.

About 90 Boston Public Schools students gathered around Mayor Marty Walsh, who announced the plans Tuesday next to a 25-foot tall, two-ton replication of The Guardian, an ancient Egyptian statue. The original statue stood for close to 3,000 years, guarding the burial chamber in King Tut’s tomb, according to an IMG representative. The replica will tower in front of City Hall for a couple of days.

The exhibition has already been to Los Angeles and Paris, and is currently in London. The last time an exhibition of King Tut’s treasures visited Boston was in February 1963.

“This exhibit is one of the most interesting and exciting in the world, and I’m proud that Boston will be the only Northeast city to host this collection,” Walsh said later in a press release. “This is a wonderful opportunity for people from all across the region to see history first-hand, and we look forward to welcoming visitors from across the country to experience the King Tut collection.” The “King Tut: Treasures of the Golden Pharaoh” exhibit will stop in Boston starting June 13 at The Saunders Castle at Park Plaza.

Officials expect tickets to sell out based on interest seen in other cities. An early access ticket lottery launched Tuesday; registration is free and anyone registered has an opportunity to secure tickets on a lottery basis. Museum of Science members will also receive member exclusives such as advance access to tickets. Find the details here.

Students from Boston Public Schools jurisdictions that receive Title 1 funding can receive free tickets to attend. Educators can register for those tickets, which are available on a first-come, first-served basis here.

Renee Frechette, a North End resident and mother of two daughters from The Eliot School, said she thinks this exhibit is an “awesome” opportunity for her children.

“This gives them something else to do other than staring at their phones,” she said.

For Fenway resident Mahmoud Gamil, seeing the Guardian statue in front of city hall reminded him of home.

“Boston’s home, too,” he said, but “after I finish this, I’ll go home and I’ll feel I’m proud to be Egyptian.”

Gamil, who’s been living in Boston for 20 years but is originally from Egypt, said he even cancelled his morning exercise class to make it to the unveiling.

“It’s important to me that people learn about Egypt,” he said. “People are afraid to go to Egypt, but it’s not about terrorism or killing people … and I’m very proud to have people know about these issues.” 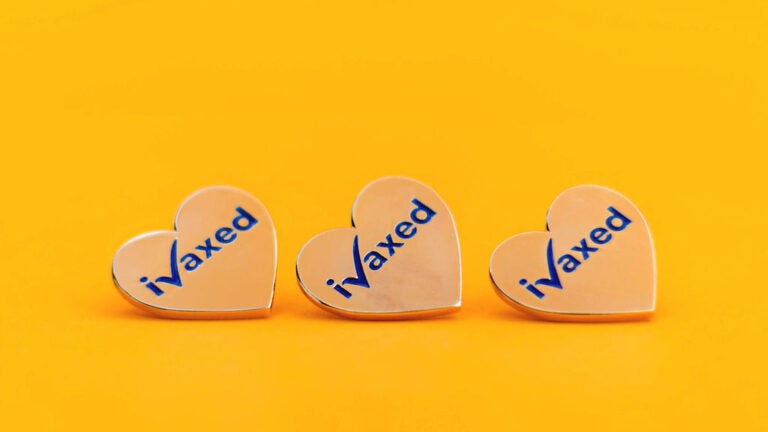