It’s that time of year again. You know the one — where you do everything possible to avoid driving into downtown Boston during one of the city’s busiest days of the year.

That is, unless you’re part of the group of brave souls attempting to watch the Boston Marathon or the Red Sox game that take place in tandem.

Patriots Day is a longstanding and uniquely Massachusetts holiday. But while most people might know it commemorates the battle of Lexington and Concord, they probably aren’t aware of how it became a recognized holiday in the Bay State.

Perhaps surprisingly, April 19 has pretty much always been a holiday in Massachusetts.

According to Bridgewater State University history professor Bill Hanna, this day used to be known as Fasting Day, which was a Puritan holiday held before the planting season where people fasted and prayed.

Fasting Day was celebrated in Boston as early as 1670, Hanna said.

“It was meant to pray for avoidance of the plague. They also mixed in hope for the coming growing season. It was a day of reflection,” he said.

But by the late 1800s, Hanna said, few people in Massachusetts and New England were celebrating Fasting Day anymore, and the governor at the time, Frederic Greenhalge, was looking to replace it with a new holiday.

At the same time, according to UMass Lowell American history professor Abby Chandler, interest in collecting and celebrating Revolutionary War history was on the rise.

By the 1860s and the Civil War, Chandler said, northern states like Massachusetts had a vested interest in culturally establishing the north as the “true United States,” which sparked interest by Massachusetts historians into the colony’s role in the Revolutionary War.

This is the time when one of the most culturally influential Revolutionary War remembrances was published — Henry Wadsworth Longfellow’s “Paul Revere’s Ride,” which immortalized the phrase “One, if by land, and two, if by sea.”

“They really start campaigning for being the places that people need to come to truly understand The American Revolution,” she said.

The battle of Lexington and Concord was one of the first battles in the pre-Revolutionary War period, and became a victory for the colonists because of the ride of Paul Revere and two other riders.

The problem was, both towns wanted to be the center of the celebrations.

“The governor is handed a bit of a challenge here because, yes, [the battle] starts in Lexington, and yes, it continues in Concord, but most of the British soldiers were killed on their retreat back to Boston. So you can’t settle it down to one town,” Chandler said.

Soon after, Hanna said, in 1897, the Boston Marathon, originally called the American Marathon, was scheduled to occur on that day every year.

Then in 1903, the Red Sox, known then as the Boston Americans, began playing a home game, often a double header, each Patriots Day.

Finally, in 1969, the Massachusetts Legislature changed Patriots Day from April 19 to the third Monday in April, Hanna said. This way, he said, it coincided with spring vacation in the public schools. 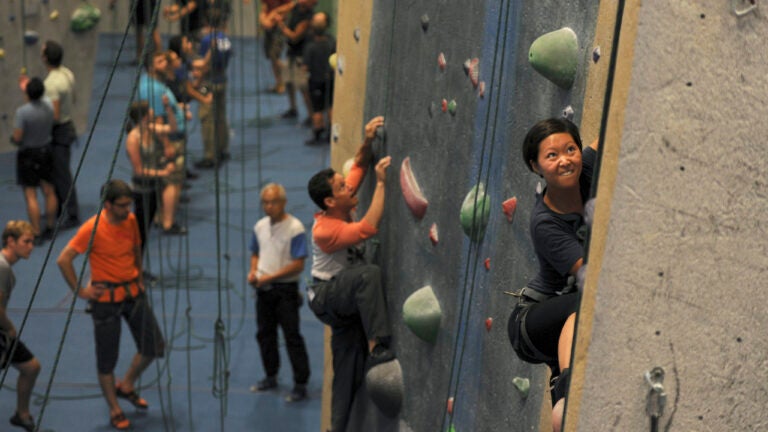