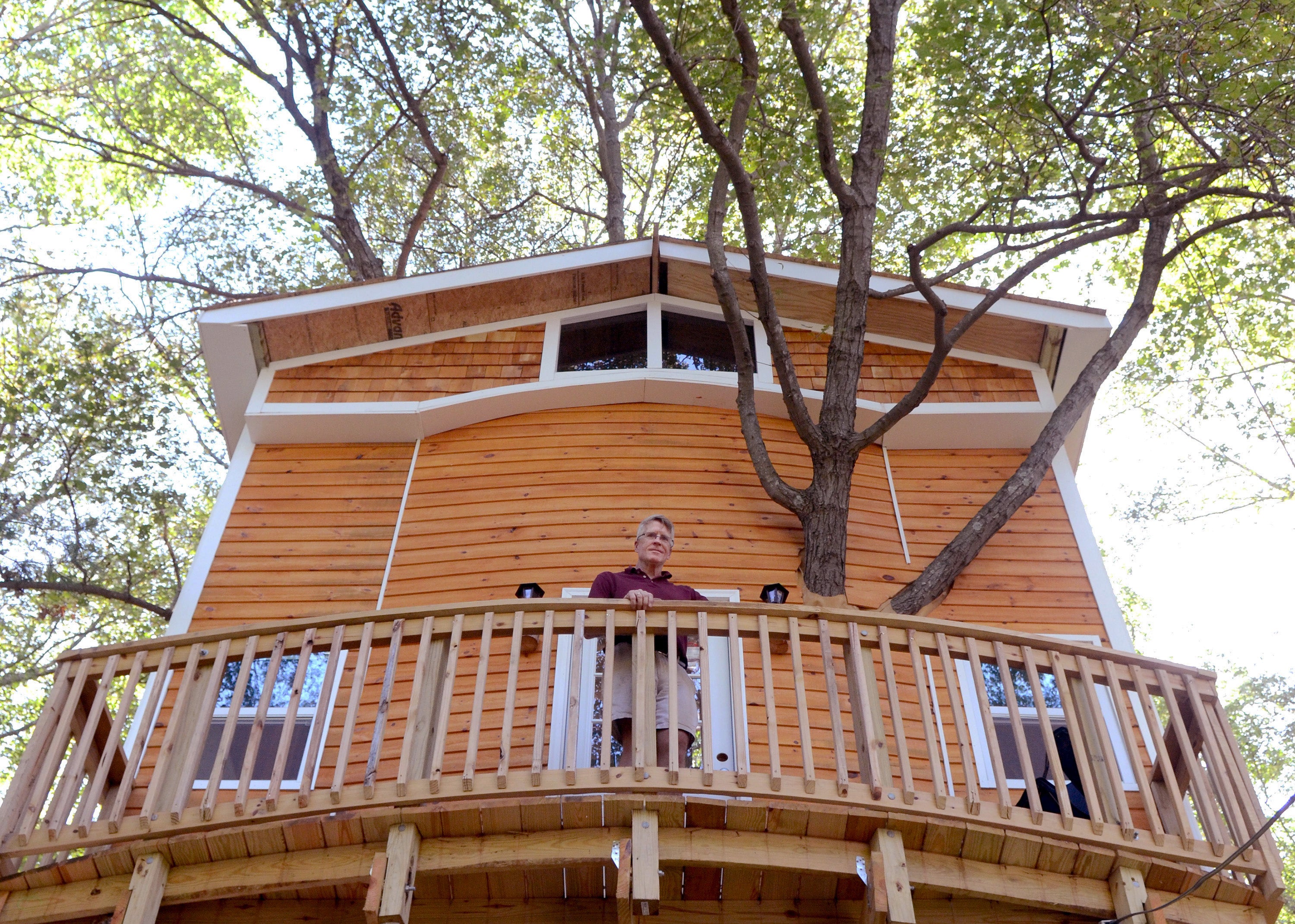 Jay Hewitt stands outside a treehouse he built for his grandchildren in his backyard in Attleboro.

Jay Hewitt is definitely in the running for World’s Best Grandpa. The 59-year-old from Attleboro has put in about nine months of work over the past two years to build his two grandchildren a 40-foot-tall, tri-level treehouse in Attleboro.

Hewitt isn’t new to building — he’s a licensed contractor and building inspector, as well as a member of the Attleboro Planning Board — and he isn’t new to the delight that treehouses bring kids. But this was his first attempt at building such a “castle in the sky,’’ he said.

“When I was a kid, I thought that was the coolest thing, to have a treehouse. It was my house,’’ Hewitt said. “When my kids were growing up, I built treehouses for them almost the size of a shed, but [they weren’t] that big, not like this one.’’

The fully enclosed and shingled structure features a room for family gatherings, a loft for sleepovers and a built-in spiral slide.Mike George/The Sun Chronicle via AP

This treehouse is truly one of childhood dreams: It features a common room, a loft bedroom for sleepovers, a built-in spiral slide, and a deck.

Hewitt decided to expand his skills into the sky after he started following Pete Nelson of Treehouse Masters. He sat down with his local building inspector, but because the treehouse doesn’t have a footprint greater than 110 square feet, it doesn’t require a building permit. Still, he built it to code just in case.

Hewitt’s grandkids — 6-year-old grandson and a 4-year-old granddaughter — love the treehouse, he said, though by this point they’re kind of used to it.

“It’s not new or exciting to them, though they’re gonna be helping me from this point forward,’’ Hewitt said. “I did that with my kids — they always helped me.’’ 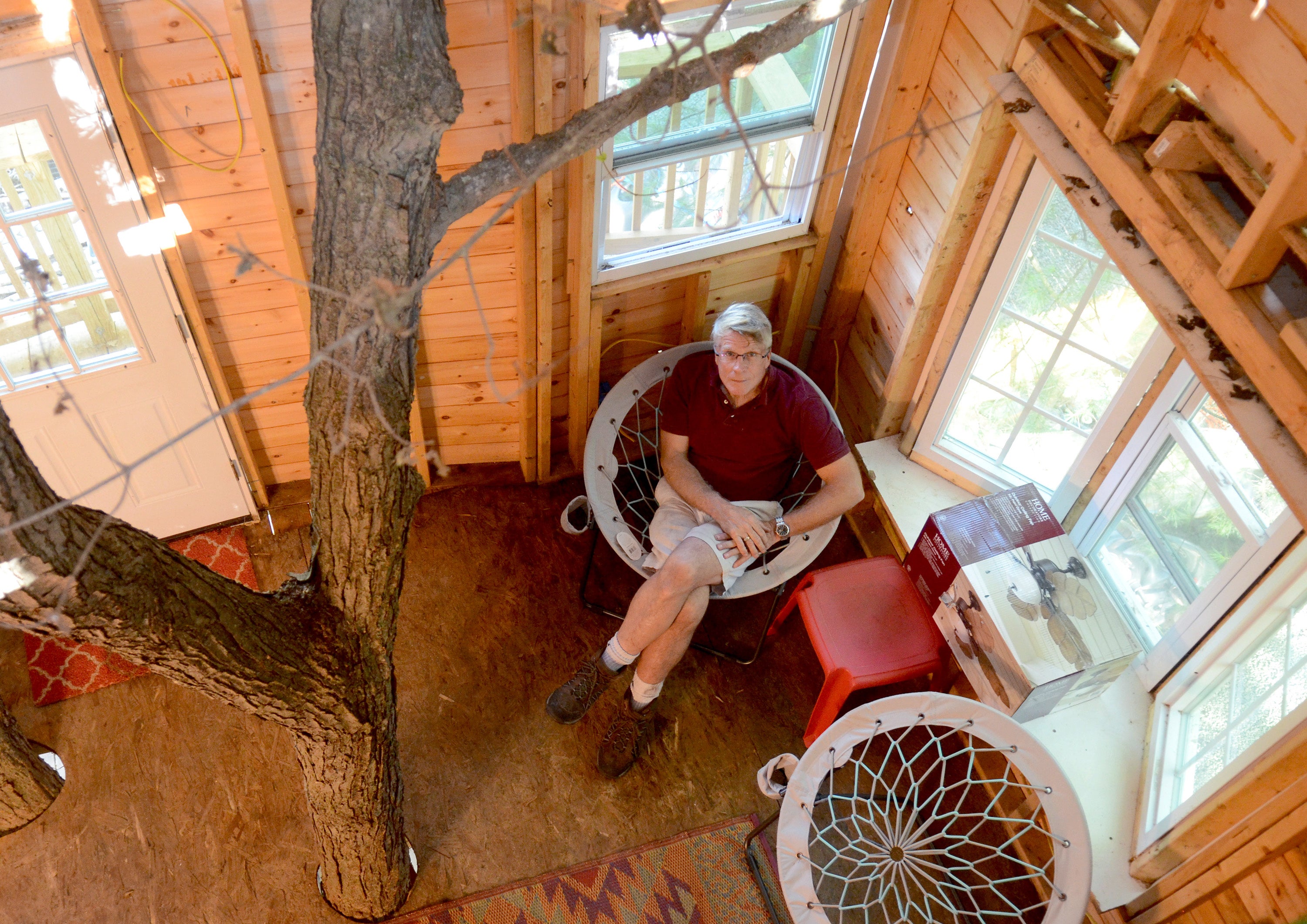 Jay Hewitt sits in the treehouse he built for his grandchildren in his backyard in Attleboro.

Hewitt and his wife are planning to put their home, along with the treehouse, up for sale soon because they really want a lakefront property. But if there aren’t any takers, he plans to expand the treehouse by adding a fourth-floor deck and a rope bridge that reaches to another tree that sits 30 feet away.

And if his house does sell, don’t worry: Wherever Hewitt moves next, he plans to keep building.

“One of the requirements of a new house on a lake is big trees in the backyard so I can build a treehouse,’’ he said. “So my grandkids won’t be disappointed.’’ 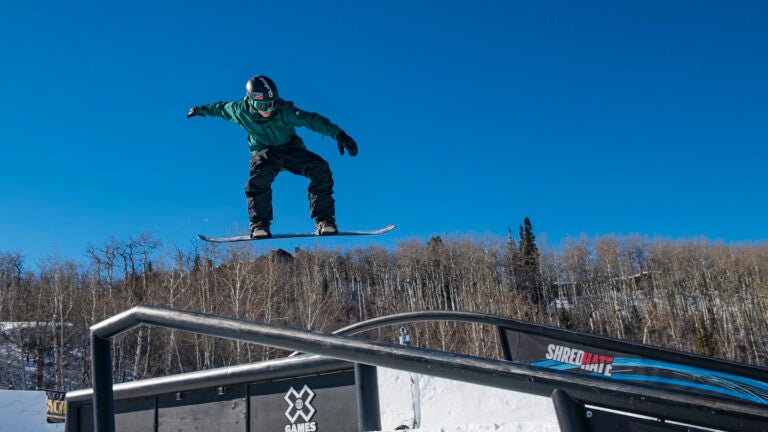 Red Gerard already has a gold medal. Now he knows what he wants.