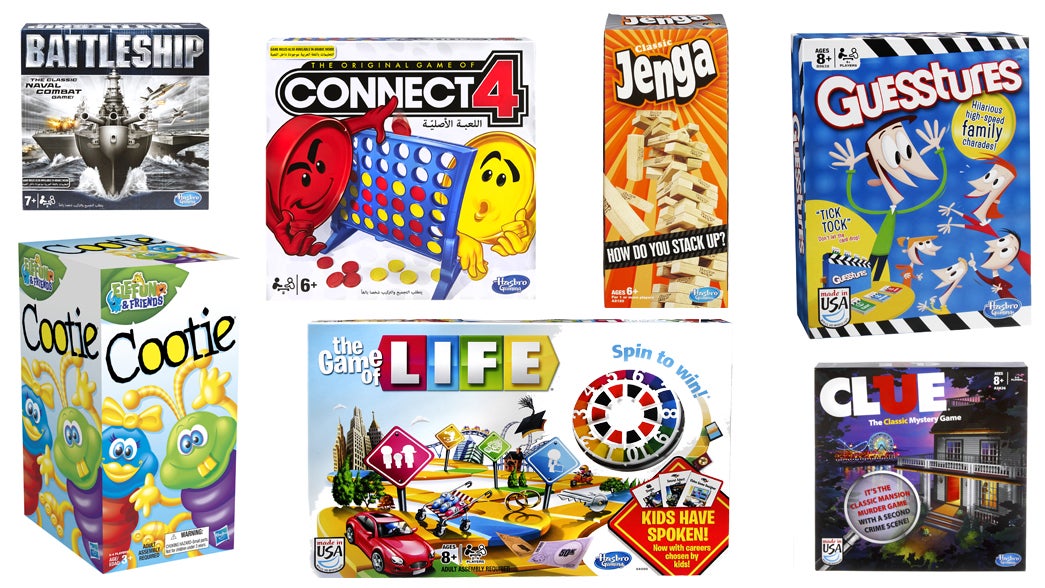 A Rhode Island staple for 92 years, Hasbro purveys the toys that America grows up on, from Nerf balls to Mr. Potato Heads. The Pawtucket-based company also specializes in hundreds of board games.

In time for the holiday season, we took Hasbro’s 22 best-selling board games and, using a panel of seven judges, critiqued them based on the following qualities:

The Fun Factor: Is it fun? Is it fun for the right amount of time or does it end too quickly or go on too long? Is it competitive enough? Is it too competitive?

The Strategy Factor: Does the game require any skill or is it pure luck? Is it a good balance of the two?

The Classic Factor: Is the game a pop culture darling? Has it been around a while? Are there movies made from it or a bunch of different variations on the game?

Each board game was given a 0.0 – 5.0 score, all of which were averaged to produce a ranking. 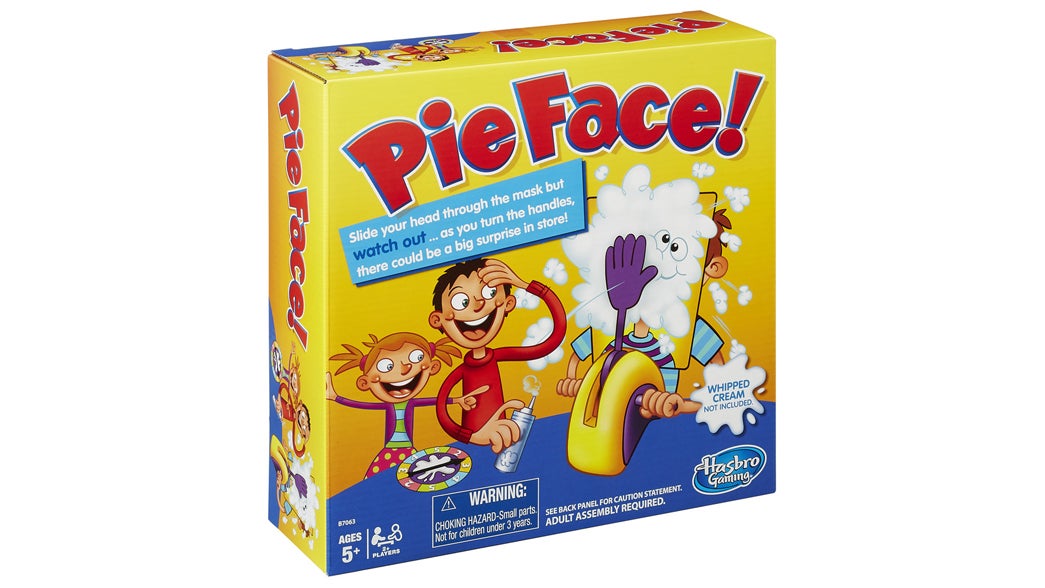 Like a jack-in-the-box with a small element of gameplay added, Pie Face leaves one participant with a face full of whipped cream and all others pointing and laughing. It’s difficult not to giggle while watching people play this messy hit. Fun factor aside, there is zero strategy involved, and the game itself (if you can even call it that), ends very quickly. (Full disclosure: None of the judges on the panel had played this game, so the Fun Factor solely on this video. Pie Face scored a 3.0 for Classic Factor, as it was introduced in 1968 and Hasbro in 1923, and a 0.0 for Strategy Factor.) 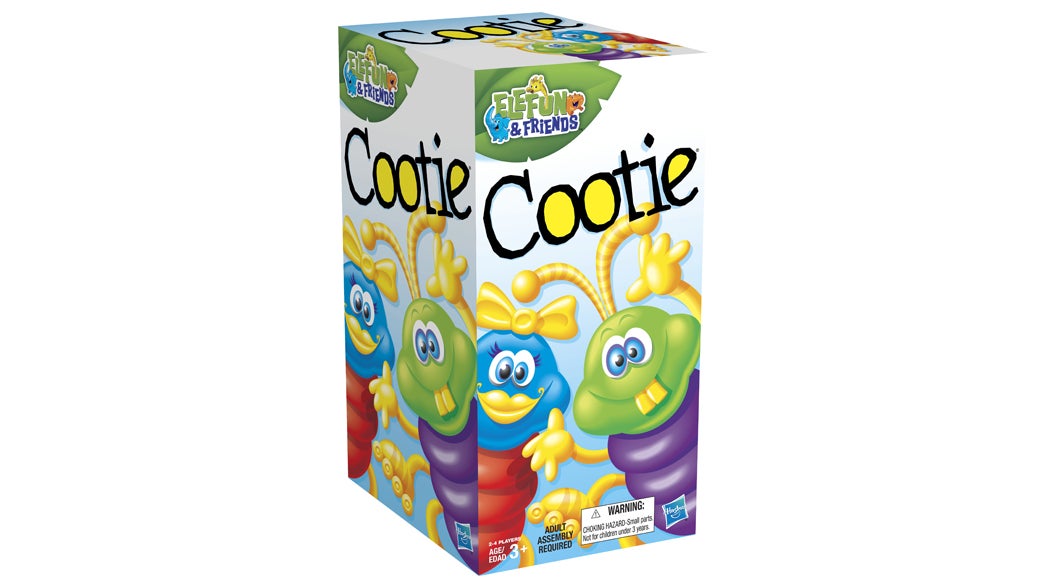 While Cootie requires a small amount of skill, it’s much more fun to build and look at than it is to play. Each dice roll allows players to build one more section of a bug until a player’s bug is complete. There’s a level of suspense to it, but you could essentially save yourself some time by just building the bug without even playing. 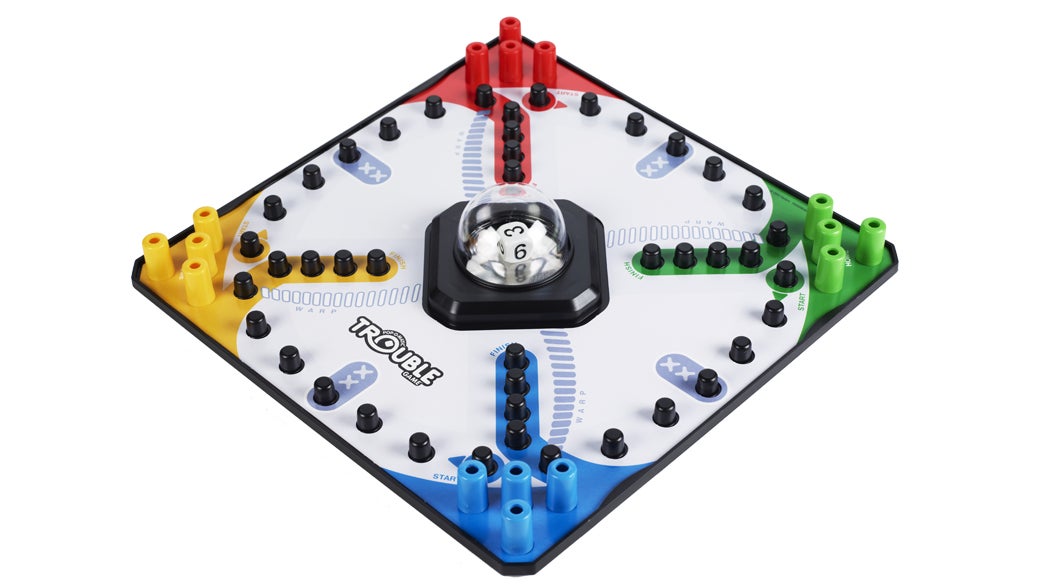 Trouble is almost exactly like another board game that ranked #17 on this list, but for a younger audience. How does it appeal to even simpler minds, you may ask? With a neat dice-rolling bubble and a cheesy catch phrase in the commercial, of course. 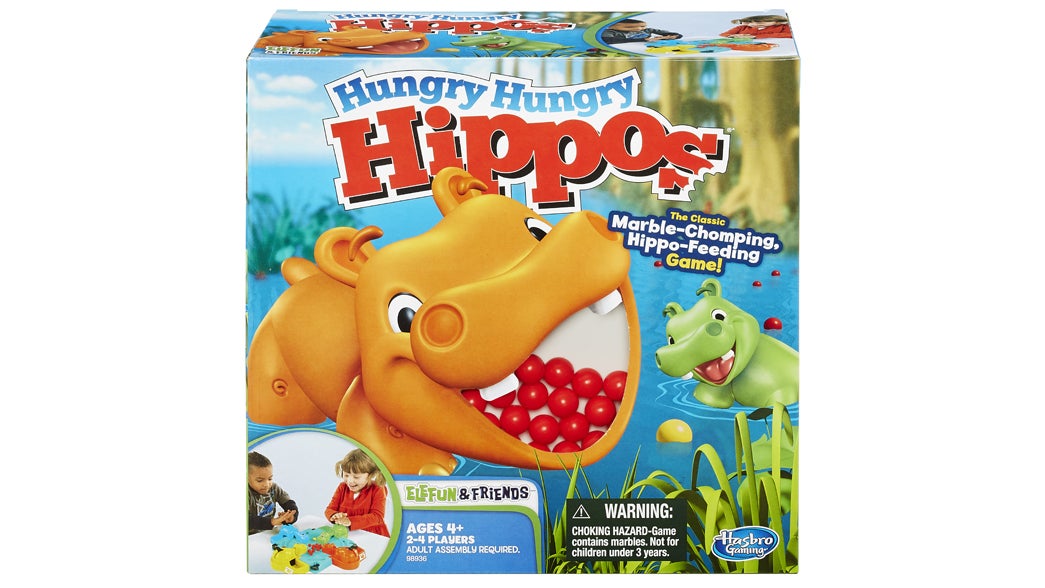 Infectious jingle/dance combo aside, Hungry Hungry Hippos looks way cooler than it plays. The only real strategy is pressing the lever as rapidly and furiously as possible, which can lead to both broken boards and sore palms. Games tend to last less than a minute, too. 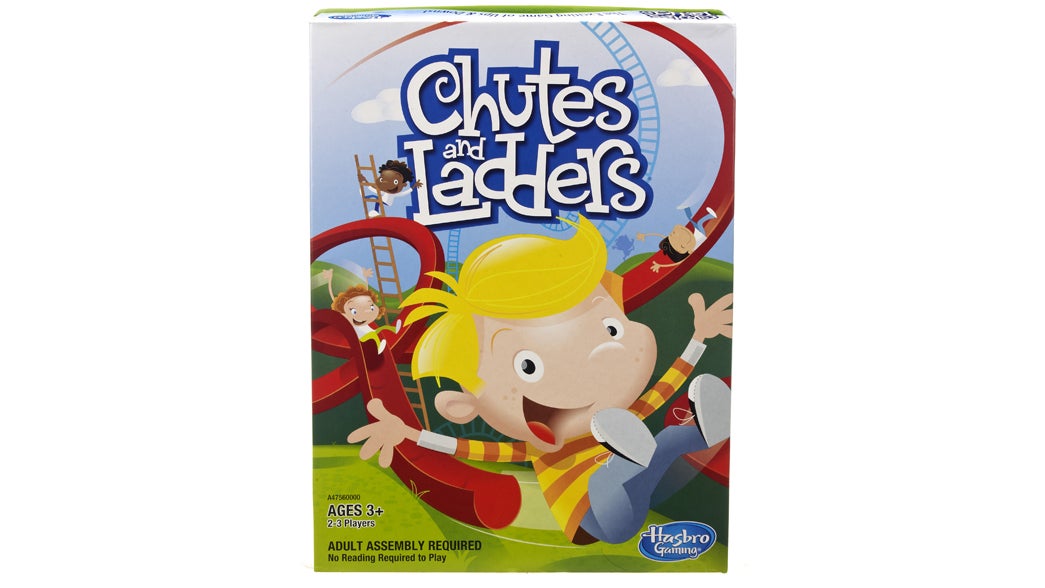 If there’s ever a poor excuse to feel a lot of frustration, it’s during a game of Chutes and Ladders. Another largely luck-based experience, a match of Chutes and Ladders can quickly turn from front-running elation to last-place dreams of what could’ve been for no good reason at all. 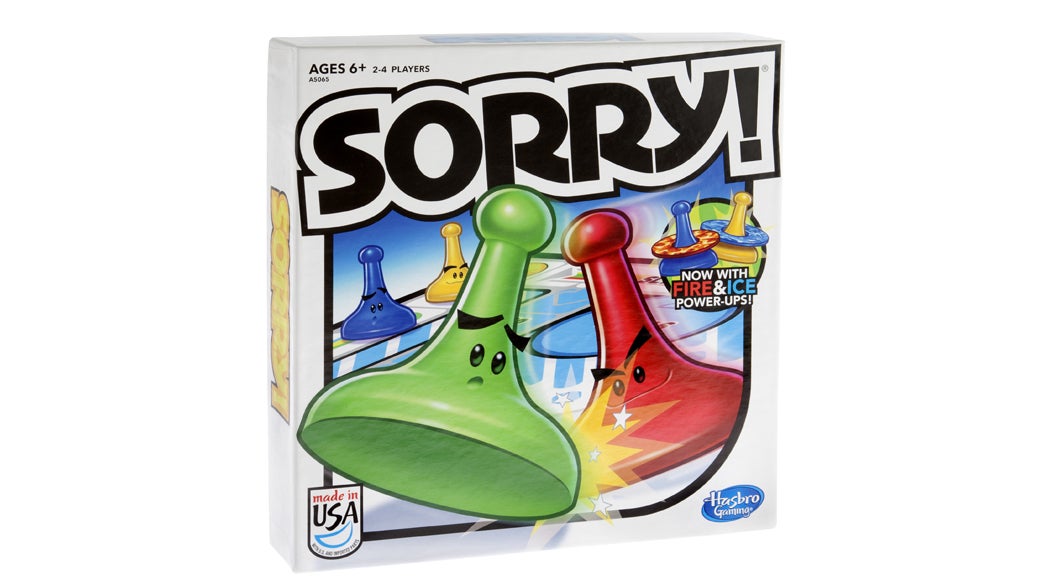 Despite being a classic, Sorry! is forgettable at best. It’s a chance-based game without the bells and whistles of Candy Land or Trouble, but it tends to last longer and is a bit more grown-up. For that reason, it is a good game to help bridge the gap from toddler games to ones that require a bit more skill. 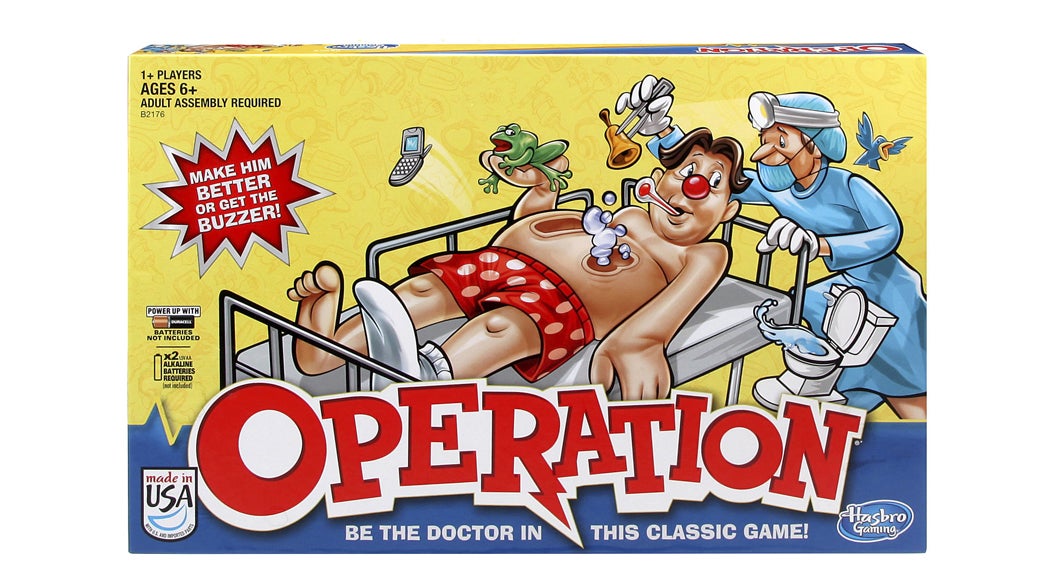 A poor representation of the field of medicine, Operation is essentially a test of stillness of hand. It’s fun to look at, and suspenseful to a degree, but it’s easy to lose game pieces and batteries are required. Operation is more fun in concept than in execution. 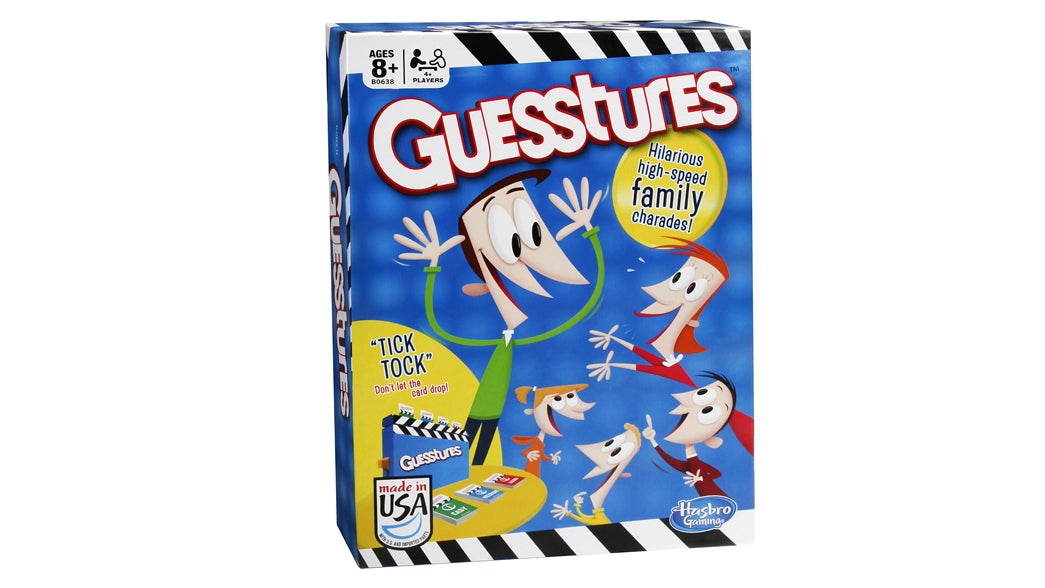 If you enjoy charades, you have no reason not to enjoy Guesstures. The game is essentially a version of charades that uses a funky machine to put a time limit on particular keywords. That said, depending on how one looks at it, Guesstures could be seen as an unnecessarily complicated version of charades, which may not even be worth the extra effort. 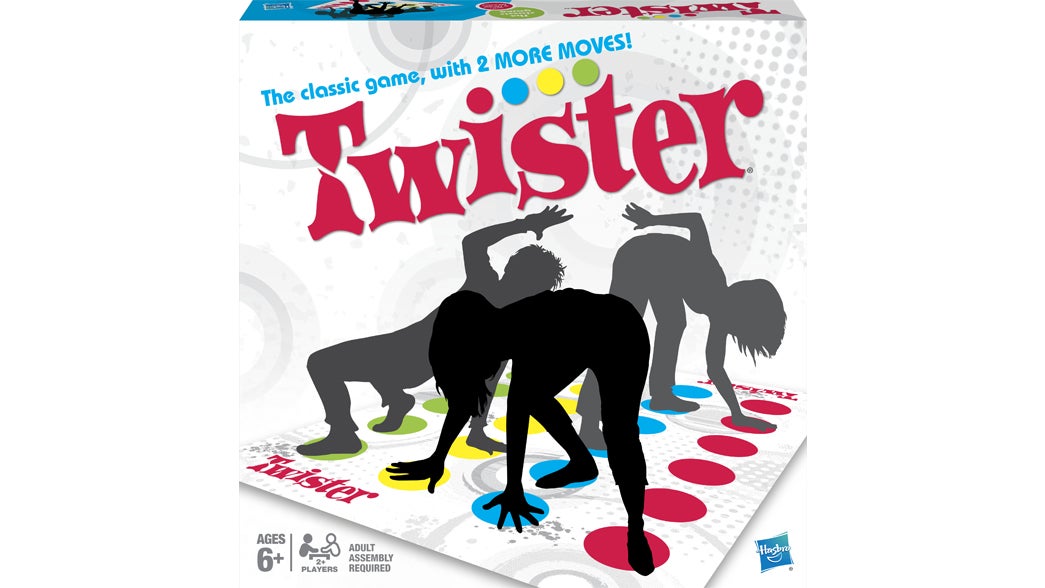 A standout among the rest of the board games, Twister is the only one of the bunch in which physical fitness is a deciding factor. In that respect, it’s a lot of fun if you’re limber, not as much if you have the flexibility of a wooden twig. The trouble with Twister is the awkwardness that comes about once you hit your teen years. Adults tangled in various risqué positions can make for some strange post-game conversation. 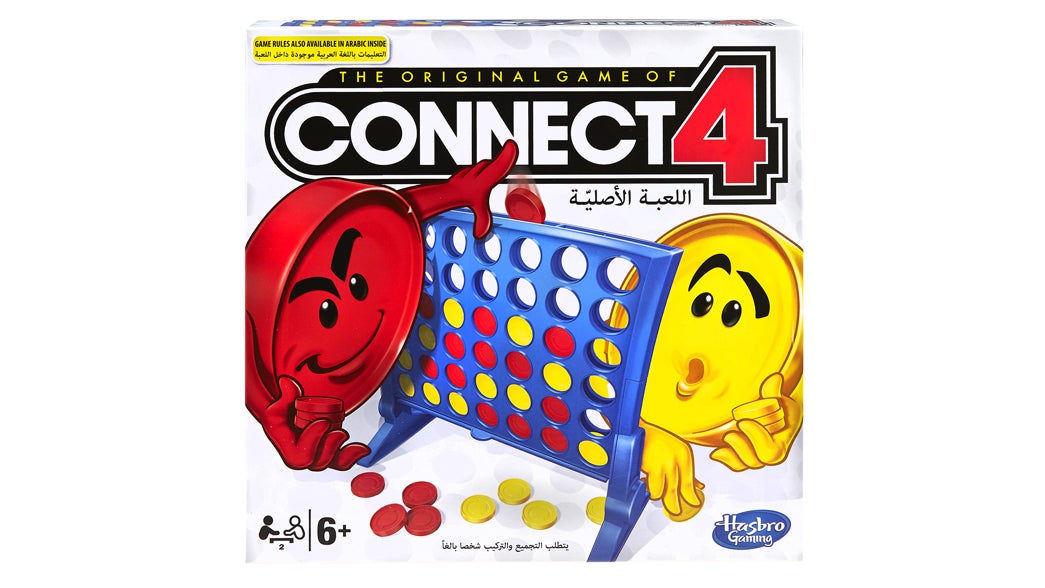 Much like a classic game of chess or checkers, Connect Four’s mastery lies in its simplicity. There aren’t a lot of bells and whistles, but a victory relies 100 percent on strategy. The game’s only shortcomings are its frequent ties and certain tactics that start to become predictable over time. 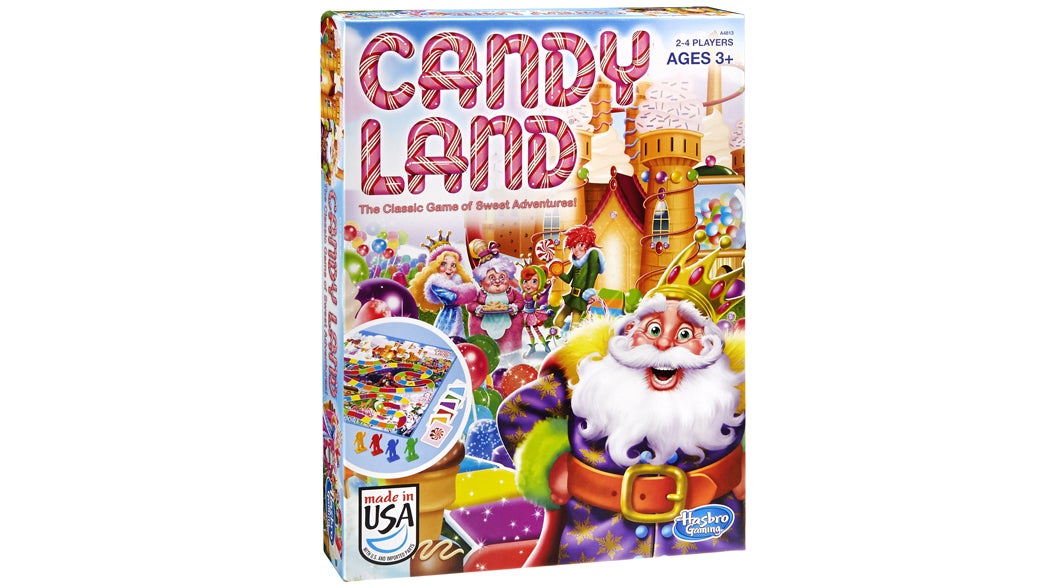 One of the more elementary Hasbro offerings, Candy Land requires almost no skill so long as you know how to count. That said, the game introduced a world full of colorful characters that is exciting and accessible to young players, unlike more challenging Hasbro offerings. Candy Land has enchanted audiences for so many years that an Adam Sandler-produced film based on the game is now in the works. 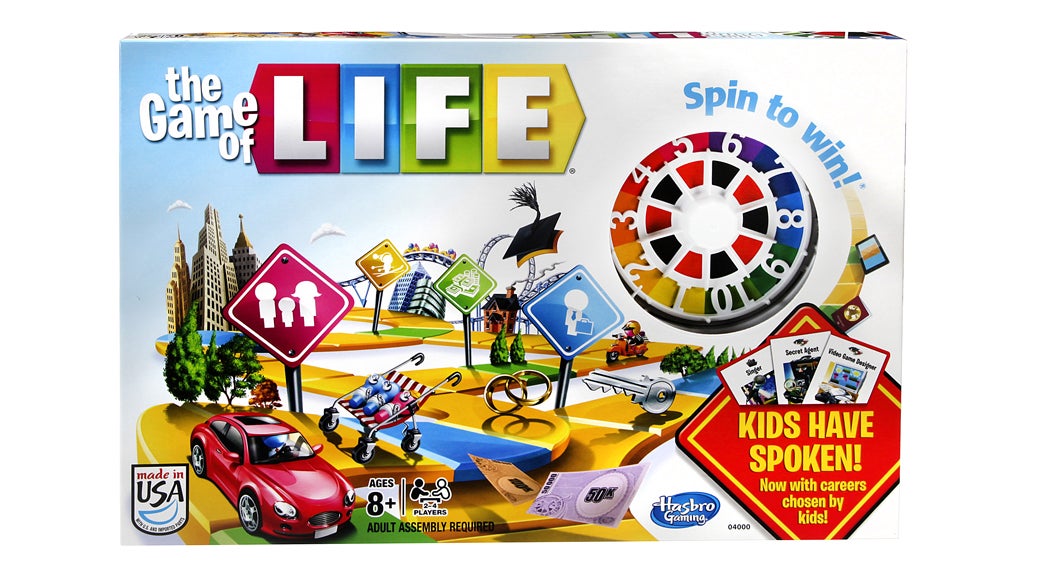 Speeding through your entire life within the course of an hour or two can either be thrilling or a big disappointment. It’s that matter of chance that makes the game exciting, though. Rooted more in luck than in skill, Life is probably the only game where your retirement at either Millionaire Estates or Countryside Acres depends mostly on which numbers you spin. 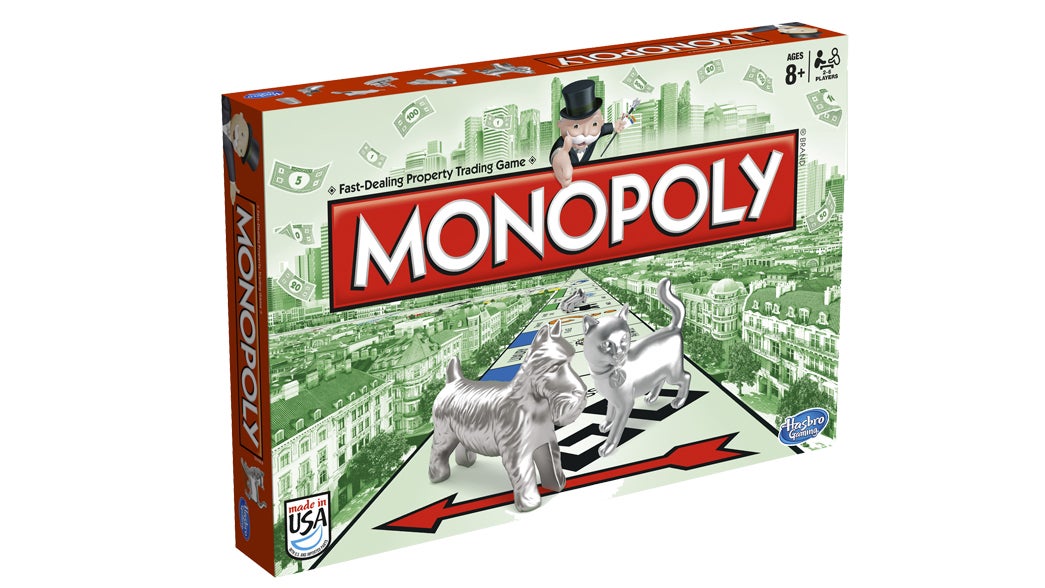 The quintessential board game. It’s impossible to dispute Monopoly’s cultural relevance, and its gameplay concept set a high bar for successors. Some might argue, however, that the game itself lasts too long, making for too many incomplete bouts. It’s one of the more difficult games that Hasbro offers, too, including math that isn’t exactly elementary. That can either add or detract from the overall fun. 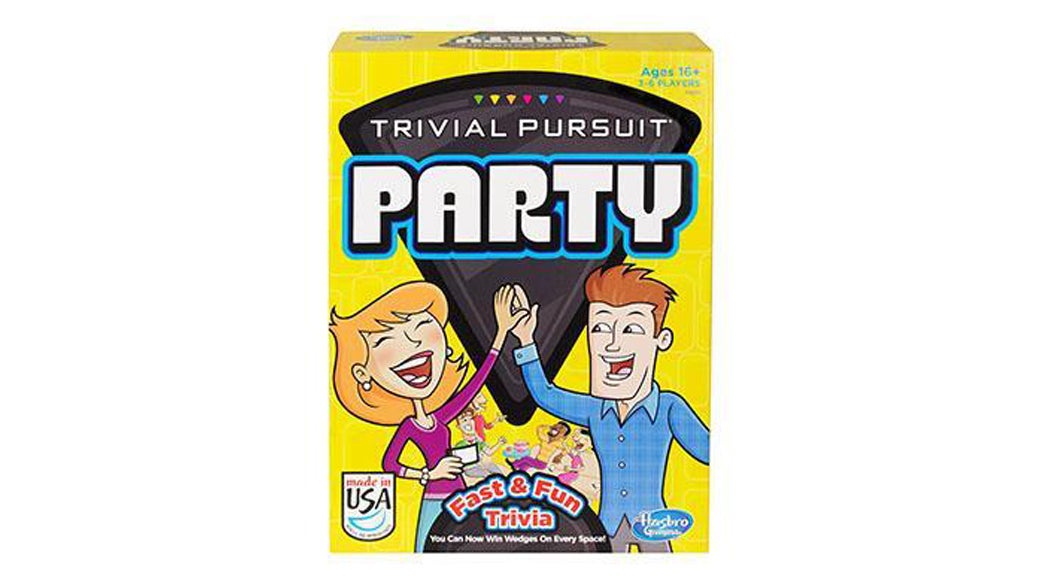 Trivial Pursuit is the OG quiz game and was a pioneer for the beloved bar trivia that has become a hit in recent years. While it has been recreated to fit countless themes, Trivial Pursuit Party is a slightly faster-paced version of the original game which gives players some Who Wants To Be a Millionaire-style lifelines. It’s only slightly modified, so if you’re in on a very particular type of knowledge, the game will likely be fun. If not, you’ll have to enjoy it as more of a spectator. 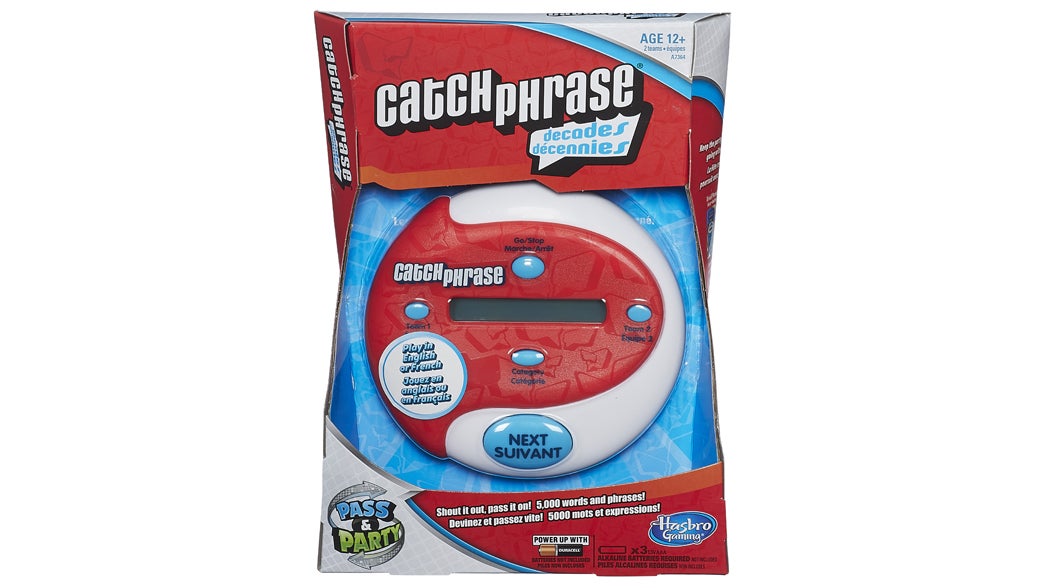 One of the best parts about Catch Phrase, a fairly simple game of verbal charades in which one person must lead others to guess a word by describing it using other words, is how it has evolved over time. Originating as a board game, Hasbro later introduced a portable electronic device and eventually a mobile app. Additionally, multiple variations of the game, including the “Decades’’ edition, made this game even better. It’s a great way to ramp up a boring party, or to make new friends at a bar. 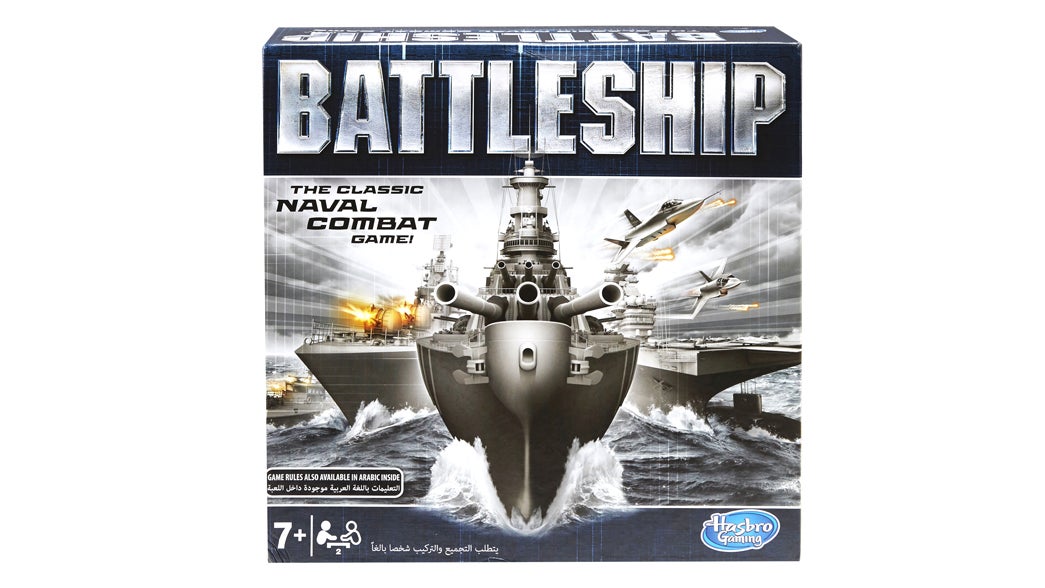 A suspenseful game that requires critical thinking, luck, and then strategy based on luck, Battleship was introduced in 1967 and has since become a classic. In that time, the guessing game has spiffed up to versions that talk and flash bright lights (just like you’re on a real battleship!). It’s enough of a cultural staple at this point to have gotten mediocre Hollywood treatment a few years ago, but its control-room gameplay style continues to keep gamers on their toes. 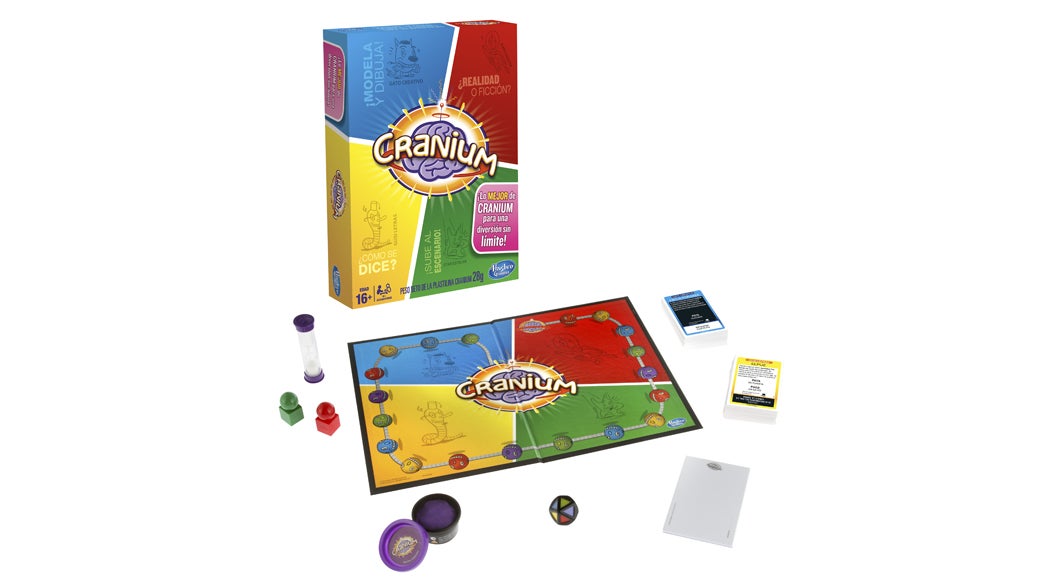 A relative newcomer to the Hasbro board game world, Cranium is one of the more hands-on and versatile offerings from the company. Challenging both quick-thinking and creativity, participants must act, whistle, even sculpt their way to victory. Unfortunately, the set’s multiple components make it tough to keep organized, and the gameplay itself is almost just an umbrella of other games like Catch Phrase and Charades. 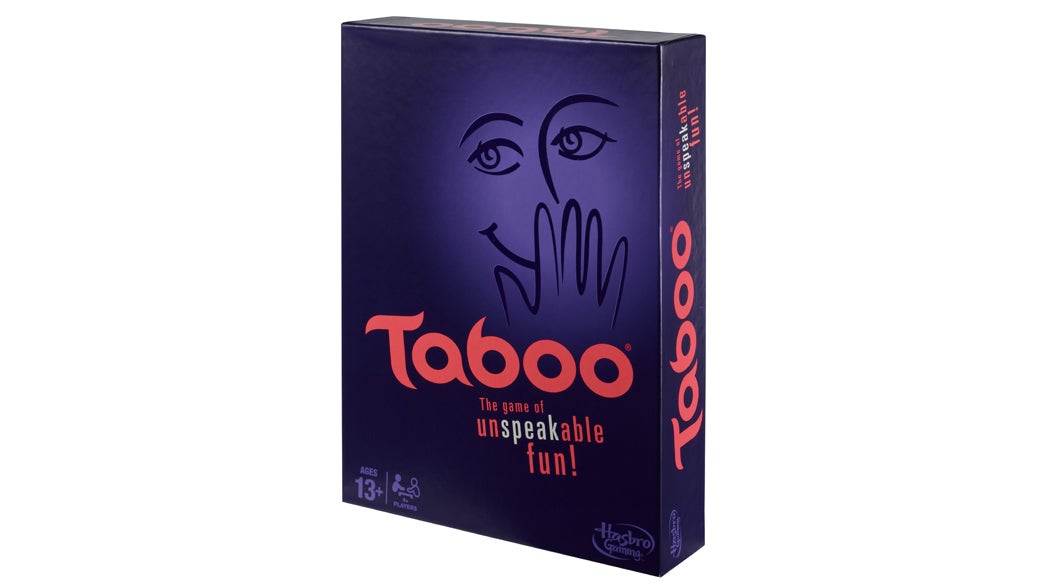 Very similar to Catch Phrase, Taboo requires one player to have his or her teammates guess a word. Instead of not being able to use only that word, Taboo doesn’t allow the player with the card to use several other similar words to describe it, too. Despite being only 26 years old, Taboo became a short-lived game show in 2002 and, while it is only slightly better than Catch Phrase, it is a good way to graduate from it. 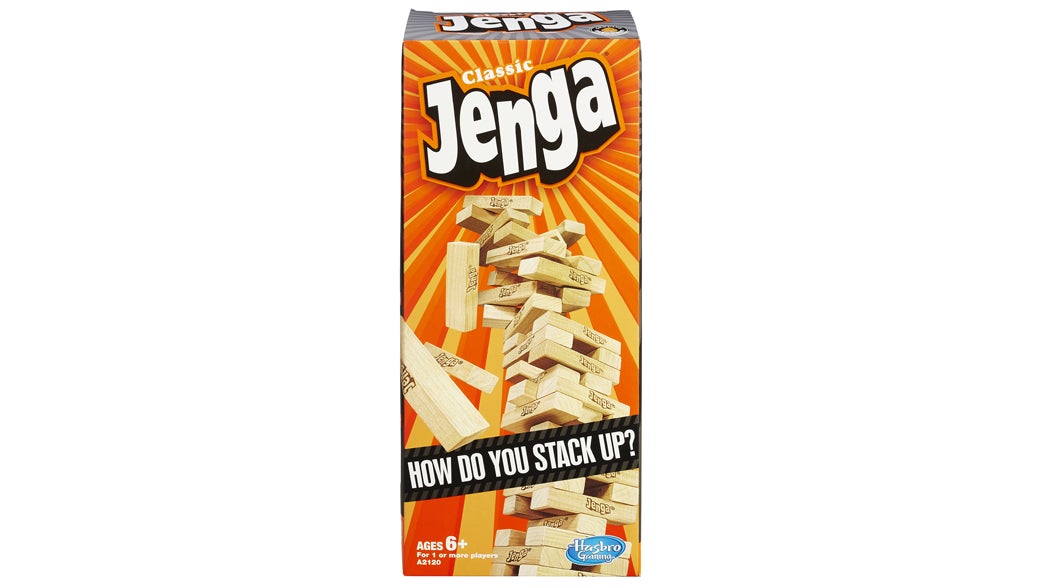 Another example of simplicity prevailing, Jenga is a game of finesse that requires a still hand, patience, and strategy. Any experience in which the heart beats a bit faster with every turn is the mark of a fierce competition, and Jenga often provides this. Another great bar game. If the opportunity is available, giant Jenga is also a fine option. 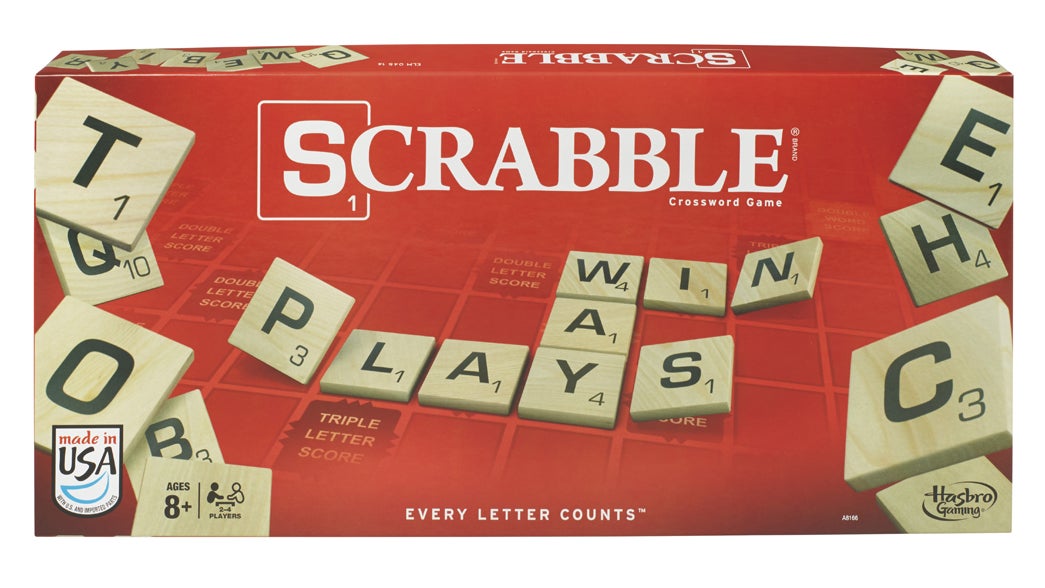 A true point of pride for wordsmiths, Scrabble can either be an innocent source of fun for those with a good vocabulary or a competitive way for scholars to flex their muscles. A fine mix of intelligence and strategy, Scrabble is more than a board game, it’s a constructive brain exercise. (How else would you know that “qi’’ is a word?) 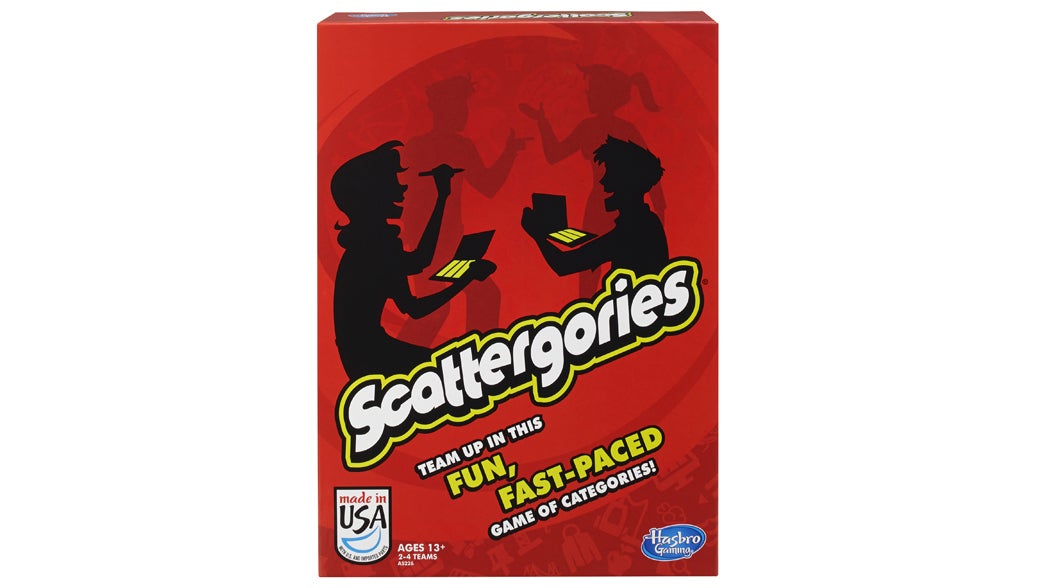 If you’re a logophile looking for something without the stuffiness of Scrabble, Scattergories is a word game with a bit more pizzaz. Scattegories was such a hit upon its introduction in the late ‘80s that NBC launched a televised version of the game hosted by Dick Clark in 1993. While it may not be mentioned in the same breath as the classics, the game remains a solid go-to for people trying to give game night a bit of a boost. 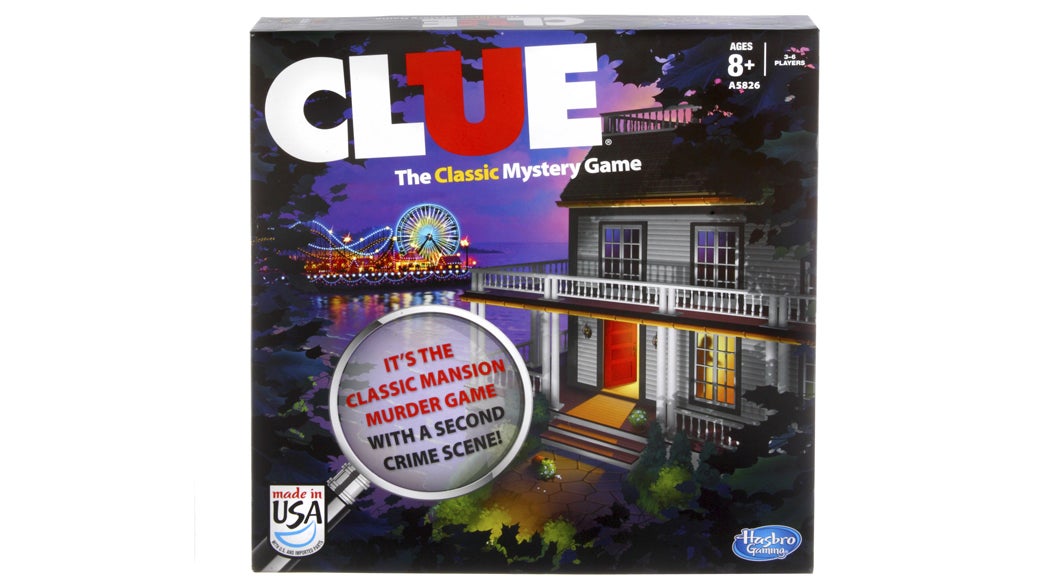 Unlike most other games, Clue is suspenseful, requires attention to detail, and includes a cast of memorable characters. Its 1985 film adaptation was actually a pretty good movie and helped turn this board game into less of a competition and more of an experience. A murder mystery isn’t exactly the most family-friendly theme, but with characters like Colonel Mustard and Mrs. Peacock, Clue is a riveting way to get in touch with your shadier side.

Boston.com may earn an affiliate commission if you make a purchase after clicking one of our links. 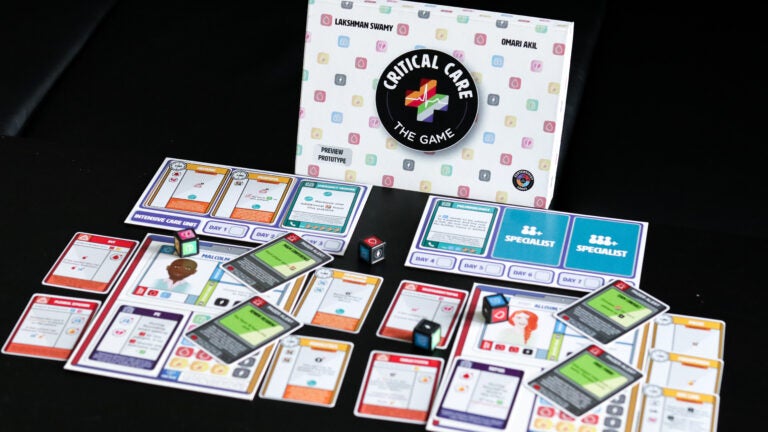