The U.S. Army Institute of Environmental Medicine is conducting research on the MRE.

The U.S. Army Institute of Environmental Medicine is conducting research on the MRE.

On what looks like a college campus in the suburban streets of Natick, the U.S. Army is making food.

Specifically, food to fuel the modern warfighter. An MRE, or “Meal, Ready to Eat,’’ is the military’s standard ration; they’re developed at the U.S. Army Natick Soldier Systems Center in Massachusetts and distributed to every U.S. military branch member all around the world.

This facility is constantly making developments to the meal, and nutritional scientists there are asking civilians to try out the military meal plan for 21 days. It’s part of an effort to understand the effects of switching from a normal, civilian diet to one that consists of meals that come in pouches.

The scientists want to see positive bacteria—the type of bacteria that wards off stomach issues—flourish, and could tinker with their MRE recipes to allow the (good) bacteria to do so.

“What we’ve realized in past decade or so is that trillion of bacteria inhabit the human gut, with a variety of functions, mostly beneficial,’’ said Phil Karl, a nutrition scientist with the U.S. Army Research Institute of Environmental Medicine (USARIEM), an organization within the Natick center. Karl said that we interact with this bacteria based on what we eat, “so we view this as a way to develop new, targeted strategies to improve soldier health and performance through nutrition.’’ 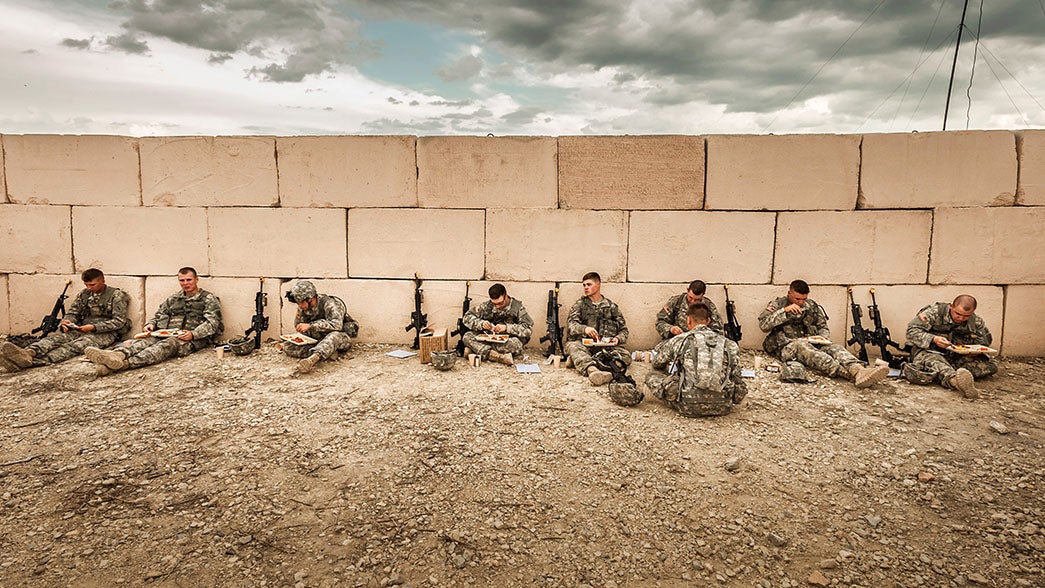 There’s also the issue of taste.

MRE’s have been been around for more than 30 years. There are now 24 varieties, referred to as “menus,’’ and they include “cheese tortellini in tomato sauce’’ and “chicken fajita.’’ The rations come in airtight packages, with a “flameless’’ heater, and dissolving powder is added to water to create flavored drinks.

Each MRE provides about 1,300 calories and comes with an entree (that can be warmed using a flameless ration heater, also included), sides, a beverage mix, and utensils.

“As a veteran I can tell you it’s very very important to have a high quality ration, and if you’re running around conducting an operation, you’re worn out, you’re tired, you’re cold,’’ said Michael Stepien, who works within the Combat Feeding department at the U.S. Army Soldier Systems Center. “Having a hot meal on a cold day in the middle of a really remote location after you’re exhausted is very very important.’’ 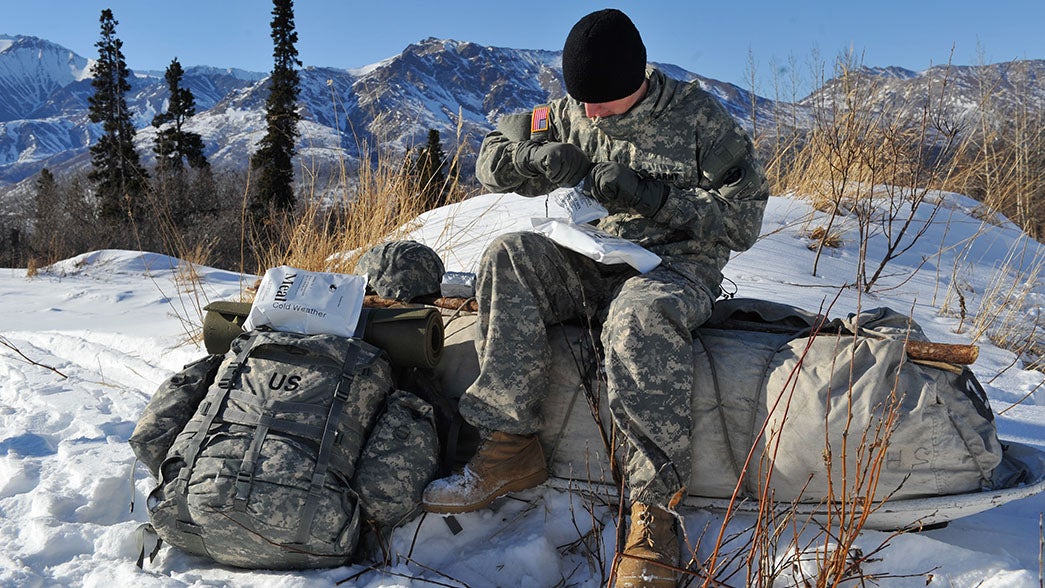 Internal surveys show that the meals have a positive impact on morale, the center says.

Combat Feeding wants to improve the taste, quality, and nutrition of the ration, and needs USARIEM’s nutritional scientists to figure out how to incorporate the changes that soldiers say they want (in terms of taste) and need (in terms of nutrition).

“What we want to learn and understand and improve on is optimizing performance of the warfighter. That’s our job, to make better rations to improve health and performance, and we have to do that though basic science,’’ said Ken Racicot, performance nutrition team leader with Combat Feeding. “Nutrition is not nutrition unless you eat it, so it has to taste good.’’

And for a warfighter, any meal—even if it comes in a three-year-shelf-stable bag—could be the most important meal of the day.