When Lucy Tidd started third grade at Lyseth Elementary School in Portland, Maine, her parents were worried that she would be bullied. It wasn’t that Lucy was new to the school; it was that her teachers and classmates previously knew her as Benjamin.

Lucy, born as Benjamin Tidd, had always felt like a girl, as detailed in a piece from the Portland Press Herald. In the safety of their Maine home, Bridget and Mark Tidd allowed their son to wear dresses and nail polish since he was 3 or 4 years old. But they weren’t sure how others would react.

As Benjamin got older, the behavior persisted, accompanied by tantrums, lying, and petty theft. Bridget knew there was something serious going on when she found her child’s journal.

“It had one of those questions: If you could be anything, what would you be?’’ Bridget told the Herald. “And she’d written, ‘I want to be a girl so much.’’’ 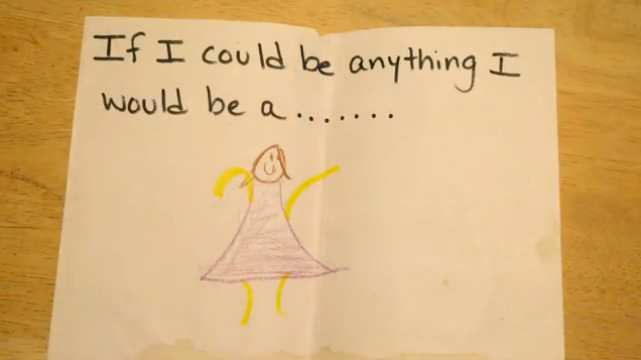 After another meltdown, Bridget asked Benjamin why he was so upset. “And she said: ‘Some days I just wish I could die and God could bring me back as a girl,’’ Bridget told the Herald.

Now, Lucy — who picked her name after C.S. Lewis’s “Chronicles of Narnia’’ heroine — is a patient at the Gender Clinic at The Barbara Bush Children’s Hospital at Maine Medical Center.

Lucy presents as a girl, and though her classmates can be a bit “blunt’’ in their questions, they aren’t malicious, the Herald reports. As for Lucy herself, the difference since she’s been living as a girl (about 18 months ago) is “like night and day,’’ her mother told the paper: no more tantrums or acting out.

“The results are a year and half of my child flourishing,’’ Mark told the Herald, “and being happy and being accepted.’’