As the New England Patriots gear up to play the Philadelphia Eagles in Super Bowl LII, Boston businesses and other spots are showing their unwavering support for the Pats by banning Philadelphia items.

Here are the products — and, in some cases, people — that are forbidden from certain places in Boston until Feb. 5, the day after Super Bowl 52.

The bagel and cream cheese ban:

Blackbird Doughnuts, located in the South End, announced a single-day ban of its everything bagel on Super Bowl Sunday, so that Pats fans can avoid Philadelphia Cream Cheese.

“In honor of our dear @patriots we will not be serving our Everything Bagel Doughnut tomorrow,” the shop wrote on Instagram. “Sorry @lovemyphilly but not 2/4.”

In honor of our dear @patriots we will not be serving our Everything Bagel Doughnut tomorrow. Sorry @lovemyphilly but not 2/4. (and thanks to @itsalexandraenglish for the dope ?) #patriots #lii #boston

A post shared by Blackbird Doughnuts (@blackbirddoughnuts) on Feb 3, 2018 at 1:51pm PST

After the AFC Championship, the shop pulled Evil Genius from the shelves, said owner Phil DiCarlo. He said his shop will resume selling Evil Genius on Feb. 5.

“We’re showing our pride in New England,” he said.

The shop also has a sign outside that shows a strike through the words “Philly Beer” and the hashtag “#GoPats.”

“The back side of my sign says, ‘It’s a Don Henley-free zone. No Eagles,'” DiCarlo said.

Craft Beer Cellar Fenway will not be selling any Philadelphia beer now until February 5th. pic.twitter.com/C9oOjACZCD 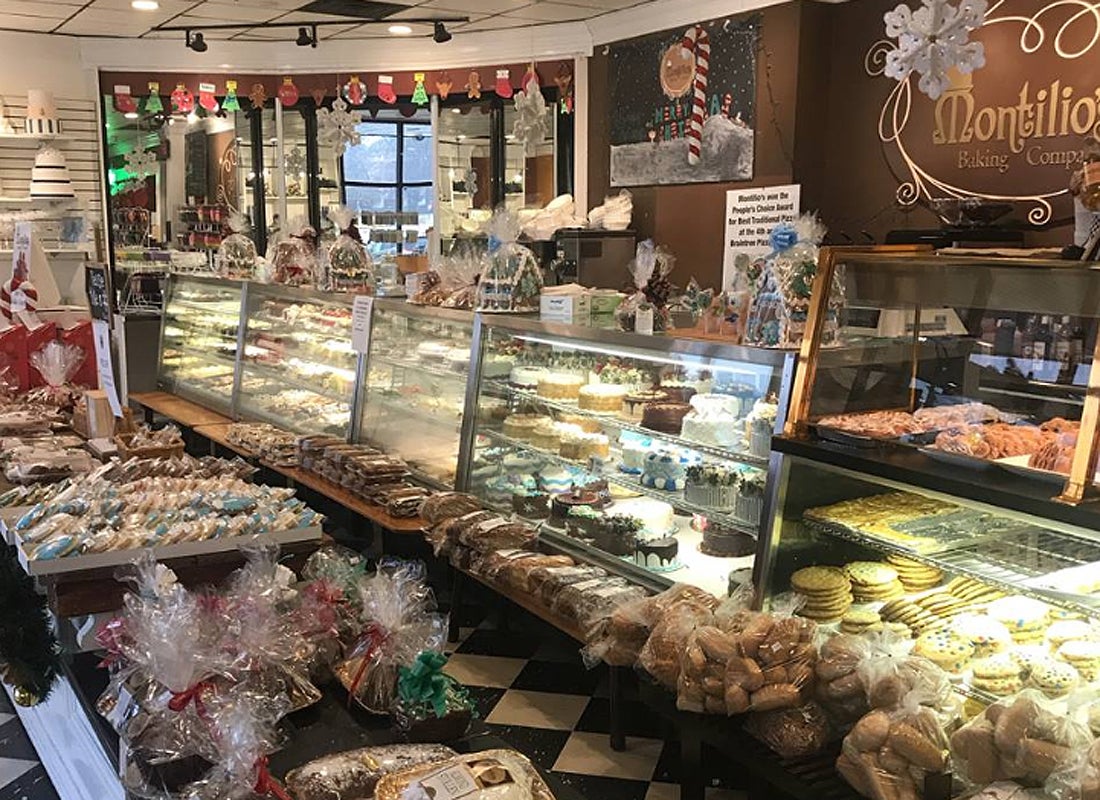 The inside of a Montilio’s bakery in December.

Montilio’s Baking Company in Braintree, Brockton, Quincy, and Weymouth said that it would ban Philadelphia Cream Cheese from its shops. It’s the first ban of its kind during the company’s more than 70 years in the Boston area, according to owner George Montilio.

“We want every edge we can get, OK?” Montilio said with a laugh.

He said he sent 12 30-pound bulk boxes — more than 350 pounds’ worth — of the cream cheese back to his distributor.

Typically, the shop offers Philadelphia Cream Cheese cups with its bagels and uses the cheese for its cheesecakes, Montilio said.

“We have a new cream cheese from Wisconsin being delivered today,” he said.

When asked if he’ll use Philadelphia Cream Cheese again after the Super Bowl is over, Montilio said, “No, I think we’re done. As long as I can hold out, I’m going to hold out. Because if we don’t win, that’s another reason not to buy it.”

Montilio’s is showing Pats pride in another way this Monday: The bakery will deliver a 16-foot-wide Boston cream pie cake in the shape of a football to Gillette Stadium for the Patriots send-off rally. The cake will have five Super Bowl trophies on it, Montilio said, with an empty space left for the hopeful sixth.

The everything-Philadelphia on the Esplanade ban:

The Esplanade Association said that it was banning certain Philadelphia-themed foods, items, and people from the park in policy changes that will be in effect until Feb. 5. The ban encompasses the 3.5-mile stretch from the Museum of Science to the Boston University Bridge.

Effective today through Monday, February 5, the Esplanade Association announces a series of rule changes to ban Philadelphia-Themed Products in the Park. pic.twitter.com/KX4YkRaqpP

Actor Will Smith, an Eagles fan and Philadelphia native, along with Sylvester Stallone, another Eagles fan who attended high school in Philadelphia and played the title character in the film “Rocky,” which was set in Philadelphia, are prohibited from entering the park, as are mummers. No one is allowed to wear Philadelphia sports attire of any kind — that of the Eagles, Flyers, 76ers, or Phillies — or anything in the color “midnight green.” Banned foods include cheesesteak sandwiches, soft pretzels, Crisco, and — you guessed it — Philadelphia Cream Cheese. Also banned: eagles (“yes, even bald eagles,” wrote the association) and cracked copper bells.

“We realized that appearing in a Super Bowl for only the third time – and first time since losing to the Patriots in 2005 – was disorienting for Philadelphia fans and that clarity on acceptable items to bring in our park should be offered,” said Michael Nichols, executive director of the Esplanade Association, in a statement. “Given the Patriots are appearing in their record-extending 10th Super Bowl, we understand this information may not be needed by most park visitors.”

Boston isn’t the only city forbidding items ahead of the Super Bowl matchup. Dottie’s Donuts in Philadelphia announced on social media that it was banning Boston cream doughnuts and any “New England themed” doughnuts from its menu “until the Eagles win the Super Bowl.”

Then, in a follow up social media post, the shop wrote that it was selling a “Creamed Boston donut,” writing, “Eat your heart out, Tom Brady.” 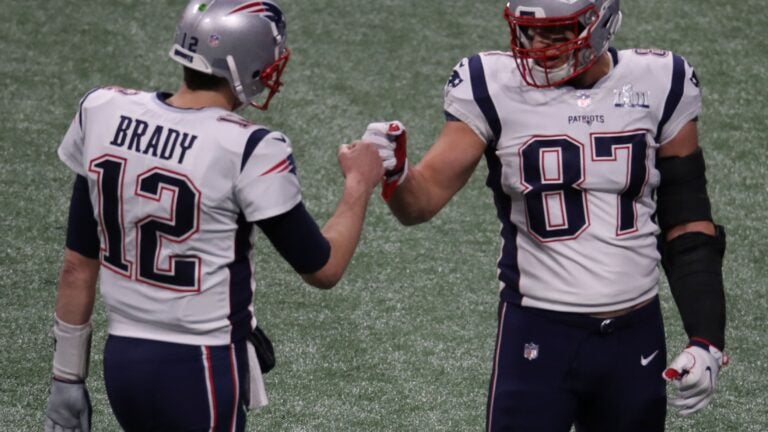