Here’s the bad news: You’re probably not as good of a person as you think you are. At least, that’s according to Dolly Chugh, a social psychologist and associate professor of management and organizations at the Stern School of Business at New York University.

“There’s a lot of good people who are doing things that aren’t so good,” Chugh said.

She said people who consider themselves “good people” are often unaware of the not-so-good choices they’re making when it comes to equality, diversity, and inclusion. For example, you may believe you’re inclusive, but does your social media activity reflect that? You may think you embrace diversity, but have you ever avoided someone from another culture because you weren’t sure how to pronounce his or her name?

Chugh wrote a book, “The Person You Mean to Be: How Good People Fight Bias,” about her findings. It’s out Tuesday, and she’ll discuss it at an event at Harvard Book Store on Sept. 11.

There’s positive news, though: Chugh says there are clear ways to improve. She offered the following tips for becoming the person you want to be.

Therefore, it’s more productive to consider yourself “good-ish” than “good,” she said.

“A good-ish person is someone who is striving to be a better person,” Chugh said. “When they make mistakes, they own them, they learn from them, they keep getting better, rather than doubling down and saying, ‘What do you mean? I’m a good person.'”

Are you only listening to the voices of people who are similar in viewpoint and background to yourself? To find out, Chugh suggested examining the last 10 tweets you’ve retweeted, the last 10 podcasts you’ve listened to, and the last 10 movies you’ve watched.

“How similar are they to each other?” she asked.

If they are very similar, she said it’s time to branch out.

“Immediately, you can change who you follow on Twitter or the movies you see this weekend,” she said.

For her book, Chugh said she interviewed a white male executive who said he took pride in his sensitivity to women’s issues. However, his social media activity did not reflect that — only 20 percent of the people he followed were women. According to Chugh, once the executive realized he was not acting like the person he said he was, he fixed it quickly by following more women on social media and reported feeling more in tune with women’s issues.

3. Don’t be intimidated by unfamiliar names

“Most of us avoid saying names that we don’t know how to pronounce,” Chugh said. “Another thing I noticed I do, and I think others do as well, is we avoid that person, we avoid interacting with them and saying their name because we are afraid we can’t say their name properly.”

It’s important to be aware of this behavior so you can change it, she said.

“If we believe in diversity and inclusion, but we are avoiding people whose names we’re not familiar with, then we’re not going to build more diverse workplaces, communities, and neighborhoods,” Chugh said.

She said she writes in her book about two people, one with a more traditional American name and one with a long, multisyllabic Indian name, who moved from “awkward avoidance to learning and engaging in an honest way” when the former person learned how to pronounce the latter person’s name.

“I spend a lot of time looking up how to pronounce people’s names,” she said.

4. Evaluate how you run meetings at your office

Chugh said she turned to Tony Prophet, chief equality officer for Salesforce, for tips for her book about how to be more inclusive in the workplace.

“It turns out that all the same things that lead to better meetings also lead to more inclusive cultures at work,” Chugh said.

For example, according to Chugh, if men are getting promoted more than women at an organization, or if minorities are feeling that they aren’t being given the same opportunities as others, these issues are likely happening on a smaller scale in that organization’s meetings.

“Run better meetings by including more balanced airtime, a safer environment for disagreement, and diversity at the table,” Chugh said. 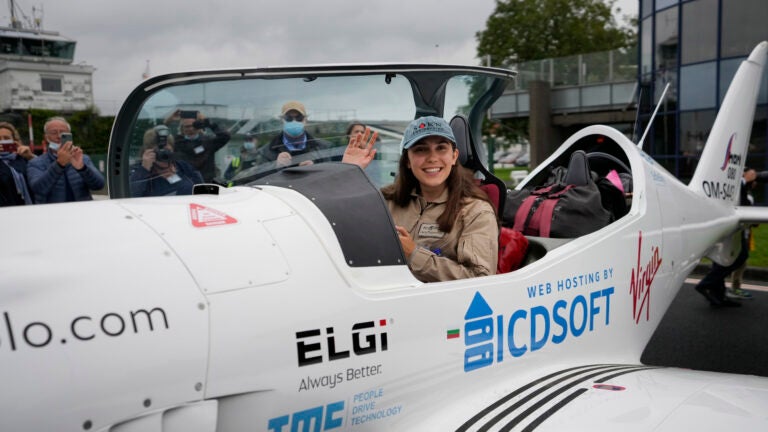