“In today’s world, we see it every day in the newspaper, on the news, on TV, where a woman is being attacked,” said Osgood, an instructor at Hardline Krav Maga in Dorchester. “I really have a passion for helping women create a situation where it’s an even match, [and giving them] certain skills where they can get out of a bad situation.”

Osgood has been teaching Krav Maga, a hand-to-hand combat system developed for the Israeli military, for five years. He said his students are women, men, and children who range in age from 5 to nearly 70.

On March 31, Osgood will teach a sold-out self-defense class for women at The Salvation Army Boston Kroc Center in Boston. He is expecting 250 people, and the Kroc Center said it plans to offer more classes in the future.

Osgood shared the following six tips for women ahead of the class.

Be aware of your surroundings

Do you walk in public with your head down while typing on your cell phone? Or maybe you run while listening to a playlist or podcast? These are habits you need to break, Osgood said, because a potential attacker is looking for people who are distracted and have made themselves a “soft target.”

“People walk around with two earbuds in and the music, or whatever they are listening to, is on max, and they really can’t pay attention to what’s going on,” Osgood said. “You should use only one earbud and it shouldn’t be turned up all the way, just so you can keep some sort of awareness.”

If you notice someone fishy, examine what they are wearing and what they look like, Osgood said — and make sure they know you are doing it.

“Become a good witness,” Osgood said. “Don’t be afraid to engage people. [Say,] ‘Hey, what do you want? Why are you walking near me?’ If a person isn’t looking to hurt you, they may get offended, but so what? If they are, then they become aware that this isn’t going to be easy.”

Think of your body parts as weapons

“Within our bodies, we have different-range weapons,” Osgood explained.

In his classes, Osgood teaches people how to strike a perpetrator using each weapon. For example, a popular Krav Maga punch is called a “hammer fist” — a person punches using the outside, fleshy part of the hand, rather than the knuckles.

“[Your feet, fists, knees, and elbows] can all be taught to be very effective against anybody — [a person of] any size, shape, weight, height,” he said.

Carry pepper spray — and know how to use it

It’s not enough to just have pepper spray, Osgood said.

“If the first time you use pepper spray is when you need it, it may not help,” he said.

Osgood teaches a class in which he covers how to hold the can, use the trigger, and judge the distance it will go. Pepper spray works anywhere from 8 to 15 feet away, he said.

“It sounds like common sense, but most people aren’t familiar with how the trigger works and how they should be holding it,” Osgood said. “The trick to pepper spray is to have it in your hand, ready to go, so your finger is on the trigger. Also, to be able to judge distance, to know how far it’s going to go. Practice your distance, practice your aiming.”

Your mental state is just as important as how you handle yourself physically, Osgood said, which is why he trains his students to the point of exhaustion using push-ups, sit-ups, and drills. He wants his students to get pushed to what they feel is their limit and then keep going, he said.

“At that point, that’s when we focus on the technique,” Osgood said. “Can you still perform the technique efficiently? Does your form get bad because you are tired? Being exhausted and pushing through, it helps you create a sense of, ‘I can fight ’til the end.'”

Be willing to hurt the person who tries to hurt you

“I’ve had students in the past that have said, ‘I can never do this to someone,’ and that’s a problem,” Osgood said. “If someone’s trying to hurt you, you need to be able to hurt them.” 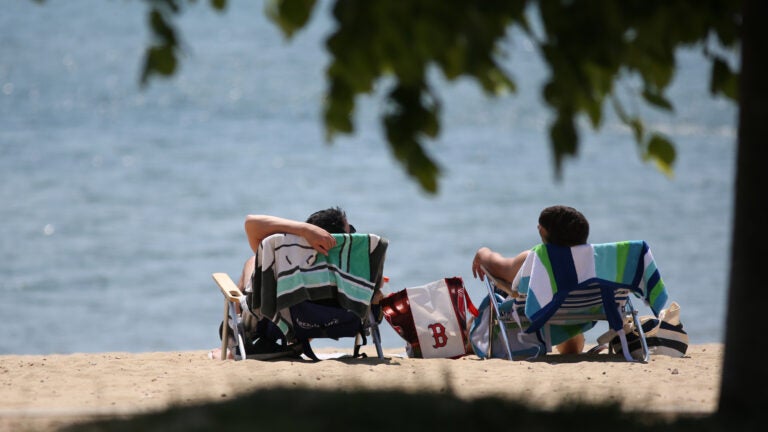 Let us know: How do you keep cool during a heat wave?