July is the first month of the year fully steeped in summer, meaning more outdoor concerts, movies, and workouts, as well as opportunities to beat the heat.

Read on for a curated look at the best things to do around the city every day of the month, whether soaking up the sun or finding refuge in the AC.

Tuesday, July 2
Harborfest Fireworks & Lighted Boat Parade Cruise. Step onto a boat decked out in lights for a cruise around Boston Harbor, then marvel at a fireworks display on the waterfront. (8:15 p.m. – 11 p.m.; departs from 60 Rowes Wharf, Boston; $100 for children, $130 for adults; all ages)

Wednesday, July 3
MFA Concerts in the Courtyard: ÌFÉ. Pack a picnic and soak in the sounds of ÌFÉ, the musical brainchild of Puerto Rico-based drummer, producer, and singer Otura Mun, on the Museum of Fine Arts’s Calderwood Courtyard. (7:30 p.m. – 9:30 p.m.; Museum of Fine Arts, Boston; $24 – $34; all ages)

People celebrate in the confetti during the Boston Pops Fireworks Spectacular on July 4, 2018.

Saturday, July 6
The Lawn on D’s Summer Block Party. From bubble soccer and rock climbing to salsa dancing and the Blue Man Group’s drum-off, this event brings many ways to enjoy Lawn on D besides those ‘grammable swings. (July 6 from noon – 11 p.m., July 7 from noon – 10 p.m.; The Lawn on D, Seaport District; free; all ages)

Monday, July 8
Harmonica Lessons at Faneuil Hall. All ages and experience levels are welcome at this weekly learning and jam session, led by UMass Lowell professor John Shirley and musician Jason Novak. (5:30 p.m.; Outside the south entrance of Cheers at Faneuil Hall Marketplace, Boston; harmonicas available for $2 – $20, free for children 12 and under; all ages)

Thursday, July 11
Harvard Stadium Stampede. Break a sweat on the steps or field of Harvard Stadium to raise money for the nonprofit Positive Coaching Alliance. (6:30 p.m.; Harvard Stadium, Lower Allston; $20 for under 25, $25 for 25+; all ages)

Friday, July 12
Free Fun Friday on the Charles River. Be it canoeing on the Charles River or listening to story time with free Ben & Jerry’s, there’s something for everyone in the family during this day-long event. (10 a.m. – 4 p.m.; Christian Herter Park, Lower Allston; free; all ages)

Monday, July 15
Country Night at Fenway Park. Pull on some cowboy boots and mosey over to Fenway Park, where the Timmy Brown Band will perform on Jersey Street before the Red Sox take on the Toronto Blue Jays. (7:10 p.m.; Fenway Park, Boston; $30 – $104; all ages)

Wednesday, July 17
Commonwealth Shakespeare Company’s “Cymbeline.” Shakespeare on the Common returns with a drama-comedy hybrid that “chronicles the fates of King Cymbeline and his family through a journey of deception, intrigue and separation.” (8 p.m.; Parkman Bandstand on the Boston Common, Boston; free; all ages) 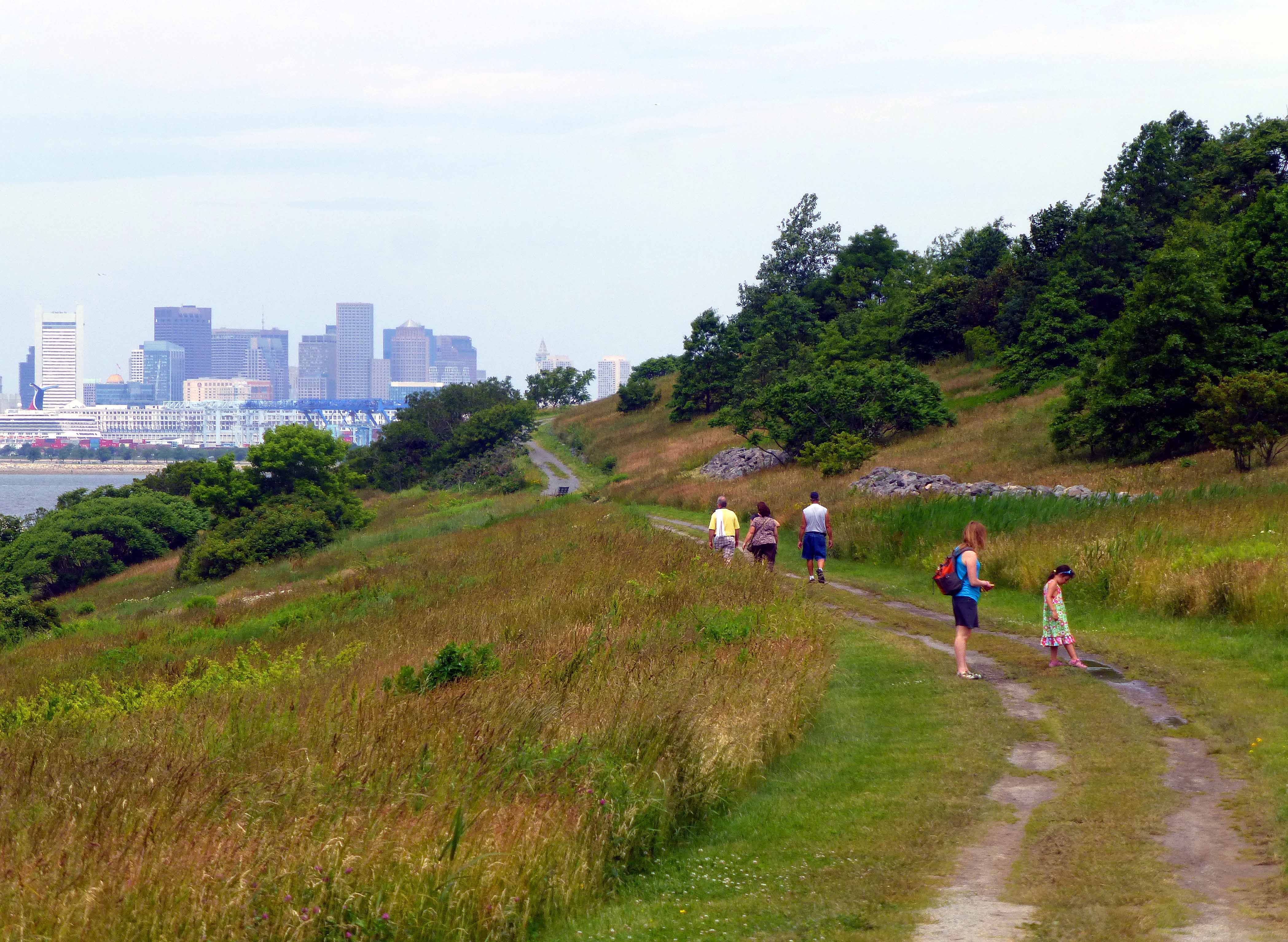 Visitors enjoy spectacular views as they walk the trails at Spectacle Island.

Tuesday, July 23
Sip & Spell at Sam Adams. If you nab first or second place at this 21+ spelling bee, you’ll be invited back to compete for the grand prize at the end-of-year competition. (6 p.m. – 8 p.m.; Samuel Adams Boston Brewery, Jamaica Plain; free entry; 21+)

Thursday, July 25
Greenway Augmented Reality Tour. Download the Hoverlay app and allow a park ambassador to guide you in seeing art on the Greenway like you’ve never been able to before. (Noon – 1 p.m.; Dewey Square on the Greenway, Boston; free; all ages) 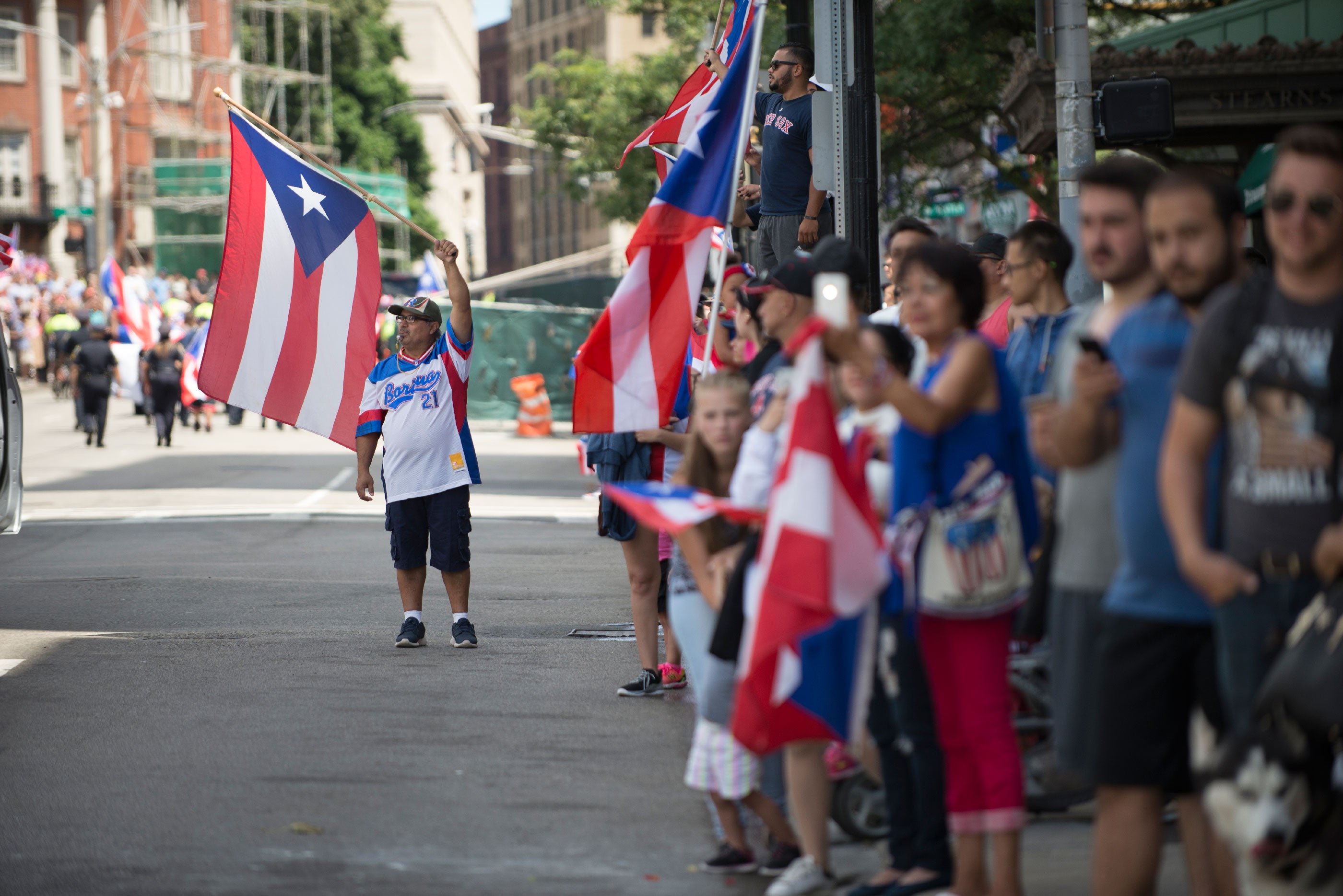 Danny Arroyo holds a Puerto Rican flag during the 50th annual grand parade of the Puerto Rican Festival of Massachusetts in 2017.

Sunday, July 28
Sweat Crawl on the Greenway. Dance, jump, and kickbox your way through three 30-minute workouts under the sun. (10 a.m.; Atlantic Avenue from High Street to State Street, Boston; $40 – $50; all ages)

The Dish: Olympic-themed cocktails, pizza by the beach, and Taiwanese fruit tea