Chris Evans came home this weekend, in more ways than one.

The “Captain America’’ actor leapt to the rescue of Concord Youth Theatre, helping his childhood theatre company secure a permanent home after years of itinerancy.

On Saturday, the Sudbury native appeared to officially open and dedicate the new space, at 53 Church St., standing in support of his mother, CYT artistic director Lisa Evans.

“It was a home away from home, a place to feel safe, to take risks and explore what would ultimately be my career,’’ said the actor, speaking to a crowd of approximately 100 people gathered on the new location’s front steps.

“We didn’t think we were going to Broadway,’’ he added. “We thought this was Broadway.’’

Dressed in a Red Sox cap and blue cable-knit sweater, Evans helped his mother and founding CYT member Kathryn “Kay’’ DeFord, to whom the space is dedicated, with the ribbon-cutting.

Decades before Marvel came calling, a 9-year-old Evans fell in love with acting in CYT productions; DeFord’s mentorship there, both Evans said, was crucial. Said the actor’s mother: “Because Kay told a little boy he should do film, he thought, ‘Huh, maybe I’ll do film.’ ’’

Of her own relationship with the actor, DeFord added, playfully: “How many 81-year-old women can say they’ve been kissed by Captain America?’’

During a quick interview inside, Evans expounded on his love of CYT, calling the group his “childhood’’ and crediting “the general feeling that the actors here had, that sense of safety’’ with encouraging him to pursue acting.

Said Evans: “Every role felt like it was Broadway, like it was the most important role in the world.’’

Evans’s mother noted that all four of her children were involved with CYT across their formative years. “It’s never about the acting,’’ she said. “It’s always about kids feeling safe, finding their voice.’’

Despite his thriving career in Hollywood, Evans plans to remain involved in an advising capacity.

“Massachusetts has always been a really solid representative of the arts, in theater and beyond,’’ he explained. “Now that we have a place where we can lay down some roots, I’m just excited to see it grow and affect generations to come the way it affected me.’’ 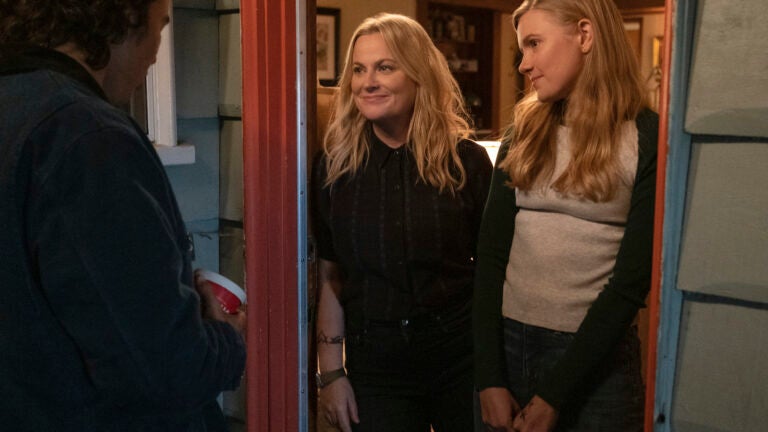 Here are all of the Netflix original movies coming in 2021