A planned 5,000-seat music venue next to Fenway Park has a new name.

In a press release, MGM Resorts Chairman and CEO Jim Murren said that with Red Sox games inside the park and performances next door at MGM Music Hall, visitors to Lansdowne Street would be able to enjoy “unforgettable experiences on both sides of the world-famous Green Monster.”

In addition to hosting a wide range of live events, owners of the mixed-use venue — which will be located on the corner of Lansdowne Street and Ipswich Street beyond Fenway’s right field bleachers — hope to partner with nearby schools, colleges, and neighborhood organizations to “create an epicenter for the performing arts community in Boston,” according to the press release. The Red Sox previously pledged to donate $500,000 to the nearby Boston Arts Academy when the project was first approved.

MGM Music Hall at Fenway is part of FSG’s long-term plan to ensure Lansdowne Street and the surrounding neighborhood remains a vibrant, heavily-visited destination even when the Red Sox are not in season.

“The success of Fenway Park as a year-round venue has paved the way for this project, which will ensure the Lansdowne Street area remains a true entertainment district in Boston,” FSG Chairman Tom Werner said in a 2018 statement. “To have an intimate, indoor performing arts space for smaller-scale events will allow for a wider array of uses throughout the year.”

The venue will be managed and operated by Fenway Music Company, a joint venture between Fenway Sports Management and Crossroads Presents that also runs the nearby House of Blues Boston. Construction on MGM Music Hall at Fenway will begin later this month, with an official groundbreaking ceremony scheduled for Nov. 22. If work stays on schedule, construction is set to be complete in the fall of 2021. 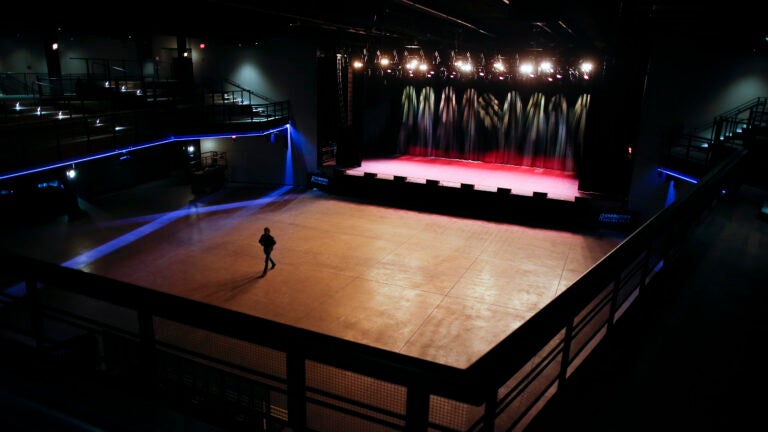 'It’s amazing to see it come together': Here's what to expect at Boston's newest music venue