Do you have a bad habit you desperately want to kick to the curb?

Perhaps you are overeating or spending too much time on technology or your house is full of clutter.

You can rid yourself of the habit by forming “tiny habits,” according to BJ Fogg, a behavior scientist and author of “Tiny Habits: The Small Changes that Change Everything,” released Dec. 31.

Fogg’s book is the result nearly 20 years of research and hands-on practice related to behavior change, he said.

Fogg offered the following tips ahead of his appearance at Harvard Book Store on Wednesday.

Stop beating yourself up.

If you’ve failed at breaking a bad habit in the past and feel terrible about it, it’s time to put those feelings behind you, Fogg said.

“Don’t do self-trash talk,” Fogg said. “Don’t think that you are a failure because you have this habit. That’s not helping you. And it’s not true. The reason you have this is you haven’t been given the right way yet to untangle this bad habit.”

According to Fogg, “you change best by feeling good, not feeling bad.”

“Rather than focusing on breaking the habit, you actually untangle it,” Fogg said.

You can do this by creating positive tiny habits, he said.

“You are creating habits that might seem ridiculously easy, but through that, you see that you can change, and you get better at changing,” Fogg said.

The tiny habit should take less than 30 seconds to complete, according to Fogg, so that time is not a deterrent and the new habit grows naturally.

In his book, Fogg shared his struggle with not flossing enough. He implemented a tiny habit of flossing just one tooth a day. He scaled back the behavior to make it more manageable. After a few weeks, he was flossing all of his teeth.

“Don’t tackle the monster from the front,” Fogg said. “Instead, go create a bunch of super, super easy habits. That’s where you start.”

He writes in his book about a woman who wanted to clear her life of clutter. After starting a tiny habit of picking up a single piece of trash from inside her car every time she arrived at home, once her car was clean she found herself wanting to continue the behavior inside her home.

You have to start small to grow big, according to Fogg. Tiny habits create consistency, he said, and then your new habit becomes firmly rooted.

If your ultimate bad habit is binge-eating at 3 a.m., all of the tiny habits you create that involve positive eating throughout the rest of your day will change that habit, he said.

“Eventually, the 3 a.m. binging will feel very inconsistent with who you are,” he said.

Write down ‘recipes’ for your tiny habits.

Fogg recommends creating a “recipe” for how you’re going to handle your tiny habit. You can write them on index cards and keep them in a box or use his template online.

A recipe looks like this: “After my boss offers me a piece of candy, I say ‘No thank you,'” Fogg said.

If your recipe isn’t working, just change it, he said.

“That’s one of the key things,” he said. “If you write this recipe out and it doesn’t work, change it. Just like any other recipe. That’s a big part of the mindset of tiny habits.”

Don’t forget to recognize your success when you complete a tiny habit, he said.

“Let yourself feel good about that,” Fogg said. “Then go: ‘Man, I am changing.”

Examples of recipes for tiny habits from Fogg’s book. 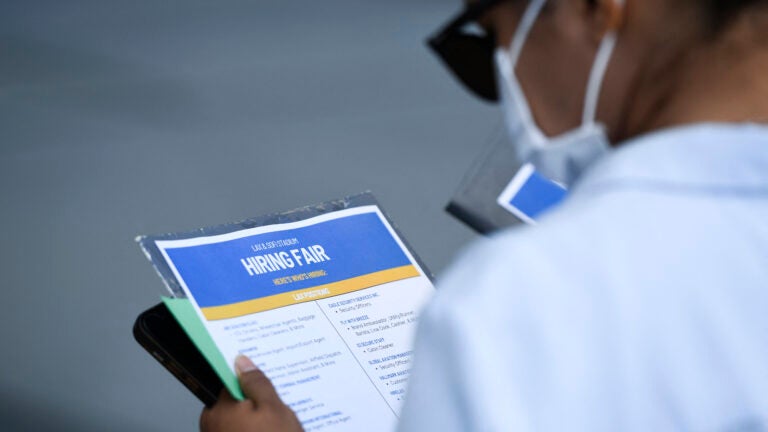 Why is everyone quitting, and how do I know whether it's time to leave my job?