It’s move-in day in Boston, a Sept. 1 right of passage, and – despite the city’s history with so-called Storrowing, traffic jams, and road closures — it’s been business as usual as of Sunday afternoon.

“Nothing to report,” an Allston/Brighton Police spokesperson told Boston.com.

Bostonians both seasoned and fledgling took to Twitter over the weekend in anticipation of what is traditionally known as “Allston Christmas,” where town residents in the midst of moving turn their attention to street-side furniture and homeware, all free for the taking. One Twitter user created an Allston Christmas Bingo card, listing commonly encountered items like “rolly desk chair,” “floral couch,” and “broken bed frame,” among others.

Others captured moments from the sunny, crisp September morning.

If you didn’t bother to get a permit you can just drive the wrong way down a 1-way street and park on the sidewalk. #allston pic.twitter.com/n5bsrePS26

Merry #AllstonChristmas! Many getting an early start this morning by preparing to either move in or out of apartment units. We’re also seeing some bargain hunters going through boxes of unwanted items & furniture. @wbznewsradio pic.twitter.com/2cpbsjO9Qt

Some residents, like a group of Mayor Marty Walsh liaisons, took to Allston streets to welcome newcomers.

Good morning! Some of our @marty_walsh liaisons are out in #Allston this morning welcoming new residents! Looking for moving info? Visit https://t.co/0PFeurkT9k. Welcome to #Boston! pic.twitter.com/3uOeynPCR7

Dunkin’ even offered advice — and a free sample.

Find our street team in your neighborhood from 10am-2pm for some FREE Cold Brew samples and surprises! ☕️ pic.twitter.com/AXU0jWoKvR

But like any other holiday, official or not, the afternoon was filled with warm wishes, good tidings, and the occasional Christmas Scrooge.

Merry #AllstonChristmas to you and yours ??

my fellow bostonians, on this holy #AllstonChristmas, let us remember that one man’s trash is…actually just trash, probably

Visit Live blog: Red Sox look to even up the ALCS in Game 2 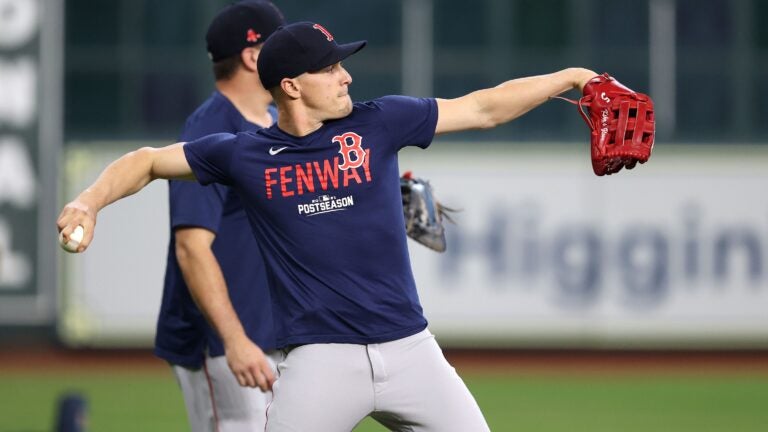 Live blog: Red Sox look to even up the ALCS in Game 2