This year, Pride month comes at the tail end of what has been a hard year for many members of the LGBTQ+ community, which is why the 2021 Boston Pride theme, “The Rainbow After the Storm,” feels so fitting.

The theme, which was chosen through a community poll, shows a desire to reflect on the difficulties brought about and exacerbated by the pandemic while looking forward to the progress that lays ahead.

“I’ve always been down for my LGBTQ+ community,” Carlos of Hyde Park told Boston.com in a recent survey. “My hopes are the same as everyone that’s positive, and that is that everybody should love and respect each other no matter what!”

Pierce Durkin, director of operations for Boston Pride, said he was hopeful this year’s Pride would be an opportunity for togetherness.

“It could still be a time where the community can come together and support each other and heal from the events of the past year while committing to continue to work as a community towards acceptance, justice and understanding,” he said.

A number of local LGBTQ+ activists have called on Boston Pride to overhaul its leadership to include more queer, trans community members of color. The group is holding its own Pride events and hosted its own mayoral forum. The Boston Globe reported on June 9 that Boston Pride Board President Linda DeMarco plans to resign this summer. Durkin told Boston.com the organization is working with a “transformation advisory committee” to bring change to top leadership.

Last year Pride came at the peak of the pandemic in the United States, and Boston Pride was unable to celebrate its 50th anniversary as it had planned. The commemoration or the anniversary was moved to this year instead, and serves as a reminder of how much headway has been made in the rights of people in the LGBTQ+ community in the last 50 years, said Durkin.

“There have been triumphs in leadership that have emerged out of the community, and it’s been truly inspiring to watch that happen and to watch history repeating itself,” Durkin said, referring to the LGBTQ+ and trans specific activism that occurred after the 1969 Stonewall riots.

There have also been a number of hard losses over the last year. Among them was the killing of Jahaira DeAlto, a transgender woman of color and well-known activist, who was fatally stabbed in Boston. Earlier this year, Mikayla Miller, a Black LGBTQ+ teenager, was also found dead in Hopkinton. Police ruled her death a suicide, but her family and local advocates have rejected the investigation’s finding. Their deaths are reminders that there’s still work to be done to protect members of the LGBTQ+ community.

The coronavirus pandemic laid to bare the vulnerabilities many in the community face, particularly among trans people. There are currently more than 80 bills in state legislatures across the country that specifically target trans people, according to Durkin.

Tre’Andre Valentine, the executive director of the Massachusetts Transgender Political Coalition, said he has seen many trans people across the state face housing instability, medical discrimination, food insecurity, and isolation over the last year. Each of those problems was only made worse by the pandemic, according to Valentine.

“As a community, I think people are still trying to triumph over the last year,” he said.

What he’s been most heartened to see over the last year has been the emergence of the Transgender Emergency Fund, a non-profit, that provides financial and general resources assistance to low income and homeless trans people in need. Valentine said he’s also feeling optimistic about ongoing political support at the State House to improve access to medical care for trans people across the state by training healthcare providers and facilities to provide adequate care.

“One of the things that makes me hopeful for the future is having these discussions and strategizing ways to ensure providers at all levels are really being trained to work with our communities,” Valentine said. “I think it would be a great piece of work to move things forward.”

The coalition also plans to spend much of the next year building out its community work by supporting local leaders and providing resources to allow trans people across the state to self-advocate.

Although many Pride events in the city will be virtual this year due to the ongoing pandemic, Durkin’s hope is that each will inspire members of the LGBTQ+ community and its allies to look to the rainbow after the storm as an inspiration to continue working toward equal protections and acceptance.

One such protection was extended on June 16 when the Education Department issued guidance that Title IX prohibits discrimination against gay and transgender students at school, reversing a rule under the Trump administration that said they weren’t protected by federal law.

“There’s a lot to celebrate,” Durkin said. “There’s been a lot of advancements that have happened over the past 50 years, but it is clear that there’s still so much work to be done, and we have to recognize and honor that as we move forward.” 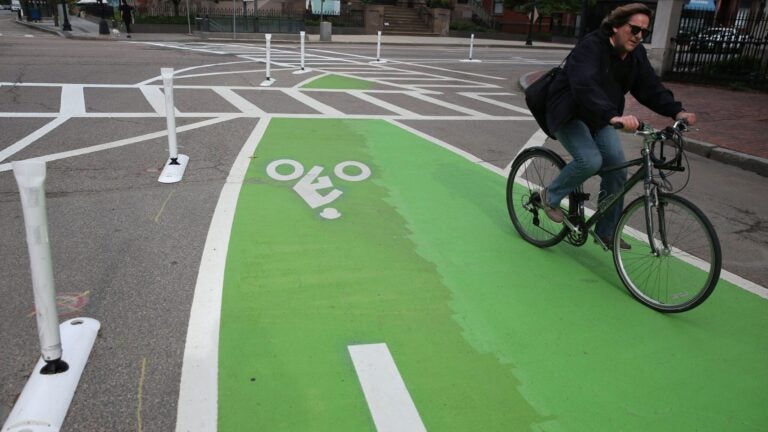