Sorry, “Jaws” fans, but you won’t be seeing the “Bigger Boat” out on the water anytime soon.

Weeks after announcing a public contest to name two new ferries in its fleet, the Steamship Authority, or SSA, said it has settled on a shortlist of names for the boats.

The internet’s best and brightest had 30 days to submit their ideas on a special website, NameTheSSAVessel.com. The SSA received a total of 9,275 names. Ultimately, it’s up to the advisory board to decide — so “Amity,” “Great White,” “Sam Quint,” and, yes, “Jaws,” are off the table.

“Staff appreciates, but ultimately must sadly recommend rejecting, various references to Jaws that were submitted, as well as “Boaty McBoatface,” “Ferry McFerryface,” and “Steamy McSteamface,” reads a document from the Steamship Authority’s Communications and Marketing department.

“Boaty McBoatface” was coined in 2016 as a viral entry into a British mothership-naming contest. The name was similarly rejected by a UK council in favor of “Sir David Attenborough.” Authors have coined the term “McBoatfacing,” defined as making “the critical mistake of letting the internet decide things.”

The Authority’s contest, announced in August, requested ferry names that embody the “local flavor and/or maritime history” of Cape Cod and the Islands. The two winners will receive $250 SSA gift cards.

At a Sept. 12 meeting, the Steamship Authority staff put forward a slate of nine names for its Board of Governors to review at the end of the month, all of which are references to local landmarks or indigenous tribes.

“Noepe,” the Wampanoag name for Martha’s Vineyard, garnered the most public submissions, with 295.

“In determining the names to be included, staff was mindful of the most popular names submitted as part of the contest, the Authority’s tradition of naming vessels after regions from the Authority’s communities, and a balance of potential names from each of the five port communities,” the SSA’s Communications and Marketing department said.

The first of the SSA’s newly acquired vessels is expected to be operating on Steamship Authority routes to Martha’s Vineyard and Nantucket next summer. The two ships are expected to remain in service for at least the next 25 years. 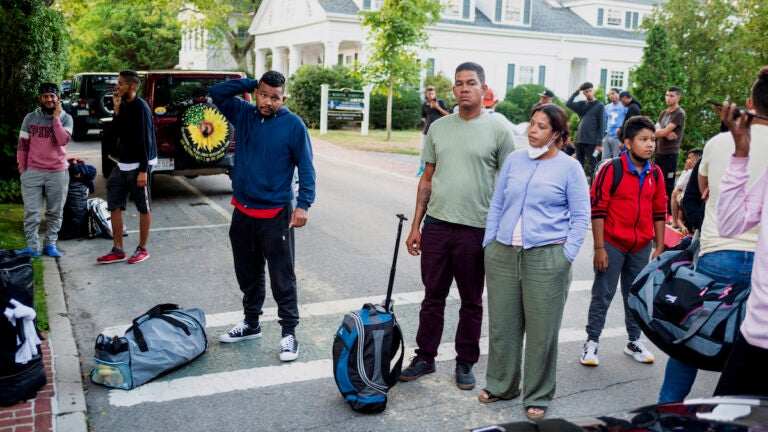 Watch: Migrant tells CNN how he was recruited to lure others to Martha's Vineyard