The Jack Kerouac Foundation wants to build a Jack Kerouac museum, performance, and education center in the former Lowell church where the iconic American novelist once served as an altar boy in his hometown.

The Jack Kerouac Museum and Performance Center at the former St. Jean Baptiste church, built in 1896 and where Kerouac’s funeral was held in 1969, could cost as much as $10 million to $15 million, Jim Sampas, literary executor of the Jack Kerouac Estate, told The Boston Globe.

The foundation has met with the building’s owner, architects, and directors and developers of the Grammy Museum, the National Steinbeck Center, Woody Guthrie Center, Rock and Roll Hall of Fame, and others to discuss the project. Now the group is sharing architectural renderings of the concept ahead of its capital fundraising phase.

“We have put many things into motion this year and feel it’s time to share our detailed vision for the Jack Kerouac Center as we delve into the major fundraising it will take to make it a reality,” Sylvia Cunha, executive director of the Jack Kerouac Foundation, said in a statement. “Once the world of Kerouac fans and the local community see what we’d like to do, we can move down the road to creating a hometown destination for visitors from far and wide.”

The center will serve as a welcoming hub for Kerouac fans and also “a connective thread to the community, where artists of all stripes can perform and exhibit, and young writers of all ages from area schools can learn and share their craft,” according to the foundation.

The foundation has been working with SCB Architects, which has offices in Boston, Chicago, San Francisco, and Seattle.

“We are very energized by the opportunity to work with the Jack Kerouac Foundation to create a home for the museum and performance center that expresses the importance the City of Lowell played in Jack’s life and serves as a catalyst for the city’s vibrant arts scene,” said Bryan Irwin, Principal at SCB Architects, in a statement.

The St. Jean Baptiste church closed in 1993 and then became part of Nuestra Senora del Carmen Parish in 1994, according to the foundation, before it was closed for good in 2004, deconsecrated, and purchased by current owners TMI Property Management & Development.

Kerouac, whose most popular work is the 1957 novel “On the Road,” was born in Lowell in 1922. During Kerouac’s centennial birthday celebration in March, the foundation invited the public to check out the former church.

“While there are monuments honoring Kerouac in Lowell and other places, there is no museum or performance center offering popular access to artistic performances and a wide range of archival materials touching on his life, work, and history as a product of Lowell,” Sampas said in a statement. “Visitors from around the world who come to re-trace his steps here deserve a place where they can see and experience how he was shaped, what he produced, and how he has influenced artists everywhere. What better place than the building where his funeral Mass was conducted and where he served for a time as an altar boy?”

The foundation has posted its plans on jackkerouaccenter.com, as well as a donation link for the project. 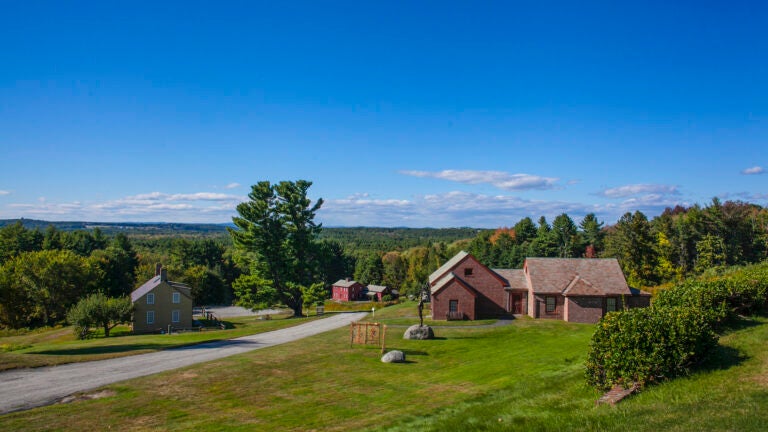