Writer AJ Kay was 28 when she wrote a long letter to someone she couldn’t be with–a former love.

It tells a story. Here’s an excerpt:

How does that level of familiarity still feel right, after eight years of silence?

My dad called me a few hours after you did, to tell me what you had just told me yourself — that you had called my childhood home to ask for my phone number the week before. He and I talked about the usual dad crap; work, weather, blah blah blah. And then Dad said, “The funniest thing happened. You’ll never guess who called…’’

He always admired you, at least for the way that your deference bolstered his ego. He loved to tell the story of how you came over to pick me up for a date and you were so nervous to meet him. It was a good story: small town football god turned NFL player who had, at his peak, been scared of my dad.

He had this glow about him in the retelling of that story. He took pride in being perceived as so protective; in being my guardian, even to the 6’6’’, 19-year-old man-child built of nothing but bravado, muscle, and ambition. He didn’t know that the reason you were so scared was that you were high as a kite and that you took me straight from his house to your bed where we spent the following six hours, as my curfew came and went, writing love letters on each other’s naked bodies.

Goddamn, being 17 was beautiful.

We were love and light, posing as people. Our youth and our passion imprinted on that time and space and it still exists, somewhere in the world. I know it does because I felt it when you spoke through that phone… eight years later.

I have been running your call over and over in my head: Hearing your voice for the first time in the better part of a decade and recognizing it before you even finished, “Hey, hey, baby girl! It’s me!’’

I knew the depth of the timbre and how you always seemed to be on the verge of laughter. That thread of amusement ran through every part of you… your eyes, your voice, your hands on my body. I found it incredibly attractive.

And those hands, baby — big, strong hands that were so proud to rest on the bones of my tiny frame. That stayed connected whenever we were in proximity. Your fingertips would rest in the waistband of my jeans or thread through my own fingers in a weave no loom could rival. The curve of my lower back was made for your hand. They must’ve been carved from the same block of stone. How else could it fit so well?

It was with your hands that you lifted me over that chain link fence, like I was a feather, as we ran from that endless summer party when the cops showed up. I remember looking back at all the other kids being rounded up in the backyard, and we were already out of sight, in the darkness … safe… because your body had carried us both away. You, babe. That summer, you were my protector and my guardian. Do you remember?

I know you knew I [got] married. I had heard you got married, too. And yet you called. You said that I had been on your mind and that you wanted to hear my voice, and I fell right back into letting you lead, although this time it was just the conversation.

You told me about your daughter and your new baby and your beautiful wife. I told you about my two girls and one on the way and my wonderful husband. I don’t think my hand left my pregnant belly during the whole conversation. I was protecting her from us. Maybe trying to shield her ears from the possibility that our conversation would take a turn that threatened the stability of her world.

“You’ll always be my baby,’’ was the last thing you said before the click. Do you remember? Before the numbness I hadn’t realized existed washed back over me. I had no chance to reply, and I know you meant it to be that way. And I haven’t called you back. And you knew I wouldn’t. …

Kiss those babies for me and I’ll try my best not to wish that our ‘two girls each’ were actually ‘two girls shared’, and that the one in my belly was put there by you. But there’s really no harm if I do. Those are just dreams. I’m guessing you called because you needed to dream for a minute, too.

And dreams will always live on the other side of the fence.

There are a lot of words between those last two ellipses; you can find the full letter here.

Esther and I had plenty to say about the details and the sentiments. It’s so vivid — the way she describes the excitement, the wanting, the feeling of being young and in love.

Kay said she didn’t send this letter when she wrote it because “we were both married and the feelings were so strong and so close to the surface that I knew the act of sending the letter would set wheels in motion that we could’ve regretted.’’

Asked whether she feels the same today, she said, “In some ways. I still have the rose-colored memories.’’

Boston Globe readers get an additional 15% off Esther Perel’s Rekindling Desire, an online workshop for couples and individuals looking to keep the spark of desire alive in their relationships. To redeem, use code GLOBE here. The Boston Globe may earn a portion of sales from products that are purchased through our site as part of our Affiliate Partnerships with retailers. 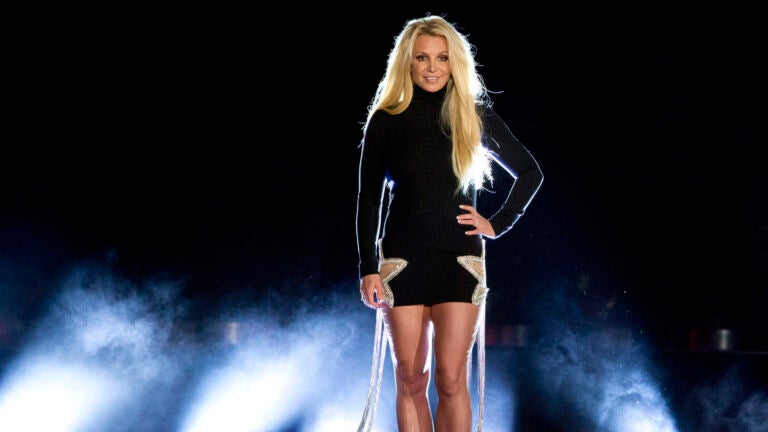