Barack Obama, U.S. president and golfing delinquent, arrived back on Martha’s Vineyard with his family to take a vacation and unapologetically wreak havoc on rich people.

The trip is pretty much a yearly occurrence, yet the media has a long history of being outraged by Obama and his family’s incredibly rude relaxing. How dare Barack Obama publicly indulge in things like recreation? It’s like he thinks this is a free country.

Here, we present how you, civil American, can too participate in the vacation-shaming. Let’s begin.

Like Politico, you can provide a list of less-indulgent places Obama could visit instead of the Vineyard. He should “relax among the masses,’’ somewhere “more politically suited to tough economic times,’’ as Politico suggests in 2011. They then propose that places like Disney World and Sheboygan, Wisconsin, are more solid options.

Like a seasoned Vineyard vacationer, you can insist that Obama, urban hipster, is ruining your remote island spots. The Obamas were rumored to visit Sweet E’s cupcake store during a Time writer’s Vineyard vacation. “Sweet E’s cupcakes?’’ he asks. “Couldn’t they at least have picked Murdick’s Fudge or Mad Martha’s Ice Cream instead of a trendy new cupcake shop?’’ Thanks Obama.

Like the Washington Free Beacon, you can argue that Obama’s vacation is way longer than your vacation. “Obama’s Martha’s Vineyard Sojourn Four Times Longer Than Average American Vacation’’ is the headline, written by a probably starving journalist who is probably right, but still.

Like Mitt Romney, you can decide to throw stones. “If you’re the President of the United States, and the nation is in crisis, and we’re in a jobs crisis right now, then you shouldn’t be out vacationing,’’ Romney told Chicago’s WLS radio. Meanwhile, presidential candidate Romney spent so much time at his $10 million home on Lake Winnipesaukee thatPolitico dubbed his campaign absences the “Mittness Protection Program.’’ 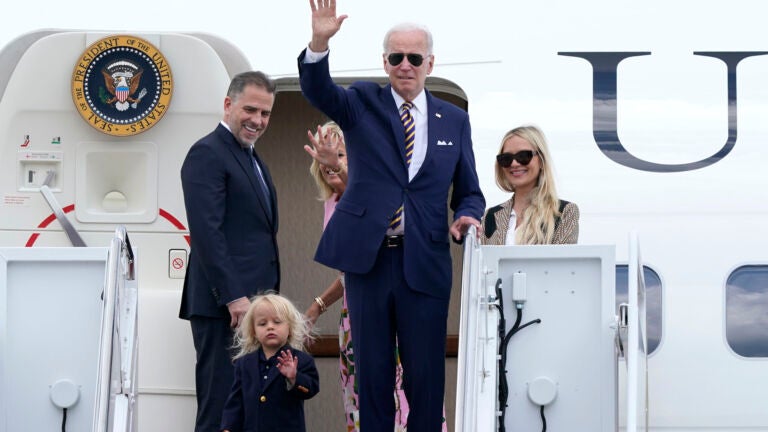