A new generation of local journalists is bringing the newsroom onto TikTok.

From the viral comedy of ‘Washington Post TikTok Guy’ to mini-documentaries of National Geographic, TikTok is a new frontier for news and local content.

No one knows this like WBZ’s Matt Shearer, who has gone viral in recent weeks for his man-on-the-street-style videos. Filmed in first-person, Shearer’s TikToks for the station highlight the best of Massachusetts – from wacky local events to Dunkin’ Donuts drama – peppered with memorable, and often bizarre, interviews with locals. “There’s just nothing funnier than reality,” he told Boston.com.

Shearer was initially hesitant to bring a relatively new trend like TikTok into the storied Boston news station’s coverage.

“I just really didn’t want to do trends or like anything that other people on TikTok are doing, because I feel like being this 100-year-old news radio station, we might come off to TikTok users as like the old men trying to fit in with the kids,” he said.

“I wanted to do what we already do on the air, which is tell interesting, compelling stories in a minute and then just apply video to it,” he said.

A former 7News journalist and anchor, Alaina Pinto takes viewers on New England adventures on TikTok (and Instagram-based competitor, Reels). Her videos share destinations and recommendations for people looking for local getaways. Some of her content even taps into her journalism roots as she delivers feature stories and profiles in a 60-second format.

“It’s been a fun, interesting transition into this world,” she said. “Where I worked, there wasn’t a huge outlet for feature stories, happy stories, adventure stories. But there’s definitely an audience for it.”

While making content for a news outlet and a personal brand presents different challenges, both Shearer and Pinto have put their stamp on social media. Their videos challenge the traditional norms of journalism – and show the best of what New England has to offer.

For content creators, the elusive TikTok algorithm can be the difference between going viral and low engagement. Shearer and Pinto agree that the TikTok algorithm is unforgiving – it’s seemingly random how many people see a given video. Unlike a traditional broadcast, no two users will see the same videos on their For You Page, as recommended content is becoming increasingly personalized to the user.

“The whole [platform] is built around showing your stuff to people who don’t follow you,” Shearer explained. “[On] Instagram and Twitter, you’re putting stuff out there for people who follow you, and maybe they’ll reshare and it’ll spread from there. But TikTok is all about deciding who the platform thinks would be interested in your content.”

For creators who depend on a video’s success for a living, this unpredictability can be difficult. But Pinto said she’s come to accept it: “Sometimes you win the TikTok lottery, and sometimes you just don’t, and it is what it is.”

When you’re making content for a larger organization, It’s easy to get caught up in numbers, Shearer explained. But he thinks his best work comes from when he’s not paying attention to the algorithm.

“I would much rather just post a really solid story and if people like it, they like it. Awesome. If they don’t, you know, so be it.”

When a TikTok does well, due to the nature of the platform, New England-based content can have a much wider reach. National, or even worldwide viewership is a possibility.

“People are finding us on TikTok that otherwise never would have pressed the AM button on their car’s radio,” Shearer said. “So far, [TikTok’s] done a pretty good job of finding people in and around Massachusetts and people from outside of Massachusetts who find us entertaining.”

Shearer said he thinks a lot of the national appeal comes from the interviews he features in his work. (For instance, a woman refers to the closure of a Billerica Market Basket to “losing a member of [her] family.”) The dialogue is completely unscripted, Shearer said, and he is often just as surprised as the viewers are.

“I think people are just so fascinated by the fact that Massachusetts is exactly like it’s portrayed in the movies. The people are actually like that.”

Pinto has noticed from analytics that she’s developed a bit of a following outside New England as well – whether it’s potential tourists or just travel enthusiasts, she doesn’t know. She said national outreach isn’t really a priority for her: “It’s okay if just New Englanders find my content to be interesting and important.”

The rise of ‘real’

Younger viewers are less concerned with curating their social media, Shearer observed, which makes reality and relatability a driving force for engagement.

“As a millennial myself, I know that so much of social media is just BS. It’s refreshing to see an entire generation break that cycle and just sort of have fun with it and be their true authentic selves.”

Pinto pointed out that the rise of apps like BeReal show a trend towards informality in online content: “It’s nice to be authentic and that is acceptable. I think that the younger crowd probably can relate to somebody that looks more like their next door neighbor.”

Shearer said the best kind of authenticity for creators comes within – staying true to the content that makes them unique.

“I’m not necessarily just trying to fit in with the kids. I’m just trying to be myself and not try to be like every other news guy,” Shearer said. “I see so many like other news organizations posting on social media, from the newsroom in their suits and ties. That’s not really relatable to people, you know?” 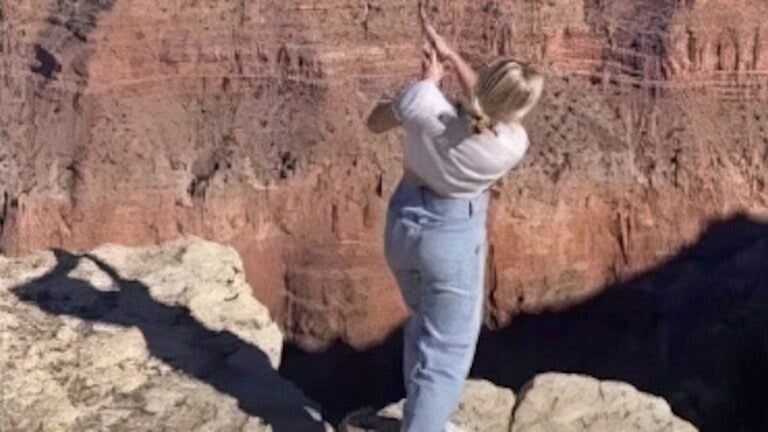