“Whitney Houston: I Wanna Dance With Somebody,” which hits theaters Friday, is perhaps the purest definition of the big-screen jukebox musical. Watching the film, you get the sense that someone handed screenwriter Anthony McCarten (“Bohemian Rhapsody”) a studio note that simply read, “Play the hits.”

Depending on whether you’re an ardent fan of the late pop star, that can either be a good thing or a bad thing.

“I Wanna Dance With Somebody” begins in Houston’s high school years in New Jersey (though the movie was filmed in the Boston area), where she is crafting her voice at a local church under the tutelage of her mother, Cissy (Tamara Tunie, “Flight”). Before long, she’s singing at a nightclub in front of Arista Records president Clive Davis (a sublime Stanley Tucci), and from there, rocketing to stardom.

Naomi Ackie (“Star Wars: The Rise of Skywalker”) may not look or sound much like Houston, but she embodies her spirit. Eager to please but quick to cop an attitude, nearly overwhelmed by anxiety but radiating energy on stage, Ackie totally immerses herself in the role. Ackie’s lip-syncing and choreography during performances are spot-on. It sounds like a backhanded compliment, but the film wisely uses Houston’s inimitable vocals.

Ackie’s stage presence is crucial because “I Wanna Dance With Somebody” spends an inordinate amount of time on stage. If you took a stopwatch to the first 100 minutes of the film, the scenes featuring musical performances almost certainly take up more than half of that time. Fresh off the high of watching Ackie belt out one of Houston’s chart-topping hits, audiences are given a cursory scene in which Davis plays Houston a demo, and she begins nodding her head to the rhythm. Then, we cut right back to Houston singing that very same song on stage. Then a variation on that pattern starts again. And again. And again.

For fans deeply familiar with Houston’s life story, this shouldn’t be a problem, as the restaging of her most iconic moments are an uplifting spectacle. Whether it’s a young Houston belting out “Home” on “The Merv Griffin Show” or performing arguably the greatest rendition of The Star-Spangled Banner ever at the Super Bowl (with Gillette Stadium standing in for Raymond James Stadium in the movie), at least one — if not multiple — musical numbers from “I Wanna Dance” will leave you with goosebumps.

But for those who want to know more about Houston than can be found on her Wikipedia page, “I Wanna Dance With Somebody” skimps on telling the singer’s whole story — which shouldn’t be possible, given its 146-minute runtime. The only relationship the film explores with proper depth is between Houston and her best friend, creative director, and onetime lover, Robyn Crawford (“Black Lightning”). The film doesn’t shy away from the physicality of their early relationship, and shows how Houston’s religious upbringing, pressures from her family, and the impossibility of being a mainstream queer pop star impacted them.

Getting the short shrift are Houston’s relationships with her parents and husband, former New Edition singer (and Roxbury native) Bobby Brown. Playing her father, Clarke Peters (“The Wire”) is a true villain, squeezing Houston for every last cent, even on his deathbed. Perhaps surprisingly, Brown (played admirably by Ashton Sanders of “Moonlight”) comes off as less of a heel and more of a guileless cad, someone who is complicit in Houston’s problems but rarely intentionally causing them. Unfortunately, we don’t see nearly enough of either of them.

Also glossed over to an extent are Houston’s battles with substance abuse, which partially contributed to her accidental drowning death in 2012. Director Kasi Lemmons (“Harriet”) shows Houston discreetly buying cocaine, but never snorting a line. She shows Houston rummaging through drawers for a pipe, then quickly cuts to her manically vacuuming the house.

If you buy into the version of Houston’s life story that “I Wanna Dance With Somebody” wants to tell, you’re in for a lovely night at the cinema. But seeing the names Clive Davis and Patricia Houston (Whitney Houston’s sister-in-law) listed as producers, one wonders if there was a more coherent film featuring riskier, more in-depth material that was left on the cutting room floor.

“Whitney Houston: I Wanna Dance With Somebody” opens in theaters nationwide December 23. 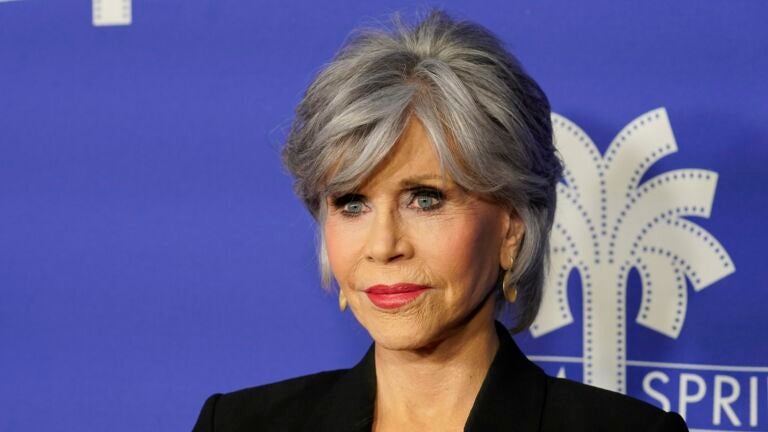 Jane Fonda says Tom Brady made her weak in the knees