Revere Beach or Miami Beach — can you tell the difference? 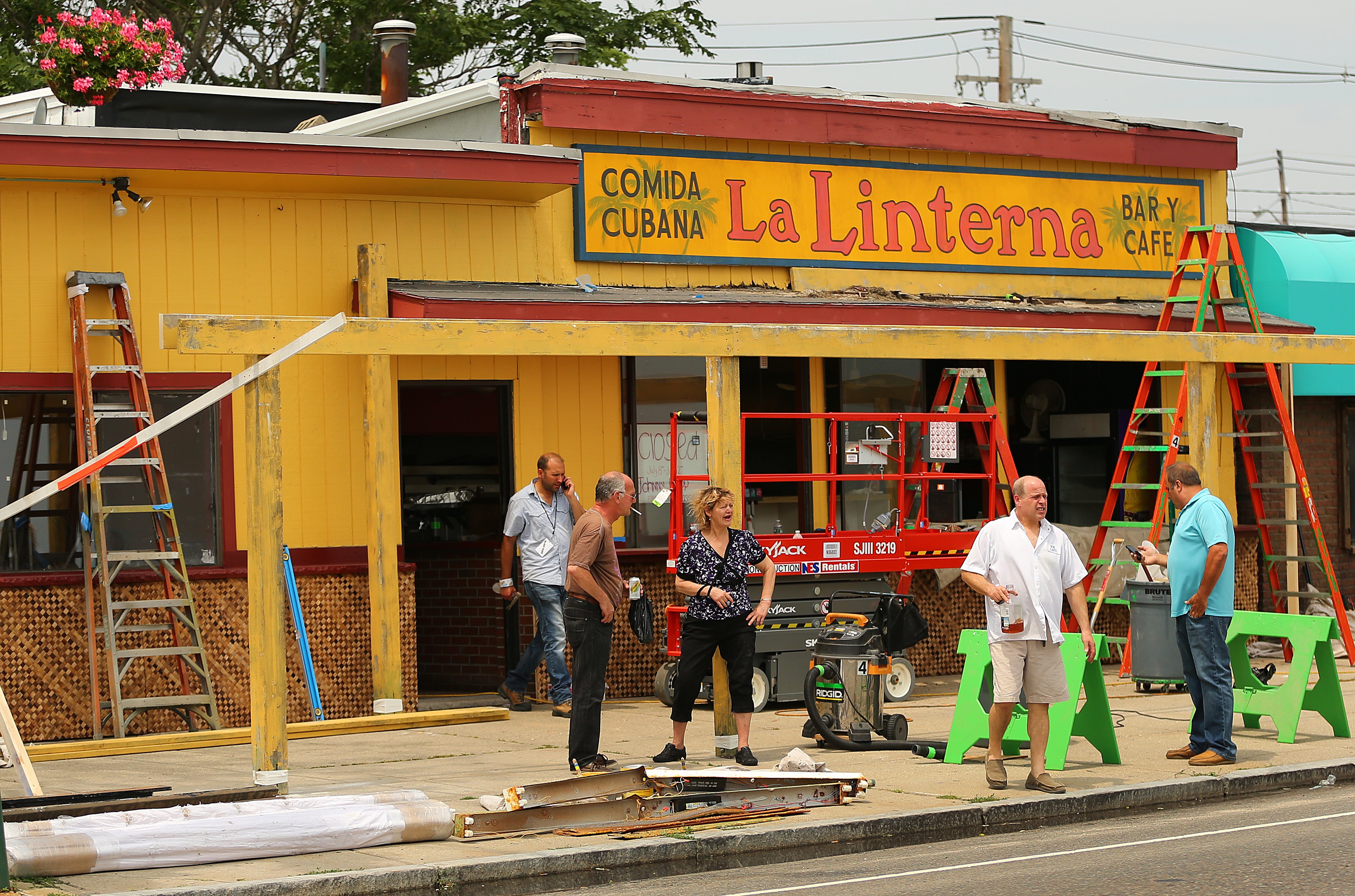 A pizza restaurant was made over into a Cuban cafe on Revere Beach Blvd. across the street from Revere Beach to transform the look of the beach into Miami Beach where a scene from the movie Black Mass will be filmed there for the next several days.

The film based on the book “Black Mass,’’ featuring Johnny Depp as Whitey Bulger, has transformed a portion of Revere Beach into a Floridian oasis, complete with palm trees, according to The Boston Globe.

John Tlumacki, a photographer for the newspaper, snapped a couple of pictures of the set which includes a pizza restaurant across the street that has been transformed into a Cuban cafe, dubbed “La Linterna.’’

Have you spotted anyone from the film in your neck of the woods? Let us know in the comments.