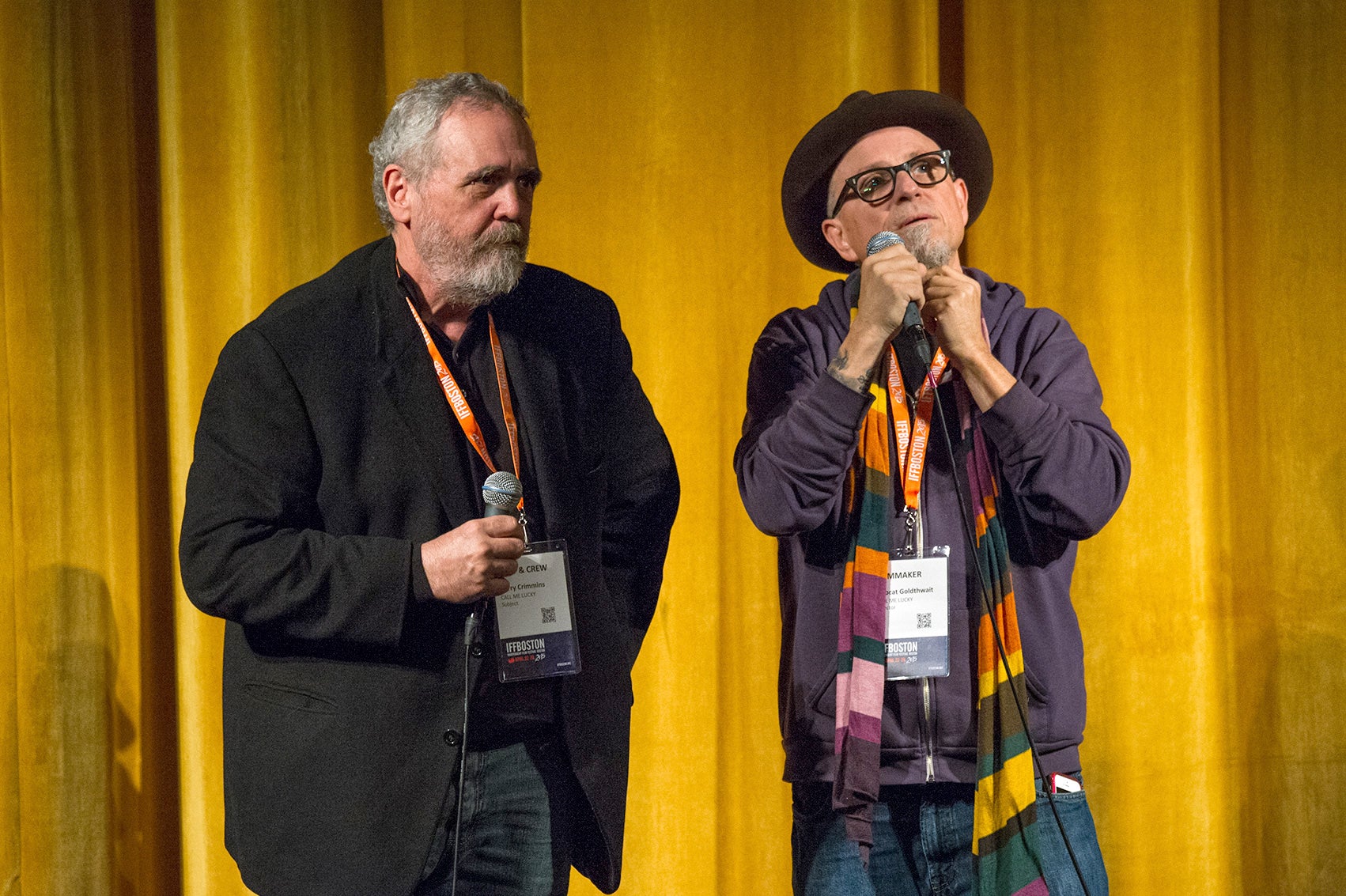 For much of the general public, Robert Francis “Bobcat’’ Goldthwait was, and always will be, the shouting guy from the Police Academy movies, Scrooged, and the talking horse comedy Hot To Trot. But discriminating comedy fans and cinephiles know Goldthwait as something much trickier and more complicated: a genuine satirist.

Goldthwait says a satirist’s role is “shining a light on hypocrisy.’’ During a phone conversation to promote his new documentary Call Me Lucky, Goldthwait explained: “Sometimes it’s even aiming that light on yourself. I think that’s what fuels a lot of the movies I make. I’m trying to figure out what is right and wrong, and I often see that in my own life. I’m not quite sure, and that’s what motivates me to tell stories.’’

Call Me Lucky begins as a deeply affectionate but conventional look at the life and career of Barry Crimmins, a punishingly intense political stand up comedian with the look and imposing presence of an Old Testament prophet who played a huge role in the Boston comedy scene of the 1980s.

Halfway through the film, however, Call Me Lucky dramatically shifts gears. 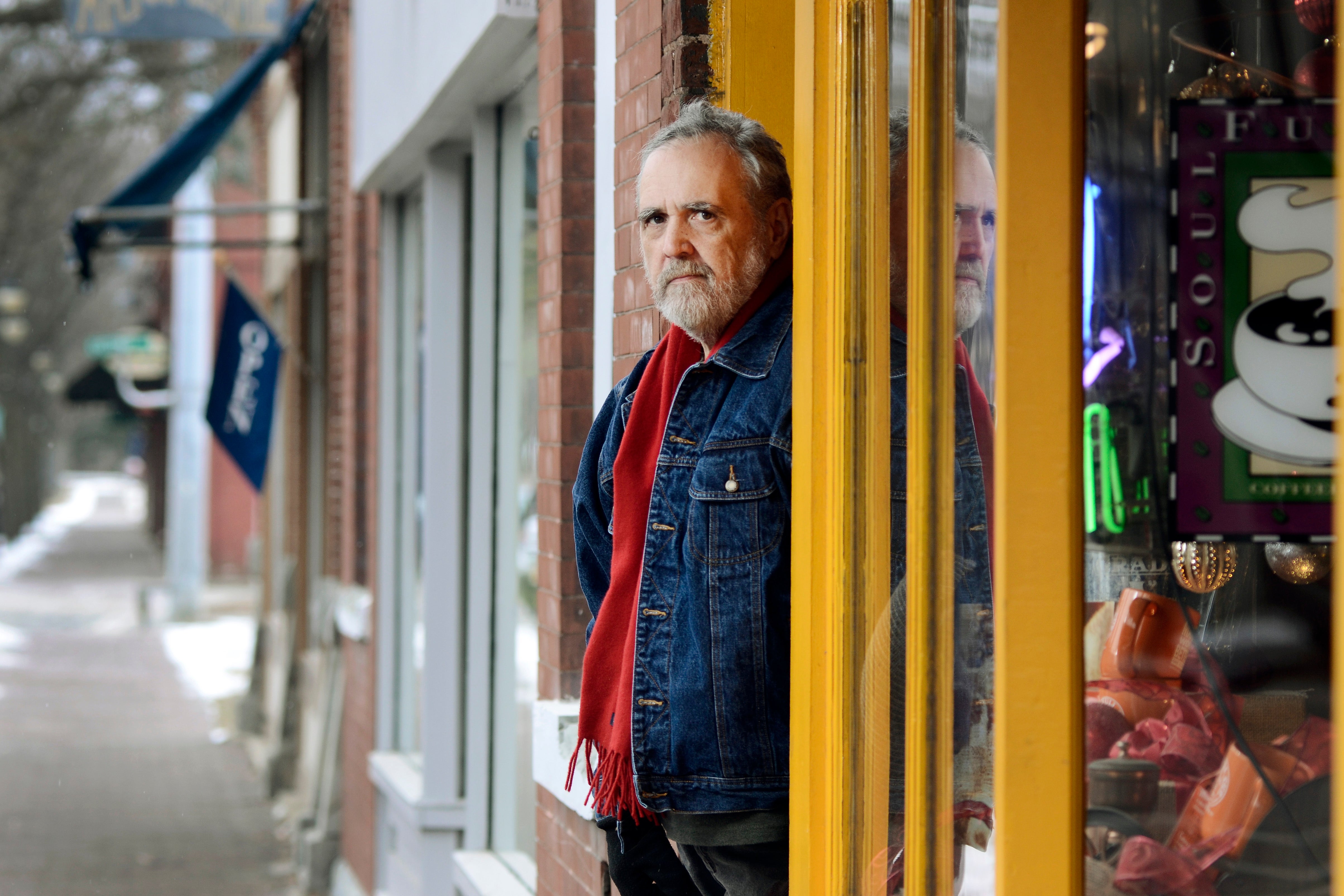 On stage one night, Crimmins opens up about being raped as a 3-year-old, and this moment of profound self-disclosure sets him on a harrowing, exhausting, but ultimately heroic quest to ferret out and punish child molesters who were using the then-new tools of the Internet (most notably AOL message boards) to disseminate child pornography.

For Crimmins, the personal is political. Like all true satirists, Crimmins has devoted his life to challenging corrupt authority in all its forms. In a Catholic church with a long history of protecting and shielding pedophiles, Crimmins found the ultimate misuse of the ultimate authority. But the overall tone of Call Me Lucky is not eviscerating rage but deep compassion, both for Crimmins and the other survivors for whom he became an advocate. The film reflects the satirist’s eloquent indignity at injustice, as well as a humanist’s concern for articulating and honoring our fundamental humanity.

Over the past-quarter century, Goldthwait has built an impressive resume as a bona fide auteur as quietly as possible for a filmmaker whose incendiary yet humane comedies prominently involve such loud, provocative elements as alcoholic, misanthropic clowns (Shakes The Clown), dearly regretted acts of bestiality (Sleeping Dogs Lie), accidental teenage death through auto-erotic asphyxiation (World’s Greatest Dad), and a killing spree-prompted contempt for the excesses of American popular culture (God Bless America).

What’s ultimately shocking about Goldthwait’s films, however, is not their incendiary subject matter but their underlying tenderness. The films are like elaborate Trojan horses. Sleeping Dogs Lie, for example, turns on an act of inter-species oral sex, but ultimately uses this shocking plot point as a springboard for a surprisingly nuanced and empathetic exploration of the difficulties of accepting that the people that we love had lives before us that we cannot control. We must find a way a way to accept that, unless we want to exist in a state of perpetual emotional stasis.

World’s Greatest Dad is rooted in the ugly, sexually charged death of the teenage son of validation-hungry dad Robin Williams (in one of his most powerful and overlooked performances). It examines the weirdly ubiquitous human desire to transform the dead into martyrs and invest even the lives of terrible people with meaning and substance.

Reduced to its broad outlines, God Bless America looks a lot like Uwe Boll’s reviled Postal—enraged everyman takes out his frustrations with a gun and a whole lot of bullets. But Goldthwait’s sensitive writing and direction and Joel Murray and Tara Lynne Barr’s performances turn it into an unlikely character study about two people pushed to desperate extremes. 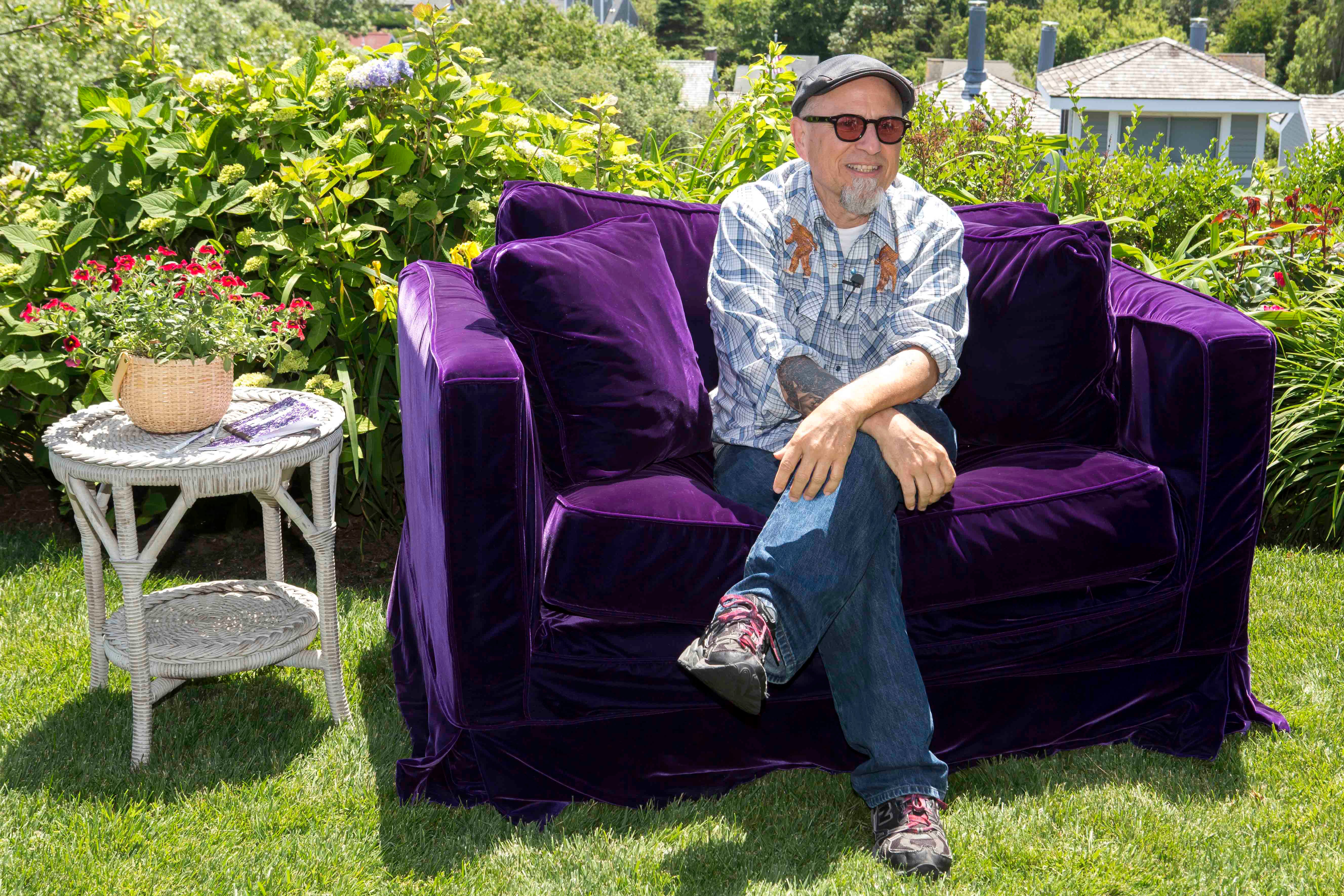 On paper, Goldthwait’s films look like deliberate acts of provocation. But he’s more interested in exploring the richness of humanity than in something as shabby and simplistic as mere shock. Call Me Lucky similarly defies expectations.

Crimmins’ compassion for his fellow man is at the core of the movie.

“With this film, sometimes people ask, ‘Where’s the love story?’’’ Goldthwait said. “People have said, ‘Oh, it’s between you and Barry.’ And I’ve said, ‘Nah, at the end of the day the love story is Barry’s love for humanity, and the fact that he’s angry means that he’s hopeful.’ He hasn’t given up. He says something like that in the movie and he’s still swinging away, asking us if we can do better. He may come off as a curmudgeon, but he genuinely loves people.’’

What Goldthwait and Crimmins share, beyond a propensity for satire and truth-telling, is a big, righteous anger born of a deep love for humanity. In Call Me Lucky that translates into big laughs and into even bigger heartbreak.

Watch the trailer below:

Call Me Lucky premieres Friday, though not in Boston. Click here for more information on how to see it. 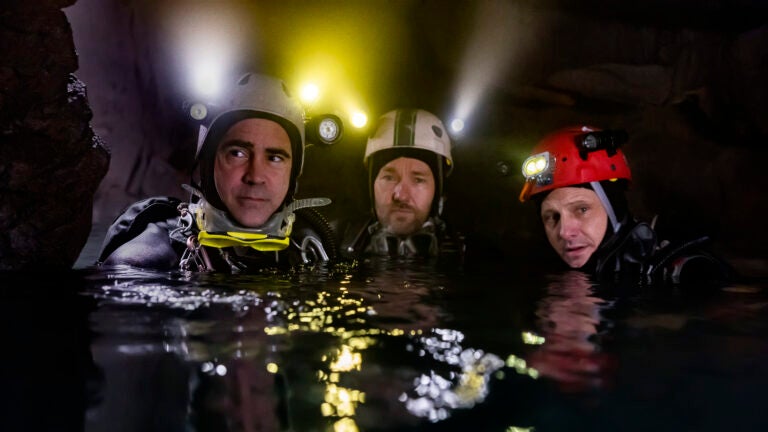