The hype for Star Wars: The Force Awakens has reached a fever pitch, with early spoiler-free reviews from Monday’s Hollywood premiere raving that it’s the best Star Wars film in more than 30 years.

But a long time ago, in a galaxy not so far away, Star Wars wasn’t quite such a big deal. To rediscover that mythical place, we took a look back in the The Boston Globe archives to find the original May 26, 1977 review of Star Wars: A New Hope, by longtime film critic Bruce McCabe. 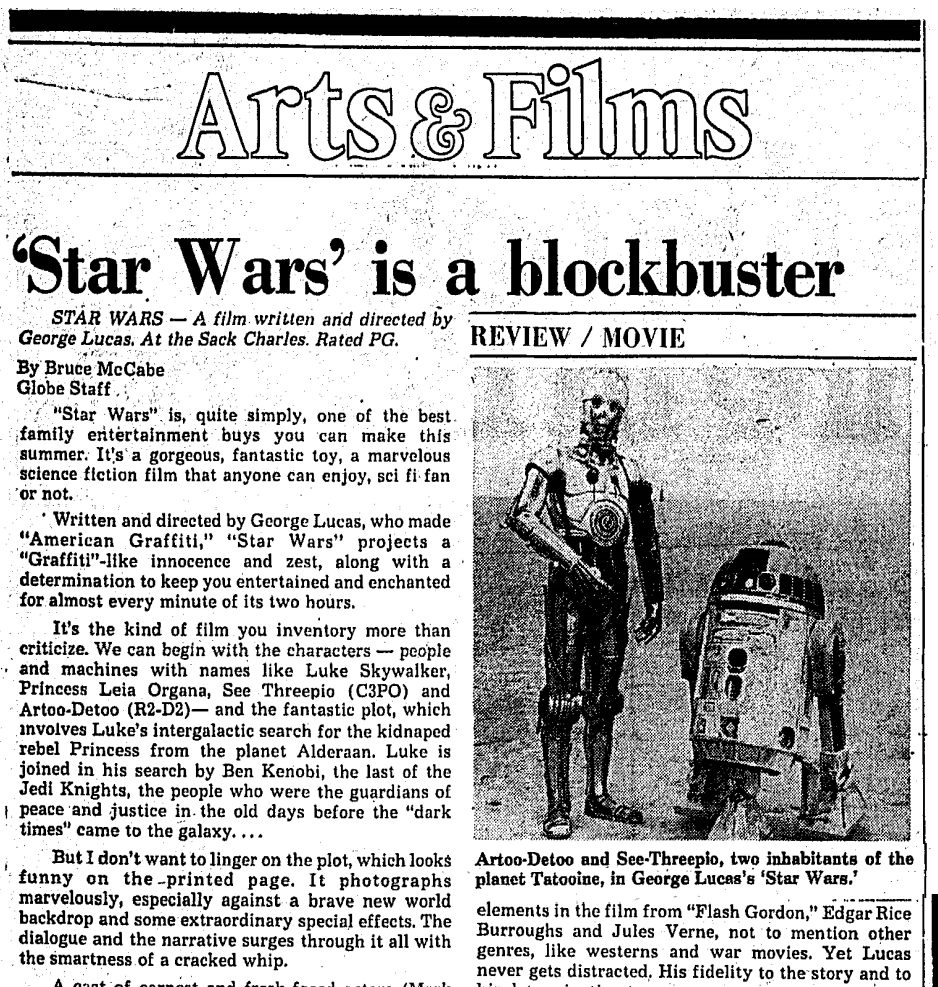 McCabe very much enjoyed A New Hope, and his thoughts about the film suggest he had some idea about how huge the Star Wars phenomenon would become. But mostly his review is unassuming, and his efforts to explain the complex universe of Jedis and Droids is a tad comical in retrospect.

Here are the five most interesting excerpts from McCabe’s review:

“We can begin with the characters — people and machines with names like Luke Skywalker, Princess Leia Organa, See Threepio (C3P0) and Artoo-Detoo (R2-D2) — and the fantastic plot, which involves Luke’s intergalactic search for the kidnapped rebel Princess from the planet Alderaan.’’

Thanks to McCabe, we now know that the film concerns both “people and machines,’’ and that audiences needed See Threepio and Artoo-Detoo to be spelled out to avoid confusion. McCabe acknowledges that the plot seems ludicrous in the next paragraph, and says he doesn’t want to linger on it, as it “looks funny on the printed page.’’ 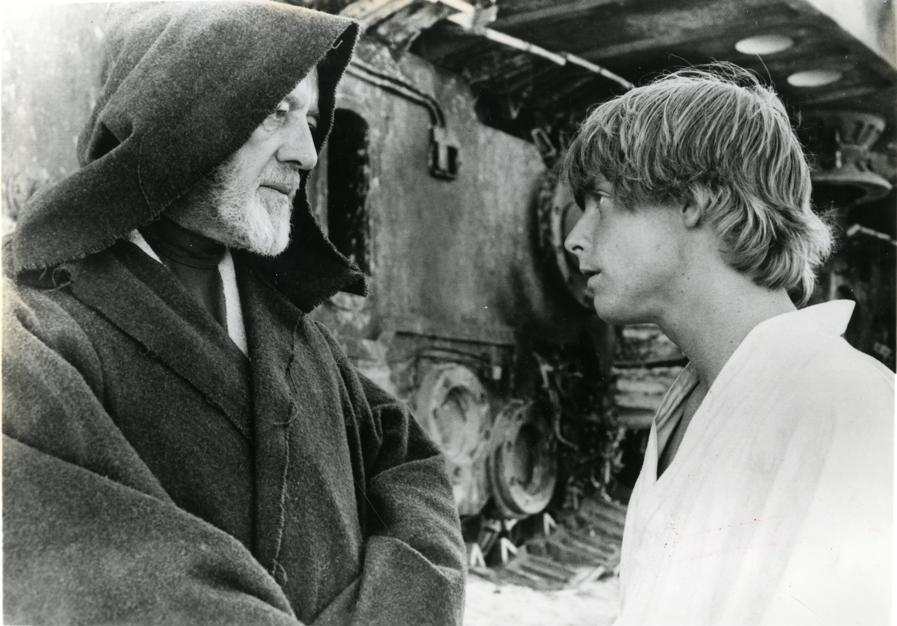 “There are elements in the film from Flash Gordon, Edgar Rice Burroughs and Jules Verne, not to mention other genres, like westerns and war movies.’’

Along with comparisons to Lucas’s first film, the 1973 coming-of-age classic American Graffiti, McCabe cites Flash Gordon, a popular Universal serial from the 1930s about an astronaut adventurer.

The irony in that comparison is that George Lucas had tried to purchase the rights to Flash Gordon in the early 1970s, only to be rebuffed. Instead, Lucas and his team made Star Wars, which producers acknowledge attempted to mimic Flash Gordon’s style and borrowed plot elements from several of thefilms.

3. The “fresh-faced’’ stars of A New Hope aren’t so fresh anymore.

“A cast of earnest and fresh-faced actors (Mark Hamill, Harrison Ford, Carrie Fisher) is counterpointed by Alec Guinness, who portrays a sort of revolutionary Socrates. There is also a perfectly menacing villain, Lord Darth Vader, played by David Prowse.’’

Despite their current status as elder statesmen of the sci-fi community, Mark Hamill, Harrison Ford, and the late Carrie Fisher really were fresh-faced when the first Star Wars film was released. Fisher, 20, only had one film credit to her name when A New Hope hit theaters, while Ford and Hamill, who were 34 and 25, respectively, had done mostly small television appearances. Oh, how time flies.

Also amusing: The reference to Obi-Wan Kenobi as “Ben,’’ something that happens rarely in subsequent films, and refers to the villain as “Lord Darth Vader,’’ a redundancy in title that becomes more apparent with Darth Maul and Darth Sidious in the prequels. 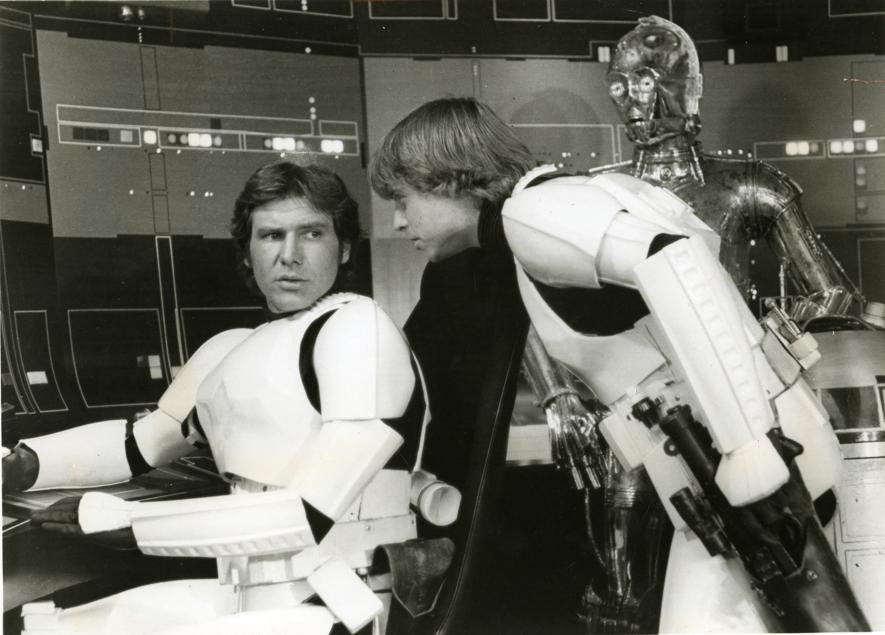 4. The lovably corny dialogue that launched an empire.

“Of all the things I enjoyed in the movie, I have to rank the comic strip-like dialogue near the top. I mean, lines like “We’re doomed, there’ll be no escape for the Princess this time,’’ and, “We don’t serve your kind around here.’’

McCabe loved the “comic strip-like dialogue’’ of A New Hope, something that became a hallmark of the series. Would Star Wars have become such a phenomenon without melodramatic lines like “May the force be with you’’ and “Help me, Obi-Wan Kenobi, you’re my only hope’’? Probably. But the catchphrase-ready dialogue certainly didn’t hurt. 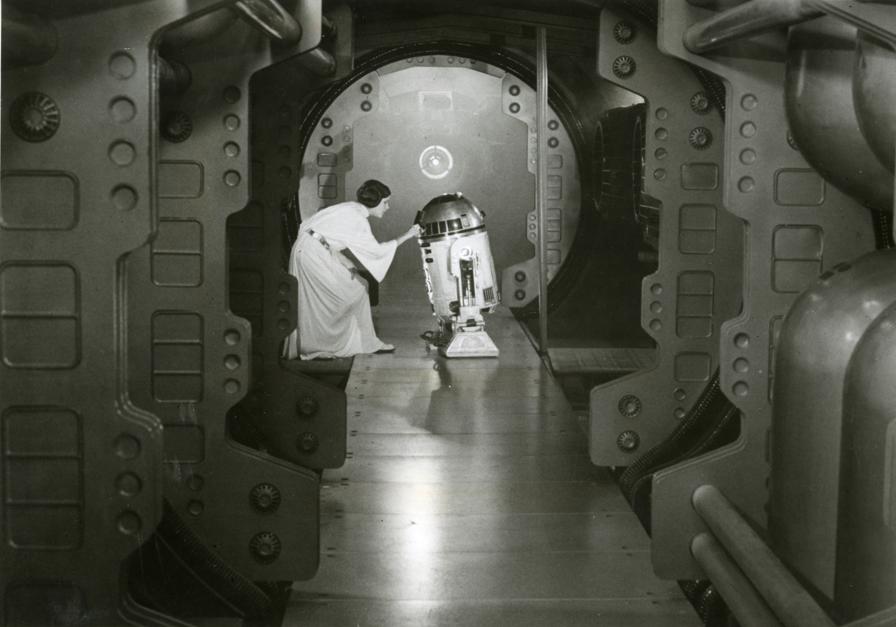 “Star Wars is not a film to be written about, it’s an experience. It’s that rare experience for both adults and kids that shortchanges neither. Go — and enjoy.’’

If you only knew, Bruce. 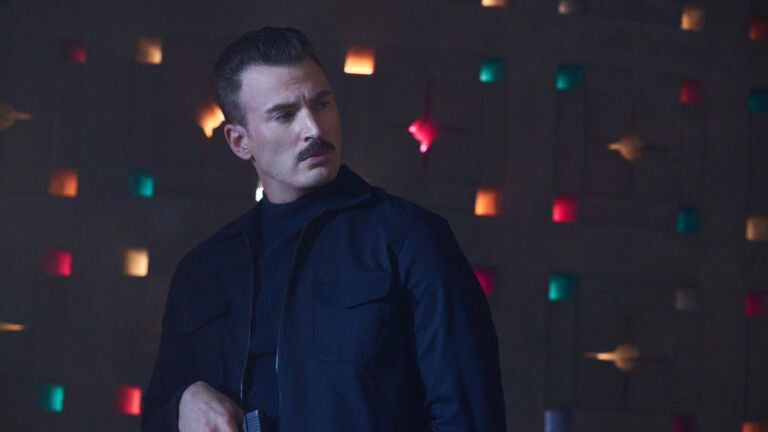 'The Gray Man' review: Netflix's most expensive movie ever misses the mark