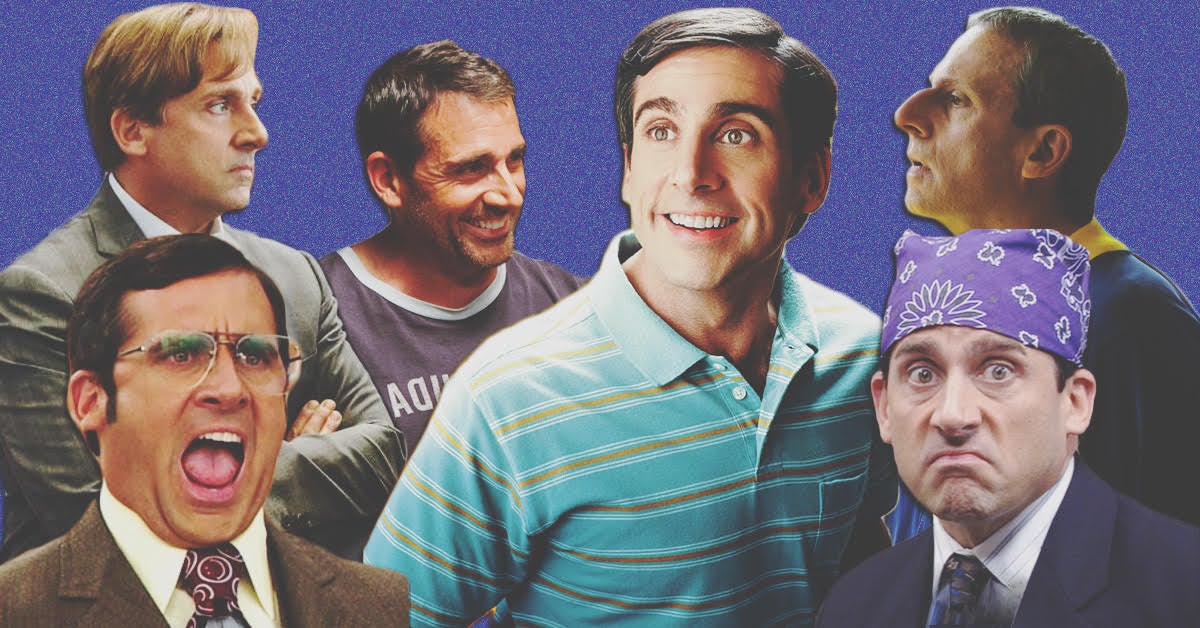 Not many Hollywood actors can seemlessly float from genre to genre. It’s a rare thing, for sure, but something that Steve Carell has successfully done over the span of his career.

Carell’s performance as part of a SAG-nominated cast in the widely acclaimed film The Big Short is just a piece of proof. Here’s an in-depth look at how a regular comedian from Acton became one of the country’s top leading men.

You probably know Carell from his starring roles as the funny man in many of his movies, so it’s no surprise he got his start in comedy. From his time with comedy troupe The Second City to his stint on sketch program The Dana Carvey Show to an appearance in one of Louis CK’s earliest films, Carell dabbled in a bit of everything.

The Chicago comedy troupe — which bred other stars such as Tina Fey, Amy Poehler, and Mike Myers — was one of the earliest places Carell started performing. Fun fact: Stephen Colbert (heard of him?) was Carell’s understudy. A fetching video showing vintage Carell as Fabio in The Second City’s revue Are You Now or Have You Ever Been Mellow went viral last year.

That same year, Carell made his film debut in the Jim Belushi rom-com Curly Sue with his role as Tesio the waiter. It was a small role, to say the least.

Though the sketch show was short-lived, The Dana Carvey Show could easily be credited as the place where Carell’s comedy career took off. He and Colbert were cast members, lending their voices to The Ambiguously Gay Duo cartoon that later became famous on Saturday Night Live, as well as other sketches, like the waiters nauseated by food:

Louis CK — before he was a household comic — wrote and directed Tomorrow Night, which hardly even made it to theaters in ‘98. Carell starred as a sadistic army mailroom clerk. Other Boston-area names Amy Poehler and Conan O’Brien are also in it. 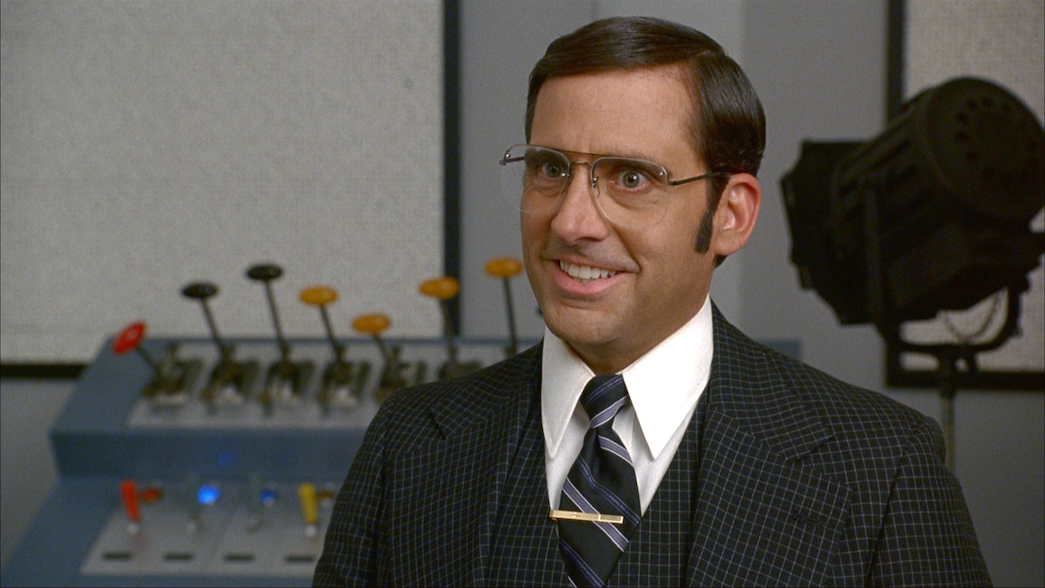 In the early 2000s, Steve Carell moved beyond his humble beginnings—but didn’t quite reach leading man status. While his characters were second-, third-, or even fourth-most-important characters to many movies’ storylines, he didn’t go unnoticed. Case in point is our first movie here: Bruce Almighty.

Carell’s minor role as the tongue-tied news anchor easily earned the most laughs in the well forgettable Jim Carrey comedy. It might be one of the funniest points in Carell’s career (and possibly ever).

2004:Anchorman: The Legend of Ron Burgundy

“I love lamp.’’ With those three words, Carell ensured the legacy of mentally stunted weatherman Brick Tamland, forever quoted by a group of people who were teenagers when Adam McKay’s raucous comedy hit theaters in 2003.

This was from back in 2004 when Alexa Vega (Spy Kids) was the star of movies and Steve Carell was just a guy in the background. Can you believe that was a thing? He played a mall cop.

This remake of the classic 1960s TV show about a witch and her non-magical husband lacked much of the show’s charm. Carell plays a friend of Will Ferrell’s Darren.

Carell played a friend of Will Ferrell for the third time in two years. He offered an outlet for Ferrell’s Hobie as Hobie contemplates an affair with the titular Melinda. 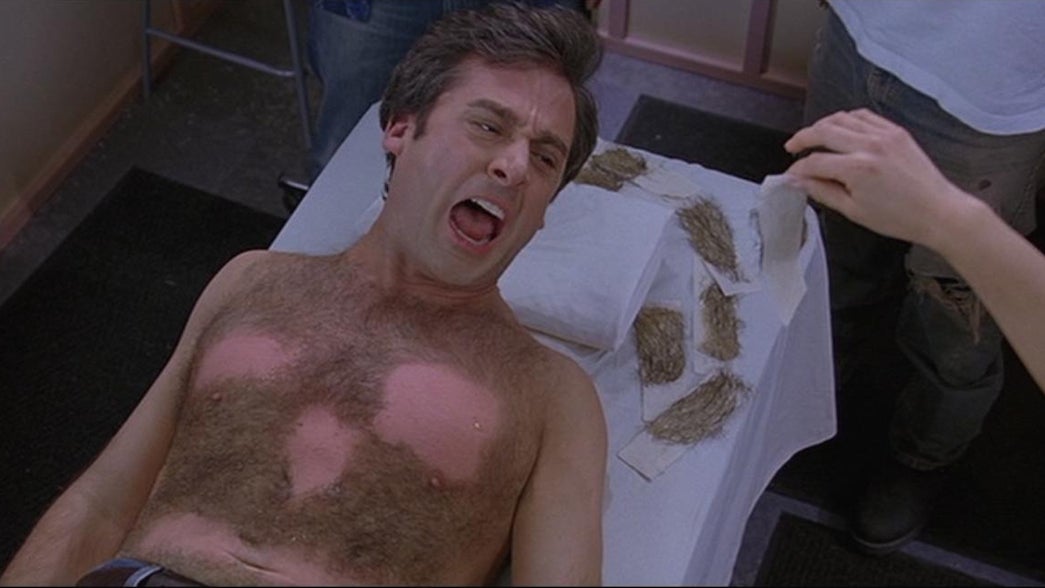 2005 and 2006 were big years for Carell. After a decade of toiling as an excellent supporting player, he was finally given a chance as a leading man, and didn’t disappoint.

Carell could star in movies for another 20 years, but for many, he will always be Dunder Mifflin Regional Manager Michael Scott — the obnoxious, needy, and ultimately lovable boss on The Office. Michael Scott gave fans so many unforgettable and poignantly Michael Scott-y moments over the eight seasons his character was on the show: from hijacking Jim and Pam’s wedding to declaring bankruptcy to gracing us with Prison Mike. This role was indeed one for the ages.

After years of acting in the shadow of Will Ferrell, Carell took on his first lead role as the likeable Andy Stitzer, a generally normal 40-year-old dude who’s a virgin. The 40-Year-Old Virgin could go down in history as one of the best comedies of the 2000s, one that threw Carell right up into the circle of frontrunning, star-worthy funny people.

On the heels of The 40-Year-Old-Virgin and the first season of The Office, Carell could have settled into a comfortable comedic zone. Instead, he took a darkly comic turn as Frank Hoover, a suicidal scholar stuck with his family on a cross-country roadtrip in Little Miss Sunshine.

As Hammy the squirrel, one of the woodland critters who drive the newly-arriving humans in the adjoining suburban neighborhood bonkers, Carell proved his animated personality plays just as well literally animated as it does live. 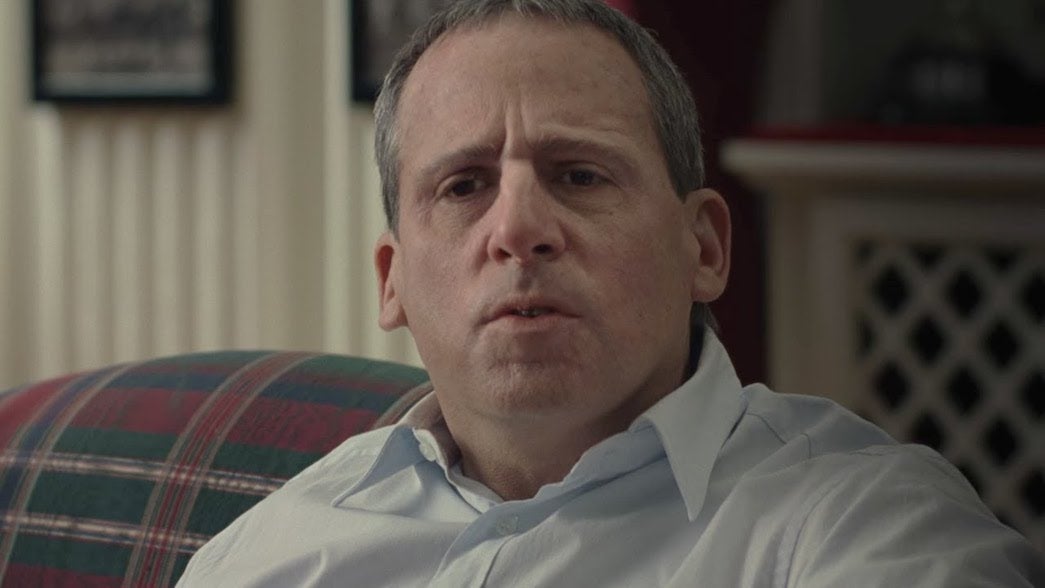 2005 and 2006 defined the rest of Carell’s career. Between The Office, The 40-Year-Old Virgin, Little Miss Sunshine, and Over the Hedge, he proved himself capable in three broad categories that encapsulate the majority of his film roles: comedy/romantic comedy lead, screwball family-friendly father, or semi-serious indie ensemble member.

After a solid supporting role in Horton Hears a Who and a financial flop in Evan Almighty, Carell finally starred in a family film successful enough to franchise in 2010’s Despicable Me. As Gru, a supervillain tasked with raising three orphans, Carell found a way to make world conquest lovable. A toe-tapping soundtrack from Pharrell and a hilarious supporting performance by Jason Segel as Gru’s archrival Vector help seal the deal.

After the success of The 40-Year-Old Virgin, studios were eager to tap Carell as an affable but flawed romantic comedy lead. Perhaps his greatest success in that arena is Crazy, Stupid, Love, in which Ryan Gosling plays the cool, young dude to Carell’s uncool, old, divorced guy trying to survive in the dating world of middle-aged folks.

Just like in 40-Year-Old, Carell is easy to root for as he attempts to navigate the unfamiliar world of dating, ultimately finding happiness when he stops listening to the advice of others and stays true to himself.

Carell has revisited Little Miss Sunshine territory more and more in the last four years, with award-nominated performances in Foxcatcher and The Big Short, as well as serious turns in Hope Springs, The Way Way Back, and Freeheld.

In his only Oscar nomination to date, Carell is almost unrecognizable in Foxcatcher as wealthy philanthropist John E. Du Pont, a wrestling enthusiast who begins an odd relationship with an Olympic wrestler (Channing Tatum). As acerbic hedge fund manager Mark Baum in The Big Short, Carell arguably shines brightest in a talented ensemble including Ryan Gosling, Brad Pitt, and Christian Bale (though Bale earned a supporting actor Oscar nomination over Carell).

The Big Short is hoping to win the Screen Actors Guild award for best performance by a cast in a motion picture this Saturday.

Every Steve Carell movie, ranked from worst to best: 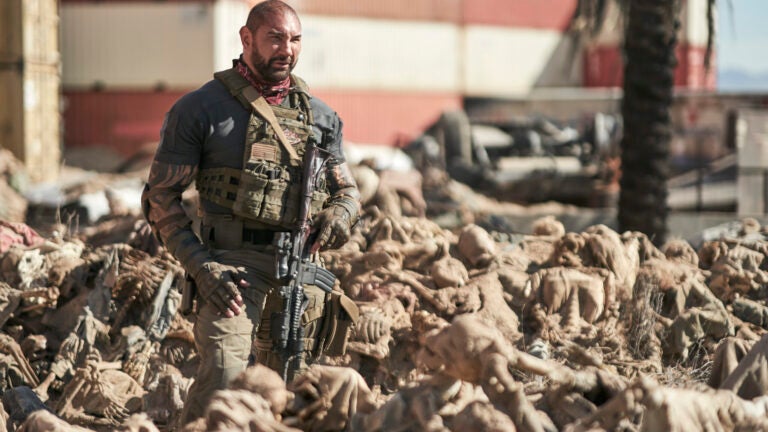