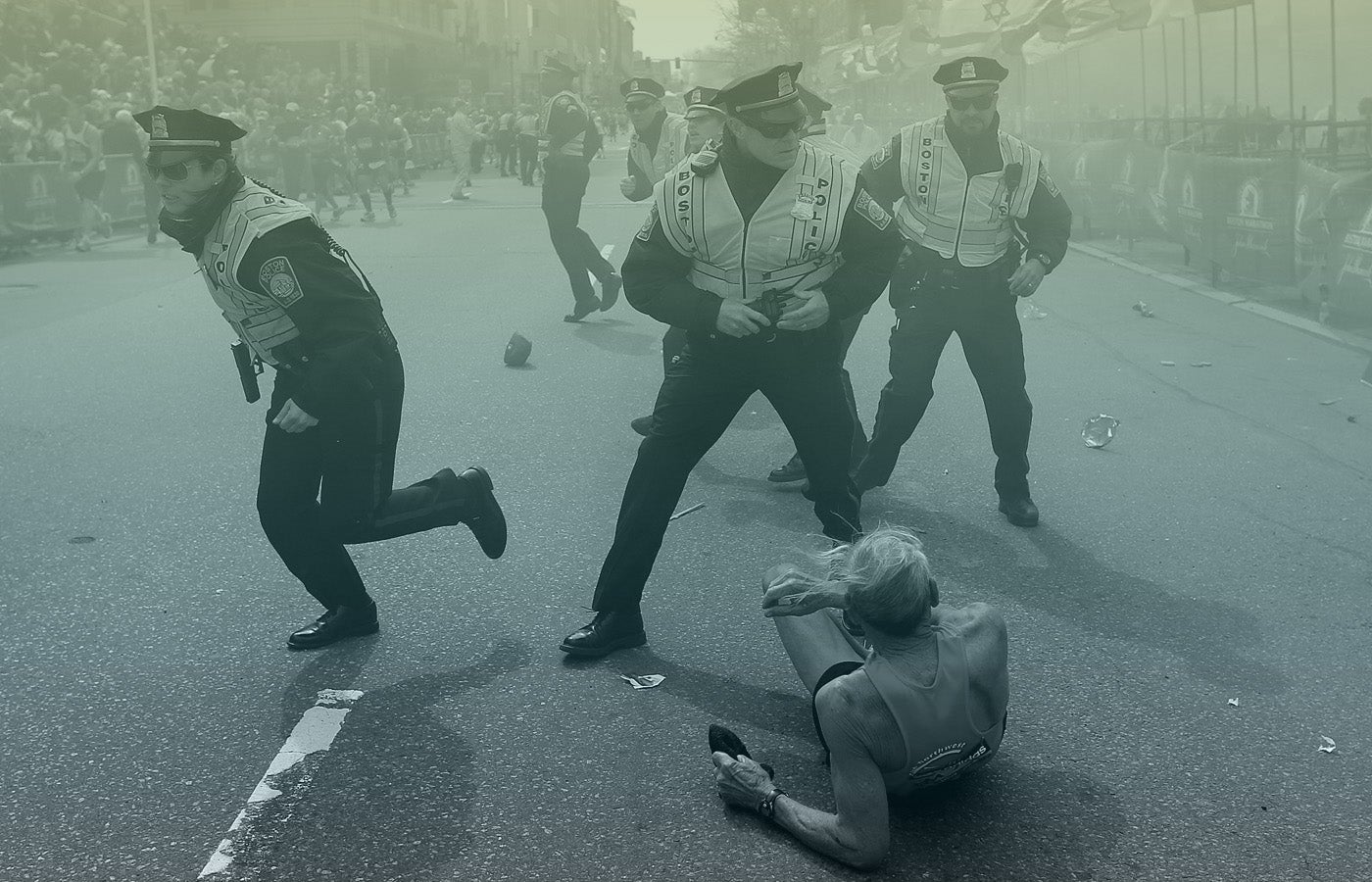 Sometimes it doesn’t feel like April 15, 2013, was real life—more like an alternative reality that impacted some other people in some other city. Now, as we approach the third anniversary of the Boston Marathon bombings, a few of the stories that are so personal to Boston are, in fact, on their way to being told on the big screen.

Patriots’ Day and Stronger are two different Hollywood films centered around the tragedy, and they’re both underway. The former has hometown star Mark Wahlberg attached, and the latter, actor Jake Gyllenhaal.

Over the past two years, rumors about big names and major plot points have swirled. So, here, we break down everything we know about each movie so far.

Plans to make a movie emerged just three months after the chaos on Boylston Street.

In July 2013, Deadlinereported that the screenwriters of The Fighter bought the feature rights to a forthcoming book, Boston Strong, written by veteran Boston Herald reporter Dave Wedge and best-selling author Casey Sherman. At that time, the authors reportedly hadn’t even written a word of the book yet.

Casting rumors about the film adaptation of Boston Strong began to whirl by late 2014. One of them not-so-shockingly brought an Affleck into the forefront, claiming that Casey planned to both star and produce. The actor debunked the report not long after.

Meanwhile, other film projects about the bombings started to gain momentum.

A movie based on the book Stronger by Bret Witter and Boston Marathon bombing survivor Jeff Bauman was announced in July 2014. Stronger chronicles Bauman’s experience during the attack; he was waiting for his girlfriend to cross the finish line when the first bomb went off on Boylston Street, taking both of his legs from the knees down.

Mark Wahlberg was also gearing up to produce his own movie, this one based on a 60 Minutes episode following Boston police commissioner Ed Davis’s Boston Marathon bombing investigation, which originally aired April 21, 2013. At the time, Wahlberg was reportedly slated to star as Davis in the film, dubbed Patriots’ Day.

While Stronger kept progressing, in November 2015, Wahlberg and CBS Films bought the rights to the Boston Strong project from 20th Century Fox. Patriots’ Day and the film based on Boston Strong then combined into one, with the title of the project remaining as Wahlberg’s Patriots’ Day. The plot shifted slightly to spotlight Danny Keeler, the main subject in the book Boston Strong, and a veteran Boston police detective who had an essential role at the finish line and during the manhunt for the Tsarnaevs.

Mark Wahlberg is still set to star in Patriots’ Day.

Jake Gyllenhaal is on board to both portray Bauman in Stronger and produce the film. Gyllenhaal was in Boston on January 15 meeting with survivors, according to People.com. Get ready for shooting to commence on both movies, and soon.

Stronger begins shooting this spring, with a start date tentatively set for April 4. Locations have not yet been disclosed.

As for Patriots’ Day, Wahlberg recently visited Boston (here he is at the Eire Pub in Dorchester on January 20) with the movie’s director, Peter Berg. Wahlberg and Berg got together with Keeler. Massachusetts Governor Charlie Baker also briefly met with Wahlberg in January at the State House for a “friendly chat about a movie he is working on,’’ a rep from the governor’s office confirmed.

And Wahlberg met with survivors and first responders while he was in town.

“A series of [these] meetings have gone on for some time and will continue,’’ a source close to the project said, regarding first responders, victims, family and friends. “He and the filmmakers took it upon themselves to say, ‘You know what, we want to be respectful.’’’

The source also said that much of Patriots’ Day will not be shot in Boston due to traffic flow and inconveniencing locals.

However, some shooting will take place in Boston, the source said.

“Sometimes you need that one shot.’’