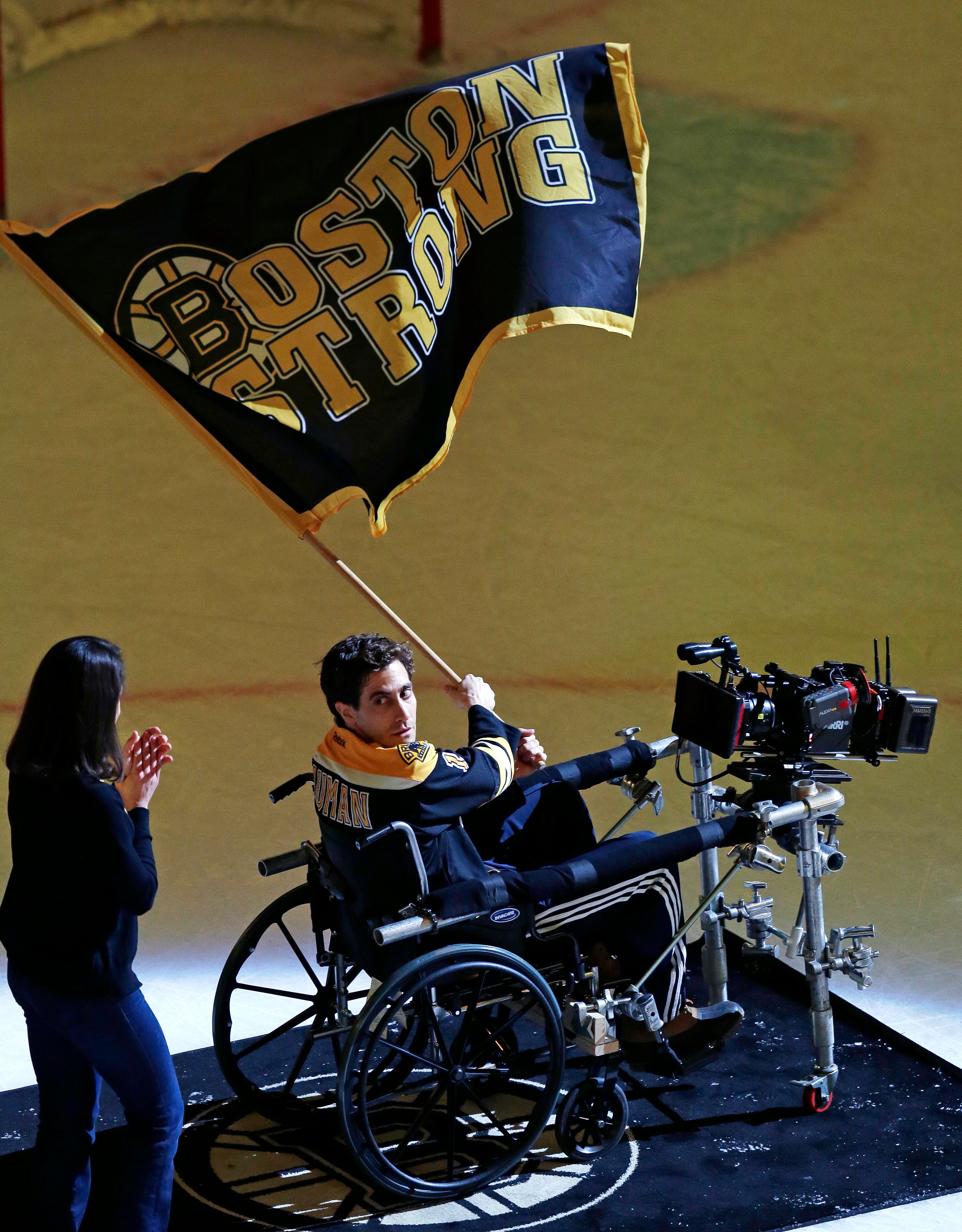 Cast and crew for Mark Wahlberg’s Patriots’ Day recently arrived in the Bay State, and now another Hollywood movie that also chronicles the Boston Marathon bombings has begun production in the Boston area.

Stronger, a film based on the autobiographical book of the same title by bombing survivor Jeff Bauman, stars Jake Gyllenhaal as Bauman, a Chelmsford native who went to the the 2013 Marathon to watch his girlfriend cross the finish line when the first bomb went off, taking both his legs.

After Tuesday night’s Bruin’s game at TD Garden, Bruins fans were invited to stay to watch and participate in filming for Stronger. 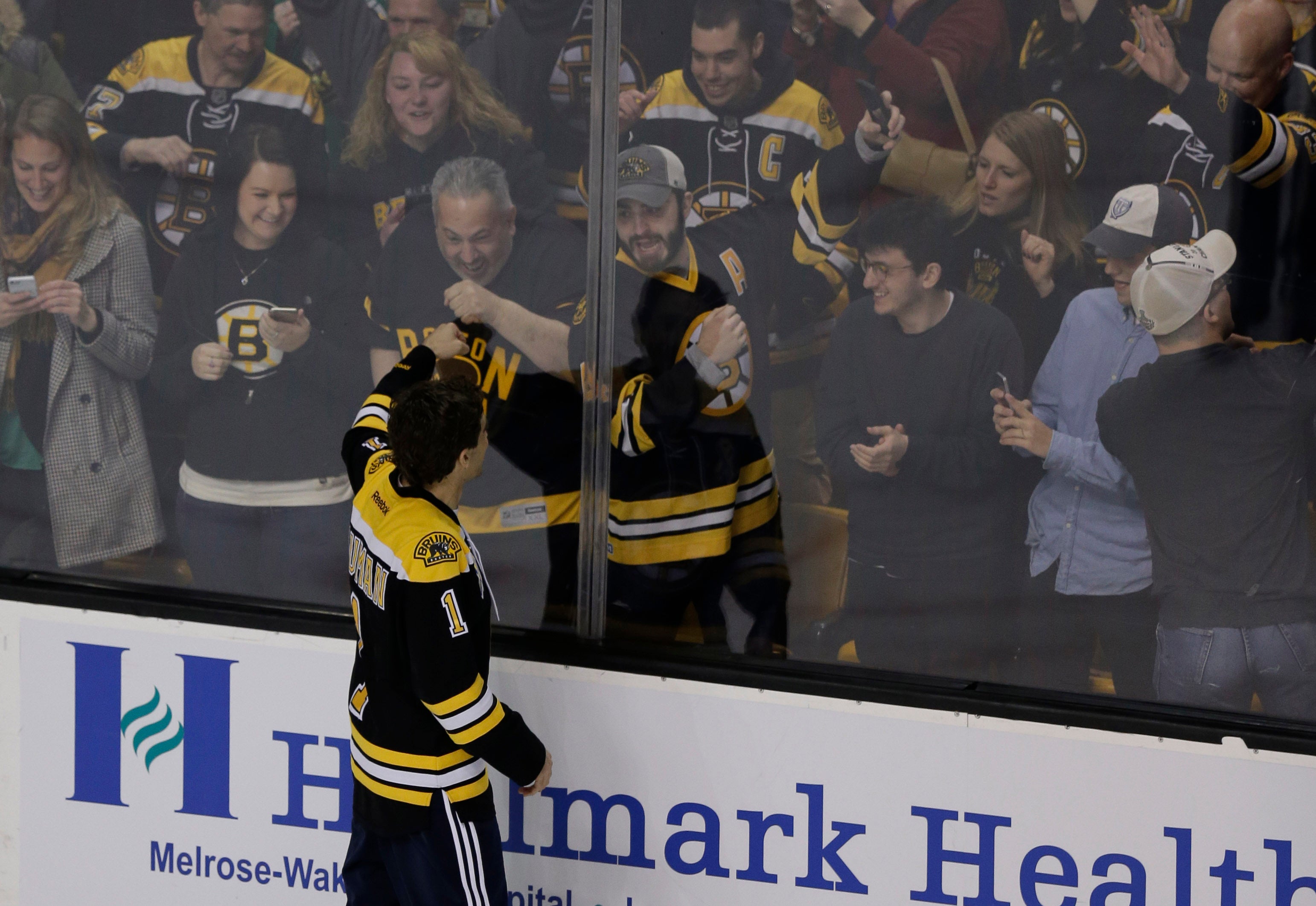 Gyllenhaal interacts with the crowd.

Given the location and photographs from the scene, it appears that filmmakers were recreating this iconic moment when Bauman waved a “Boston Strong” flag on the ice at the May 4, 2013 Bruins game.

This Twitter video captured the scene from a bird’s-eye view, with Gyllenhaal, as Bauman, waving the flag in a wheelchair, lights flashing and crowd cheering:

Jake Gyllenhaal, as Jeff Bauman, getting ready to film “Stronger” scene at the @tdgarden. pic.twitter.com/L4sWYQYd0M

Bruins fans who stayed for filming also saw Gyllenhaal interact with the crowd.

‘You guys are so f*%#ing awesome!’ – Jake Gyllenhaal comes out to thank crowd for sticking around. pic.twitter.com/TfC0IXjbH8 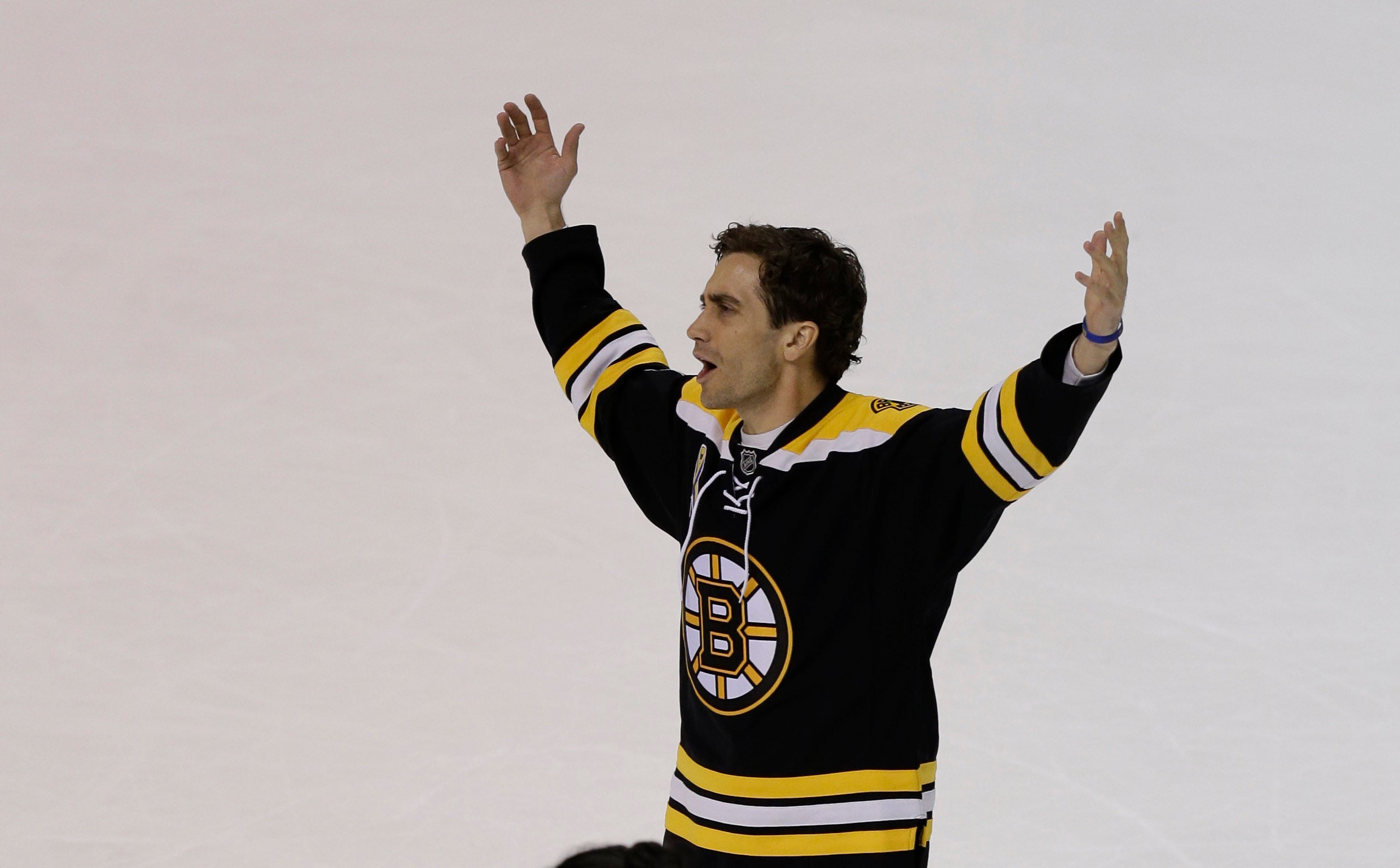 Gyllenhaal thanks the crowd of Bruins fans after filming. 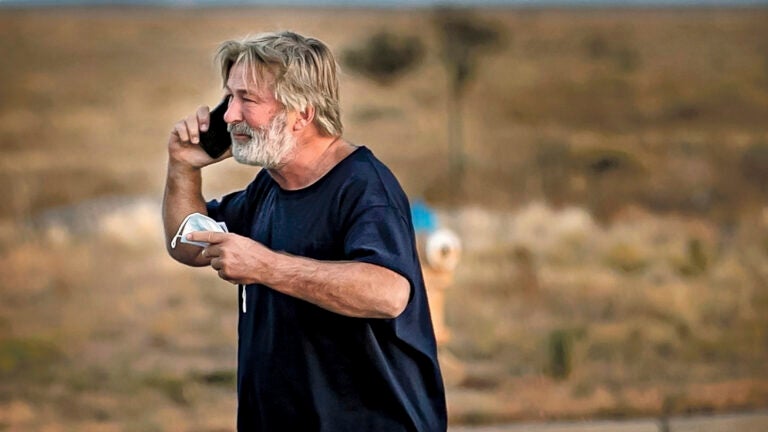