Throughout the month of April and into May, Mark Wahlberg’s Patriots Day filmed all over the Bay State, from Quincy to MIT to the Boston Marathon finish line. And now we’ve come even closer to seeing the fully completed movie appear on the big screen.

CBS Films has released the official movie poster for Patriots Day, which was first sighted at CinemaCon back in April. The poster, which bears a list of the movie’s lead stars at the bottom, features the Patriots Day title graphic that was spotted on fliers during pre-production. From the upper part of the portrait, shoelaces hang down like strings in colors red, white, and blue, strategically arranged to resemble the America flag.

This is the first official promotional image released in regards to Patriots Day. The movie is slated to hit theaters in Boston on December 21. 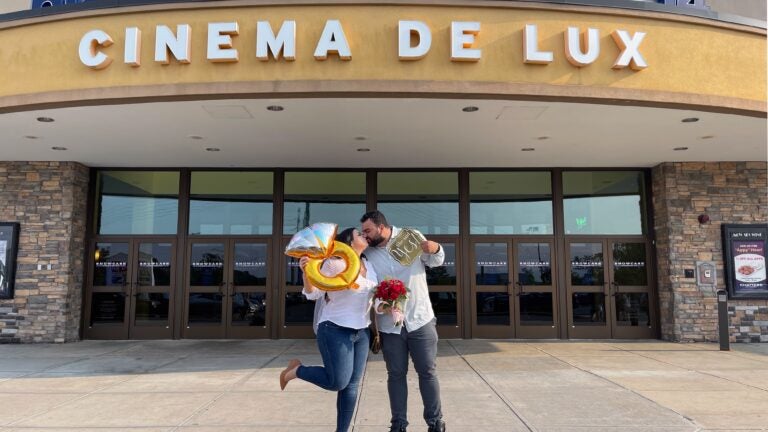