As is tradition when Christmastime nears, the 1964 classic “Rudolph the Red-Nosed Reindeer” returned to American television screens. But this time around, the once-heralded stop-motion film has made the news for all the wrong reasons.

Viewers may recall its simple plot: The reindeer is mocked and cast away by the majority of his peers when they discover his glowing red nose. Even though Rudolph ultimately returns to save the day – using his glimmering snout to guide Santa through poor weather – there’s no denying the verbal attacks Rudolph endures early on.

But was the red-nosed reindeer marginalized? That is the premise of a HuffPost video posted Wednesday to Twitter that has been viewed more than 5.3 million times as of Sunday afternoon.

The video notes an instance in the film where Rudolph’s father “verbally abuses him.” The father of Rudolph’s love interest is called a “bigot” for forbidding his daughter from being seen with the red-nosed one. The video includes various reactions to the film from Twitter, one saying, “Yearly reminder that #Rudolph the Red Nosed Reindeer is a parable on racism & homophobia w/ Santa as a bigoted exploitative” (the rest is not family-friendly).

It’s not entirely clear whether the video was satire or meant to be taken seriously. A corresponding HuffPost article on the film more directly says that the roundup of recent tweets and criticisms of “Rudolph” were posted in jest (“humorous observations”). But that didn’t stop others from seeing the video as an unwarranted attack from liberals.

Donald Trump Jr., for example, drew much attention to the video when he shared it Thursday with the caption, “Liberalism is a disease.”

Liberalism is a disease. https://t.co/zerLtQYIon

On Thursday, Tucker Carlson and political commentator Dave Rubin dissected the HuffPost video for more than three minutes. In a segment titled “Progressives Love Attacking Christmas Traditions,” which later warned that “Huff Post Dubs Rudolph Public Enemy Number 1,” the pair slammed those who watch films such as “Rudolph” and ascribe notions such as racism and misogyny to them.

“They find something, they kind of destroy that, and they’ll move on to everything else that we love,” Rubin said, listing popular sitcoms such as “Seinfeld” and “Friends” as examples. “They will literally go for a sunset,” he added, suggesting that those who seek to destroy things that were once beloved offer nothing in return.

Perceived attacks on Christmas are historically a favorite talking point of conservatives. In 2015, for instance, Donald Trump added fire to the annual debate about Starbucks cups, suggesting that people should boycott the coffee chain because there was “no more ‘Merry Christmas.'”

But this year’s “Rudolph” discussion seems to have brought out frustration in all types of people. On ABC’s “The View” on Thursday, an impassioned Whoopi Goldberg railed against those who she says are deliberately seeking out issues in the film.

At a time when the country has argued over and torn down historical monuments, “Rudolph” is not the only holiday classic being reexamined in a more contemporary context. Last a week, listeners of a Cleveland radio station voted to remove the song “Baby, It’s Cold Outside,” in which one singer works to persuade the other to stay, from the holiday catalogue, according to the station. Some have argued that the lyrics are “a little rapey.”

Invented in 1939 by an advertising copywriter, Rudolph has lived many lives, from Gene Autry’s hit recording in 1949 to a comic book sequel, Michael Lindgren wrote for The Washington Post.

On Sunday, one of the original voice actors from “Rudolph” attempted to set the record straight on claims that the film is problematic.

In a video sent to TMZ, Corinne Conley, the voice of “Dolly for Sue” who lived on the “Island of Misfit Toys,” said the film is more relevant now than ever given the increase in bullying incidents of late. But it’s important to note, she said, that the bullying is “reconciled” in “Rudolph,” teaching viewers a lesson at the end of the story.

“I just can’t imagine it affecting anyone in a negative way. They must be like Scrooge,” she added, referring to Ebenezer Scrooge, the protagonist of “A Christmas Carol.” “Tell them to watch ‘Scrooge.'” 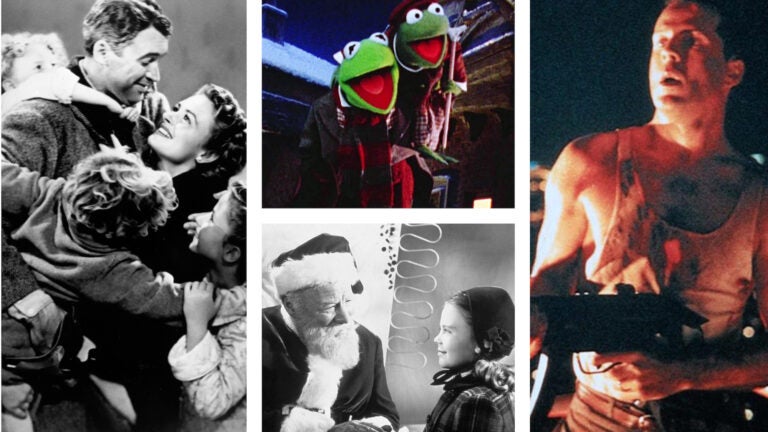 Here’s what 1,500 Boston.com readers chose as the best, and worst, holiday movies ever