A retelling of Stephen King’s work for the screen comes as no surprise. “Pet Sematary,” which hits theaters on Friday, is one of more than 60 titles adapted from the Maine author’s writing. Two more (“In the Tall Grass” and “Doctor Sleep“) are expected this year alone.

But this resurrection of King’s 1983 novel is up against more than the book-was-better-than-the-movie trope. “Pet Sematary” has appeared on the big screen once before, in the form of a 1989 Mary Lambert picture for which King wrote the screenplay. Now, the 2019 film has the task of defying one of its more chilling lines — “Sometimes dead is better.”

With a 73 percent freshness rating on Rotten Tomatoes at the time of publication, the movie doesn’t appear to be faring too badly. Read on to discover the good, bad, and often mixed reviews of the horror flick.

Directors Kolsch and Widmyer, who previously directed the underseen 2014 horror sleeper Starry Eyes, turn the screws on the audience with jolting, joy-buzzer glee. And their Pet Sematary dares to go to far darker places than you think from a big-studio movie like this (something that It could have used more of, frankly). Eventually, you may find yourself laughing because the alternative is to dig your fingernails into your armrest.

There’s no shortage of delicious, demented scares. It’s just that this one goes further. Working from a nastily knotted script by Jeff Buhler (Midnight Meat Train), Kolsch and Widmyer rush past the usual exposition to get to the juicy stuff that grounds the film in a psychological strain of violence.

Los Angeles Times film critic Justin Chang wrote that moviegoers “could certainly do worse,” but also thought they could do better.

Their command of the grammar of the mainstream horror movie is more than solid. The problem is that said grammar ultimately feels crude and disproportionate to the story they’re trying to tell.

It’s not plot deviations from King’s novel that hamper “Pet Sematary.” It’s that, from early on, Kölsch and Widmyer, rely less on the detailed accumulation of atmosphere that King built his tale on, than jump cuts and music cues to build suspense.

While the New York Times‘s Glenn Kenny found issue with the directing style, he saw power in the film’s performances.

In a two-star review, Katie Walsh of the Chicago Tribune wrote that this remake is “all bark and no bite.”

“Pet Sematary” finesses some of the bumpy narrative moments from the original, but where it forges its own path is in rewriting Ellie’s story. This is initially intriguing, but it ultimately reveals itself to be the less original choice, relying on horror archetypes and tropes we’ve seen before. It’s just the same-old routine, but rendered without any actual scares or even a scrap of suspense.

In a 1.5-star review for the Seattle Times, Soren Andersen begins and ends his review with a simple sentiment: “Should have left well enough alone.”

Pallid performances on the part of Clarke, Amy Seimetz, who plays Louis’ wife, and Jeté Laurence, who plays the couple’s daughter, keep “Pet” from connecting deeply with the viewer’s emotions. Louis’ fervent desire to shield his kid from the grief of losing her beloved pet lacks significant fervor, and so his transgressing the natural order of things — “Sometimes dead is better” — feels almost matter-of-fact. 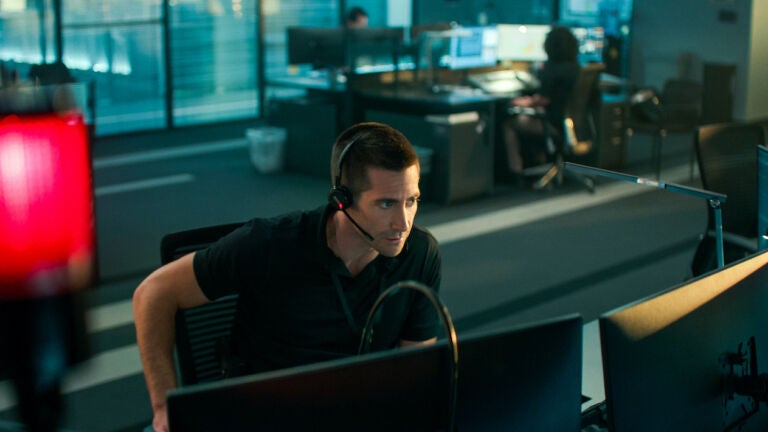