Ugh, New York gets everything — even the best Christmas movies. “Miracle on 34th Street,” “Elf,” and “Scrooged” are all set in the Big Apple, and upstate New York has the granddaddy of them all: “It’s A Wonderful Life.”

But that’s not to say New England hasn’t seen its own share of holiday tales make it to the big screen. Some, like “White Christmas,” are bonafide classics, while others, like “Christmas a la Mode” … are not. (Sorry, Lifetime.) But if you have a proclivity for holiday stories set in our own backyard, all of these theatrical and television movies are more than capable of jingling your bells. 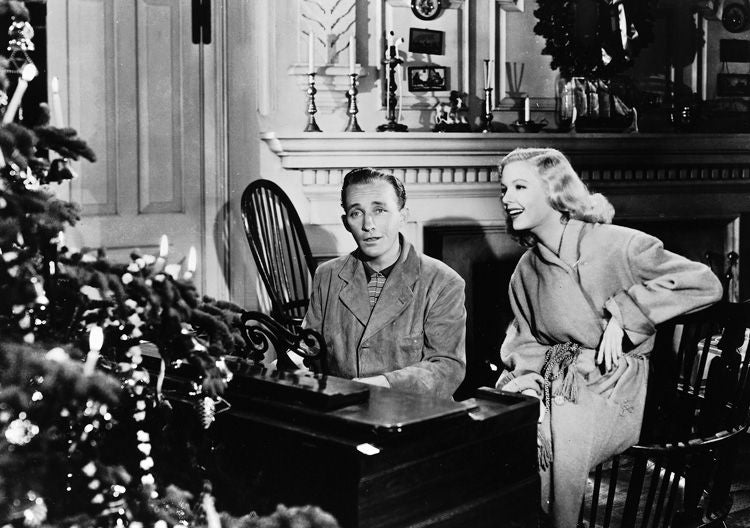 Before it was a hotel chain, “Holiday Inn” was a Connecticut club run by Bing Crosby in Mark Sandrich’s wartime classic, known primarily for containing Crosby’s first performance of “White Christmas” — and a frankly horrifying blackface scene (set to the song “Abraham,” about Lincoln) that’s since been mercifully excised by the broadcast networks. 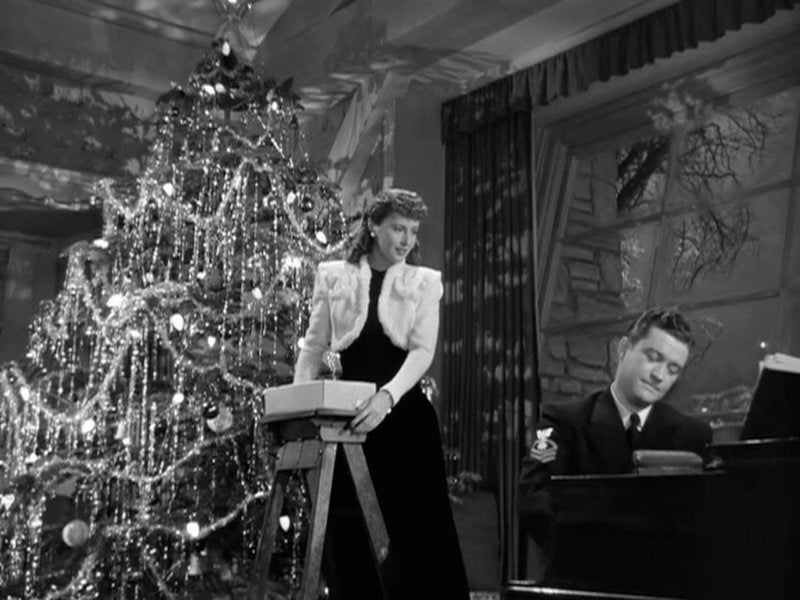 Donald Trump would not be a fan of Barbara Stanwyck’s Elizabeth Lane, a pioneer in the practice of fake news who becomes famous writing about a made-up husband, baby, and Connecticut farmhouse as a New York City food writer. Hijinks ensue in Peter Godfrey’s holiday hit, but don’t worry, everything works out in the end — it’s a Christmas in Connecticut miracle! 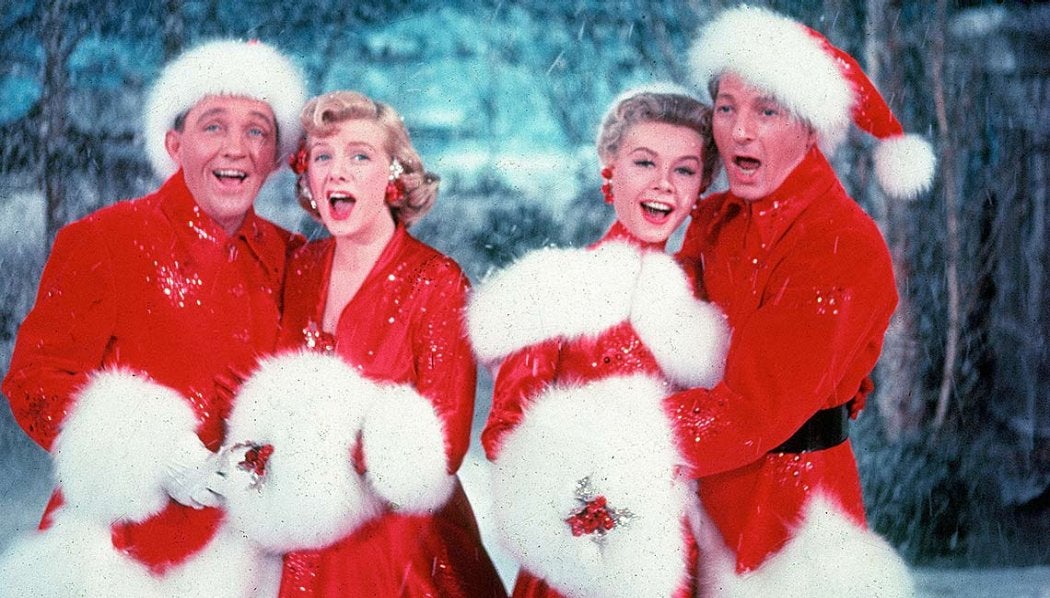 It’s like “Holiday Inn,” but in Vermont, and in color. Actually, Michael Curtiz’s VistaVision classic is not really anything like “Holiday Inn,” except it’s got Crosby singing the titular Christmas classic, with Danny Kaye taking over the hoofing chores from Fred Astaire. (Prefer it live? The stage version’s in Boston right now.)

Henry Winkler, no doubt somewhat Fonzed-out at this point, donned old-age makeup to play a New Hampshire version of Ebenezer Scrooge in this TV movie, in this case as an unscrupulous businessman. He’s visited (you won’t be surprised to hear) by three spirits who teach him the difference between usury and being a real job-creator. Plus he doesn’t say “Aaayyyyyy!” once. 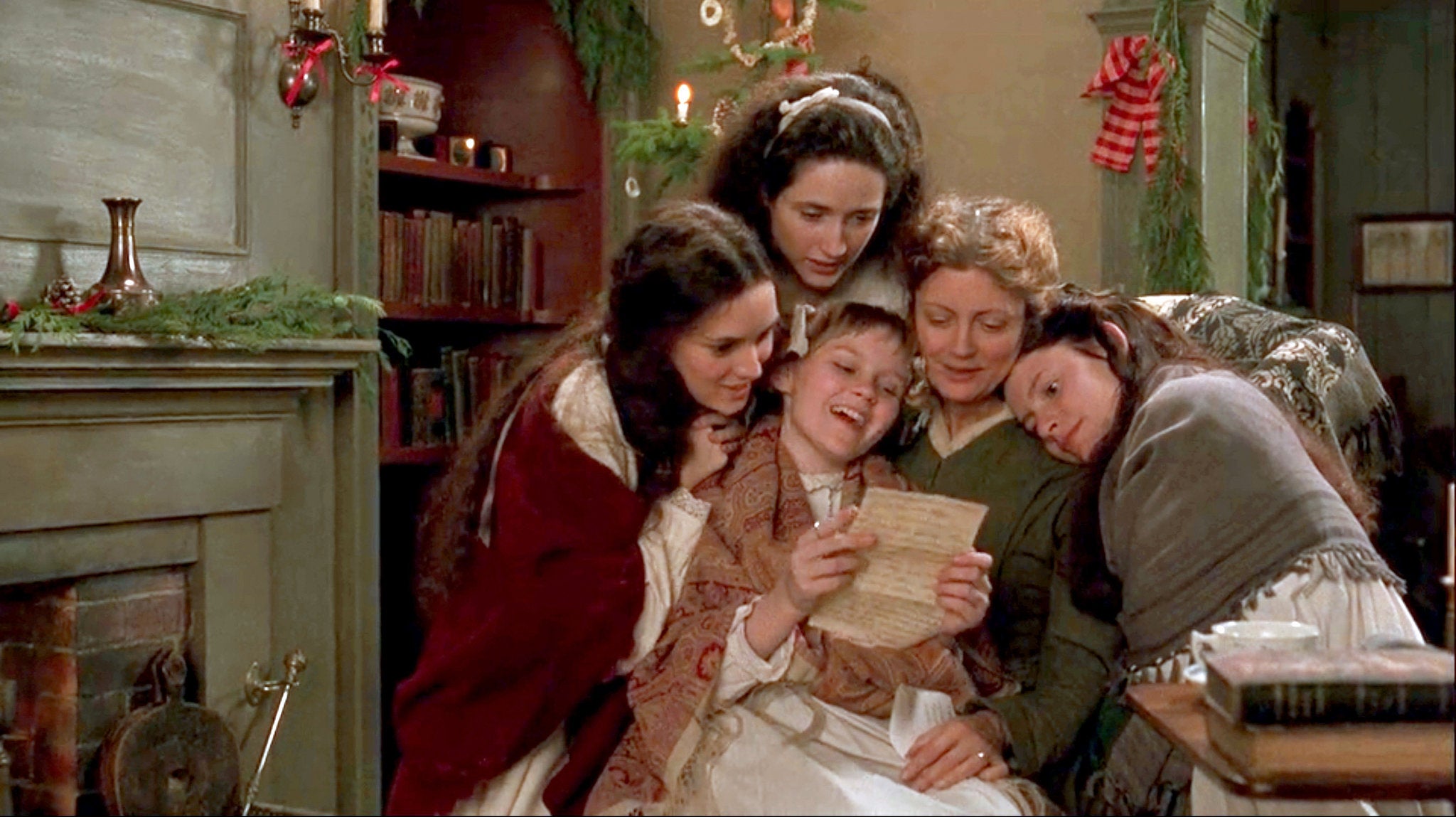 Asking whether “Little Women” is a Christmas movie is like asking whether “Die Hard” is a Christmas movie. (The answer in both cases is a definitive yes, of course.) And since it takes place in Concord, it most definitely counts as a New England movie. Gillian Armstrong’s 1994 version was roundly considered the best since Katharine Hepburn played Jo in 1933, but we’ll see next week how the latest iteration, directed by Greta Gerwig and also filmed in these parts, holds up. 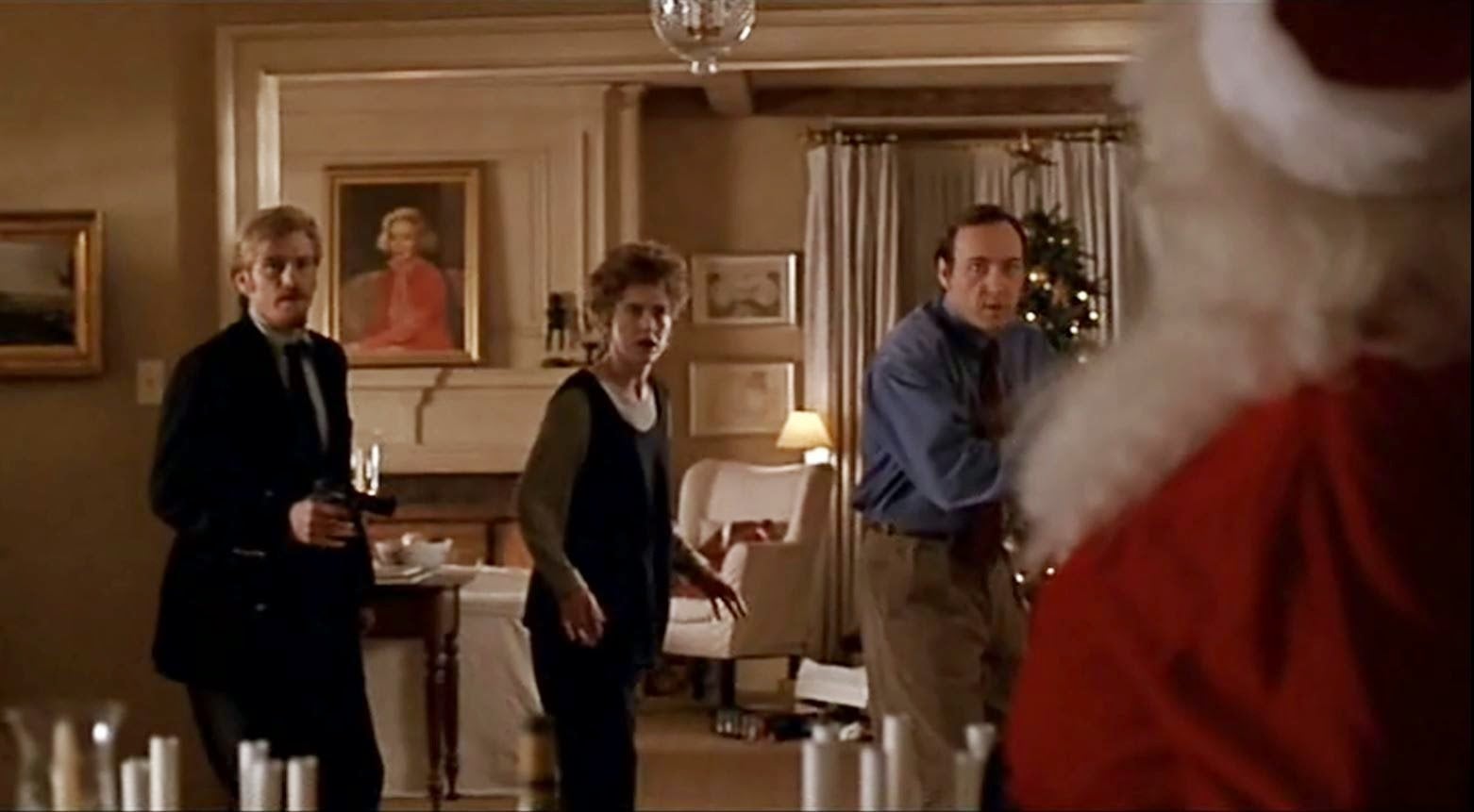 It’s Christmas in Connecticut again in Ted Demme’s dark comedy, this time at the suburban home of bickering-couple-from-hell Lloyd and Caroline (Kevin Spacey and Judy Davis), who are kidnapped on Christmas Eve on the way home from couples counseling by thief-on-the-run Gus, played in appropriately exasperated fashion by Denis Leary. How he doesn’t wind up just shooting them is another Christmas miracle. 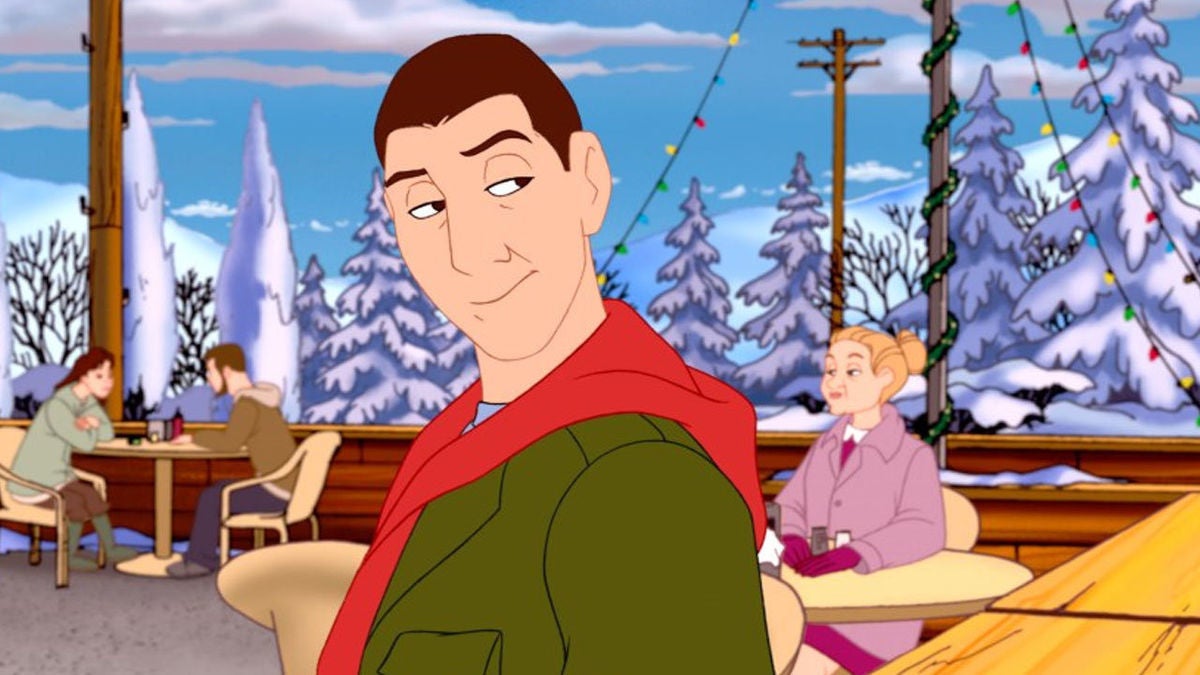 Yes, it’s the animated Adam Sandler Hanukkah movie that’s … exactly like most other Adam Sandler movies, except animated. (Plus there are songs.) Set in the fictional and at least mildly disturbing town of Dukesberry, N.H., “Eight Crazy Nights” blends dead parents and an aging mentor (like “Happy Gilmore”) with unvarnished rage (like “The Waterboy,” and all the others). But a Hanukkah miracle involving a bus and a heartfelt denouement end things on a feel-good note. 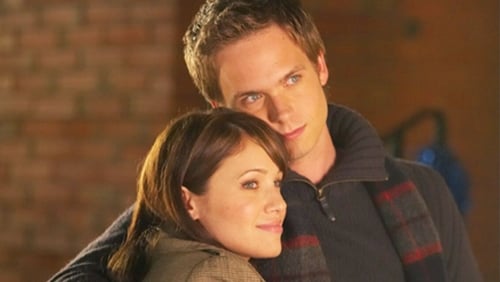 This is the ABC Family TV movie where the receptionist from “The Practice” is longtime pen pals with the guy who would eventually be Mike from “Suits.” They’ve been sharing fake pictures of better-looking people — because in ABC Family world Marla Sokoloff and Patrick J. Adams are not attractive enough, apparently? — but they finally meet up and fall in love at a toy convention in Boston. Because Christmas. 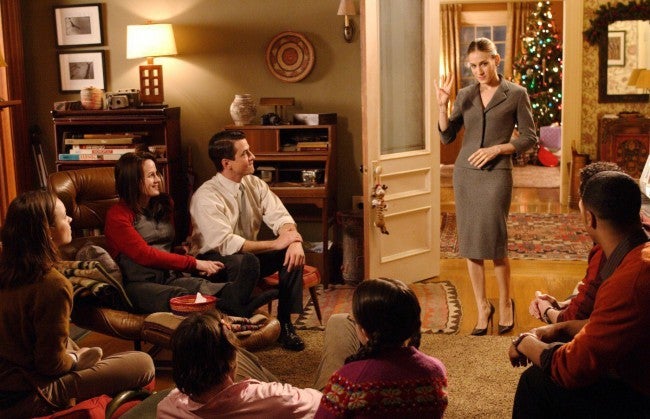 If your idea of the holidays is all about cringe-worthy family moments, have we got a film for you. We’re back in Connecticut (the fictional town of Thayer, to be specific) for Thomas Bezucha’s star-studded family comedy-drama, featuring the likes of Diane Keaton, Craig T. Nelson, Dermot Mulroney, and, of course, Sarah Jessica Parker as the world’s most uncomfortable holiday houseguest. 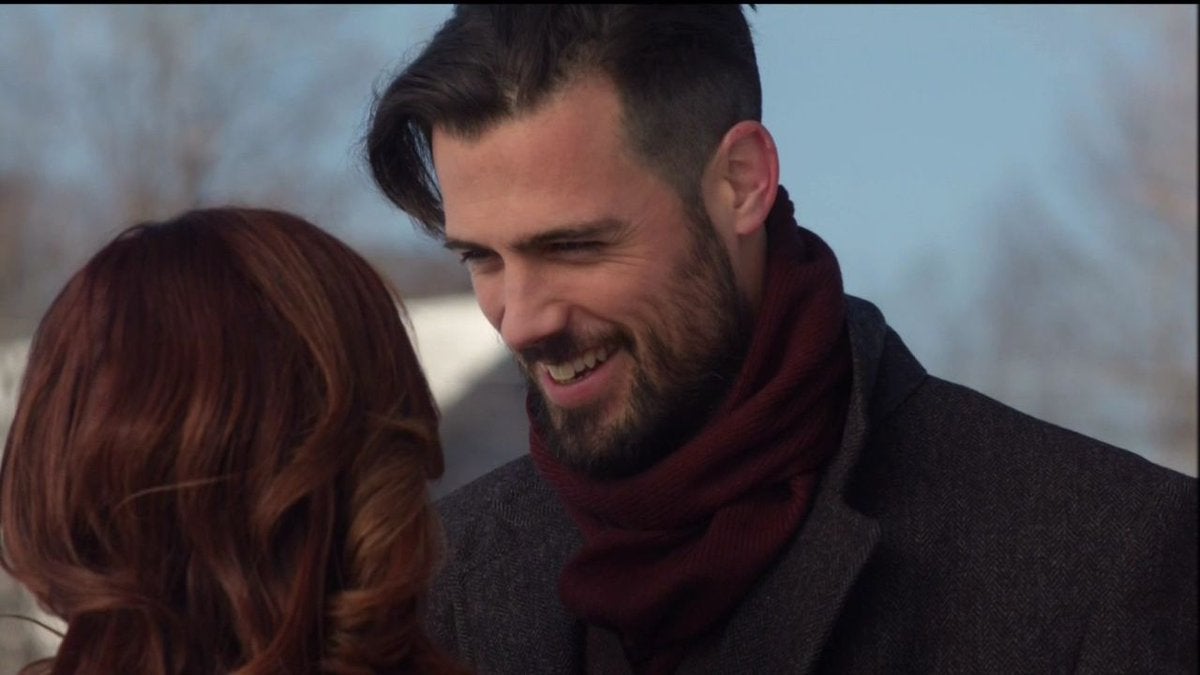 “The Spirit of Christmas”

In this TV movie, a Boston attorney (Jen Lilley) heads to rustic Vermont to handle the sale of a haunted bed and breakfast, where a ghostly inhabitant (Thomas Beaudoin) is cursed to return every year at Christmastime, whether he wants to or not. Of course they fall in love, sort of like “The Ghost and Mrs. Muir,” except everyone is better looking. 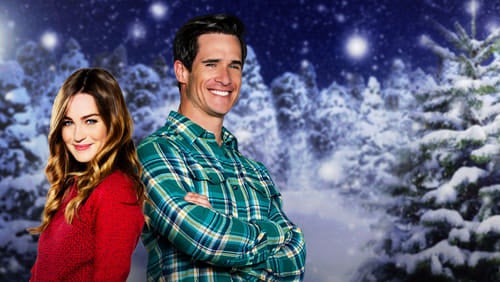 “The Spruces and The Pines”

In this Ion channel TV movie, there are two families, and their names are the Spruces and the Pines, and they own competing New England Christmas tree farms, and then two of them fall unwittingly in love despite the family rivalry, and … Oh, just watch it. (If only for Marblehead actress Sarah Fischer as the plucky, Christmas-obsessed pal of the male lead.) 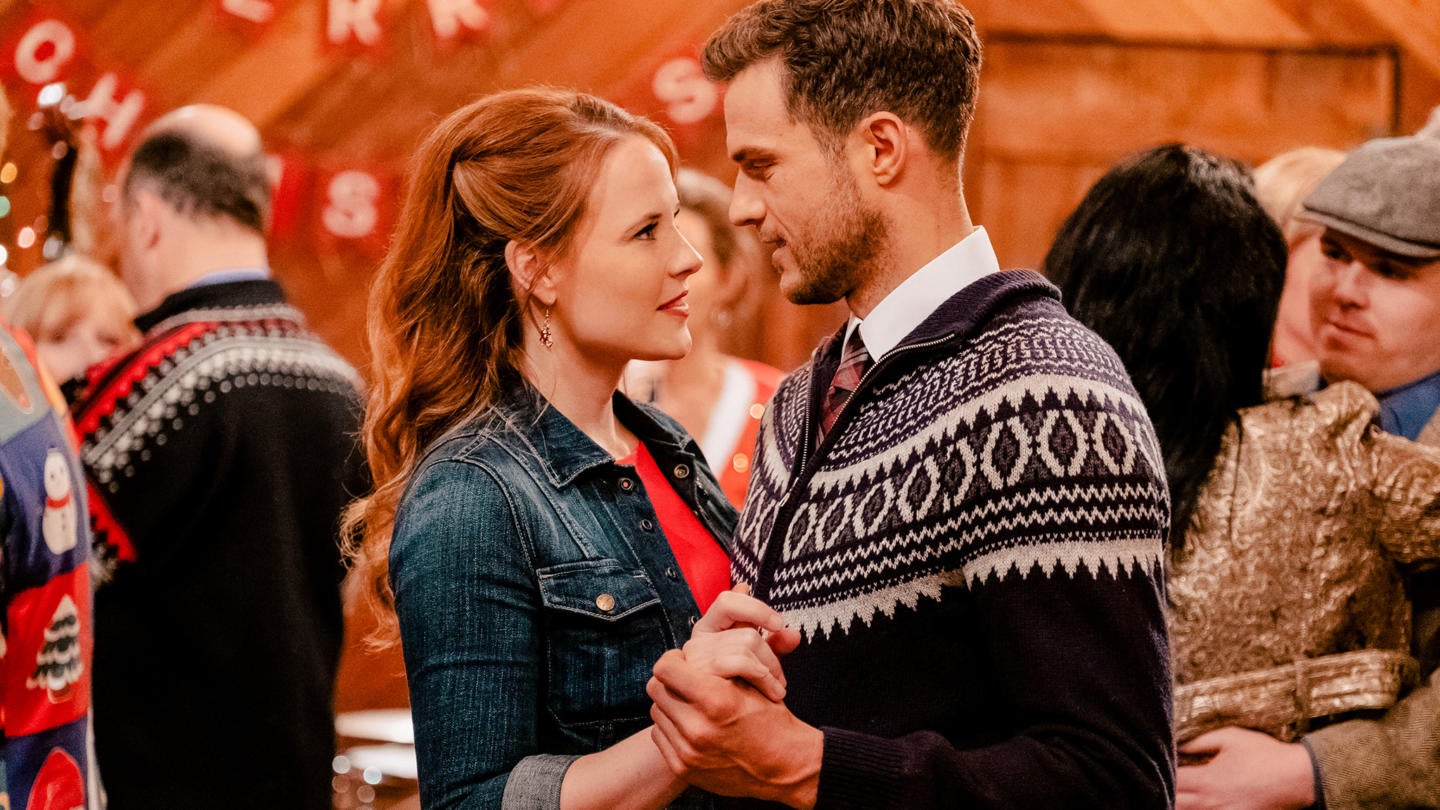 Can Emily (Katie Leclerc) save her family’s Massachusetts dairy farm? Will her holiday ice cream flavor contest be a success? Will her sister’s business partner, Charlie (Ryan Cooper), turn out to be a straight-up hunk? Does Lifetime have 31 different original Christmas movies listed on its website? (Spoiler alert: Yes.)

Do you have a favorite New England-set holiday movie that we missed? Let us know in the comments below, or email us at [email protected].