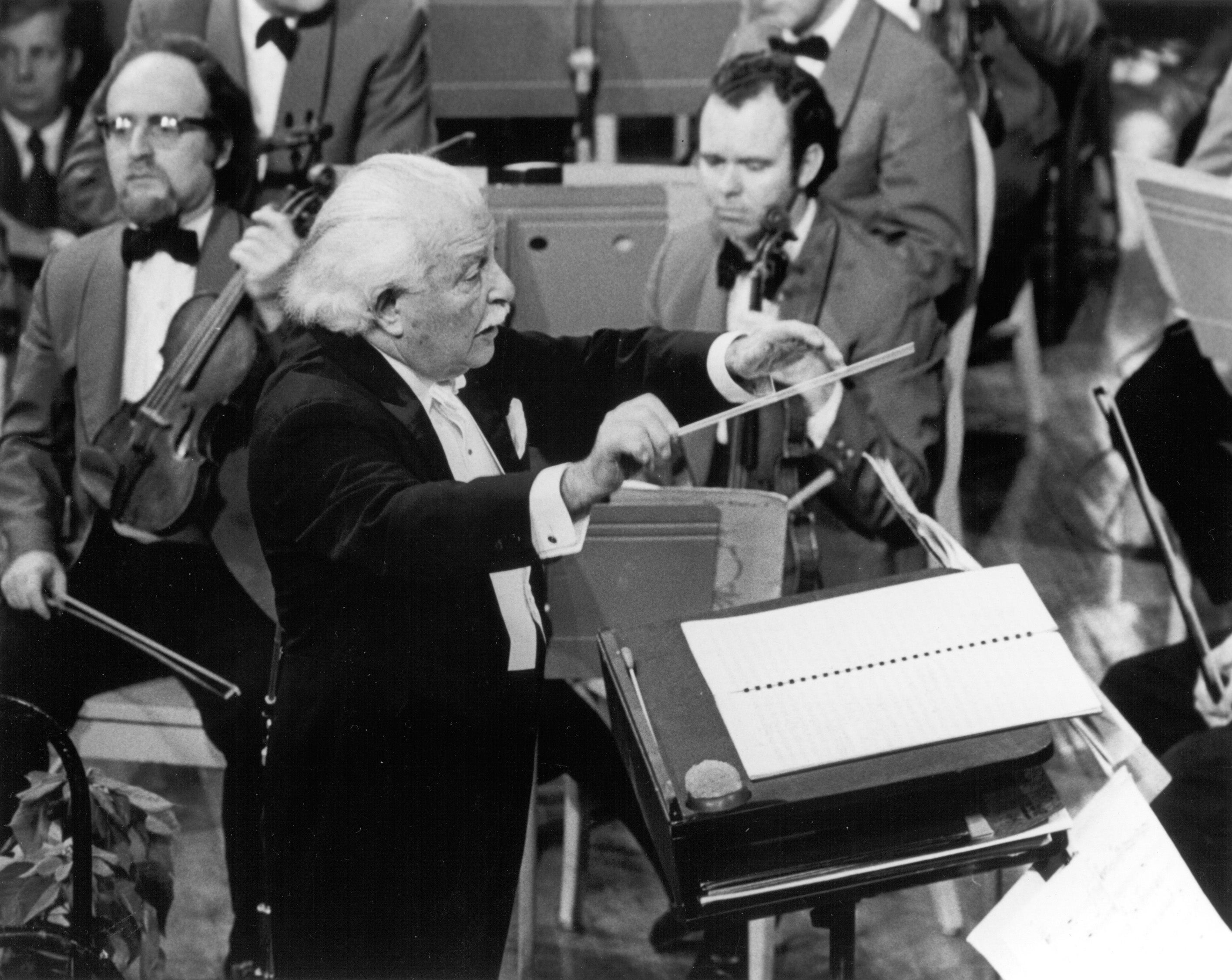 Arthur Fiedler knew he had to do something drastic for the 1974 Fourth of July Boston Pops concert. He would need to make all hell break loose.

People were losing interest in the free summer concerts the longtime Boston Pops conductor started decades earlier — even the special Fourth of July concert. Fiedler would typically stand with his back to a graying audience while flicking his baton to Gershwin and Sousa. That wasn’t working anymore. He needed to make people care again.

Hell, at least the kind that comes in the form of a classical music concert on the Fourth of July, includes a rousing rendition of the “1812 Overture’’ complete with howitzer cannons, church bells, and fireworks that would explode over the Charles River.

Although Boston owes much of this custom to Fiedler, aka “Mr. Boston,’’ the idea for the concert wasn’t his alone. Here’s the story of how an often cranky, white-haired conductor gave us Boston’s most cherished modern tradition. 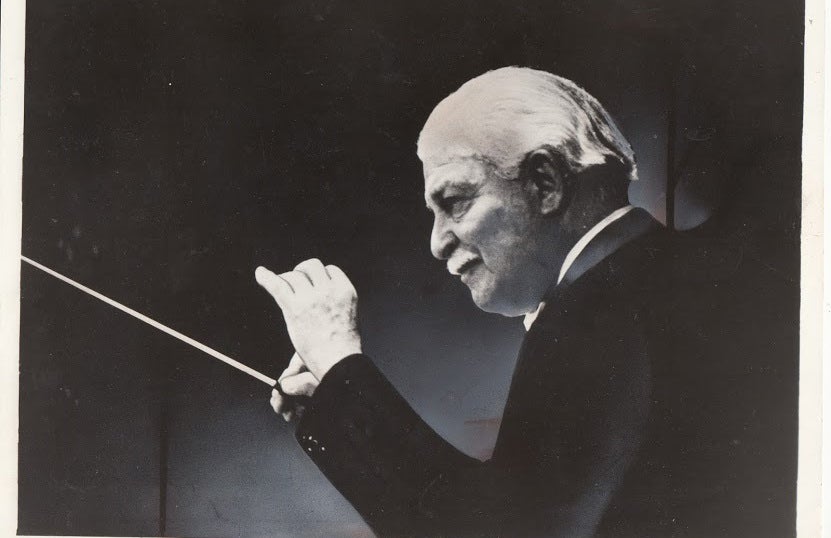 Arthur Fiedler, a Boston-born, mustachioed viola player, became conductor of the Boston Pops when he was 36. He was the first American-born musician to lead the orchestra and earned the title after bringing free music to the masses by successfully planning and conducting free outdoor concerts on the Esplanade.

Fiedler believed that if residents could have free access to renowned literature in libraries and could view masterpieces in museums for a small price, they should also be exposed to world class music for a modest fee.

Or, better yet, for free.

He raised money to bring the idea to life, and on July 4, 1929, Fiedler and half of the musicians from the Boston Symphony gathered in a specially constructed Hatch Shell on the Esplanade for a free concert.

That summer, more than 200,000 people attended the concert series. Because of its success, the Boston Symphony signed Fiedler to a three-year contract. He would go on to conduct the symphony for 50 years, until his death in 1979. 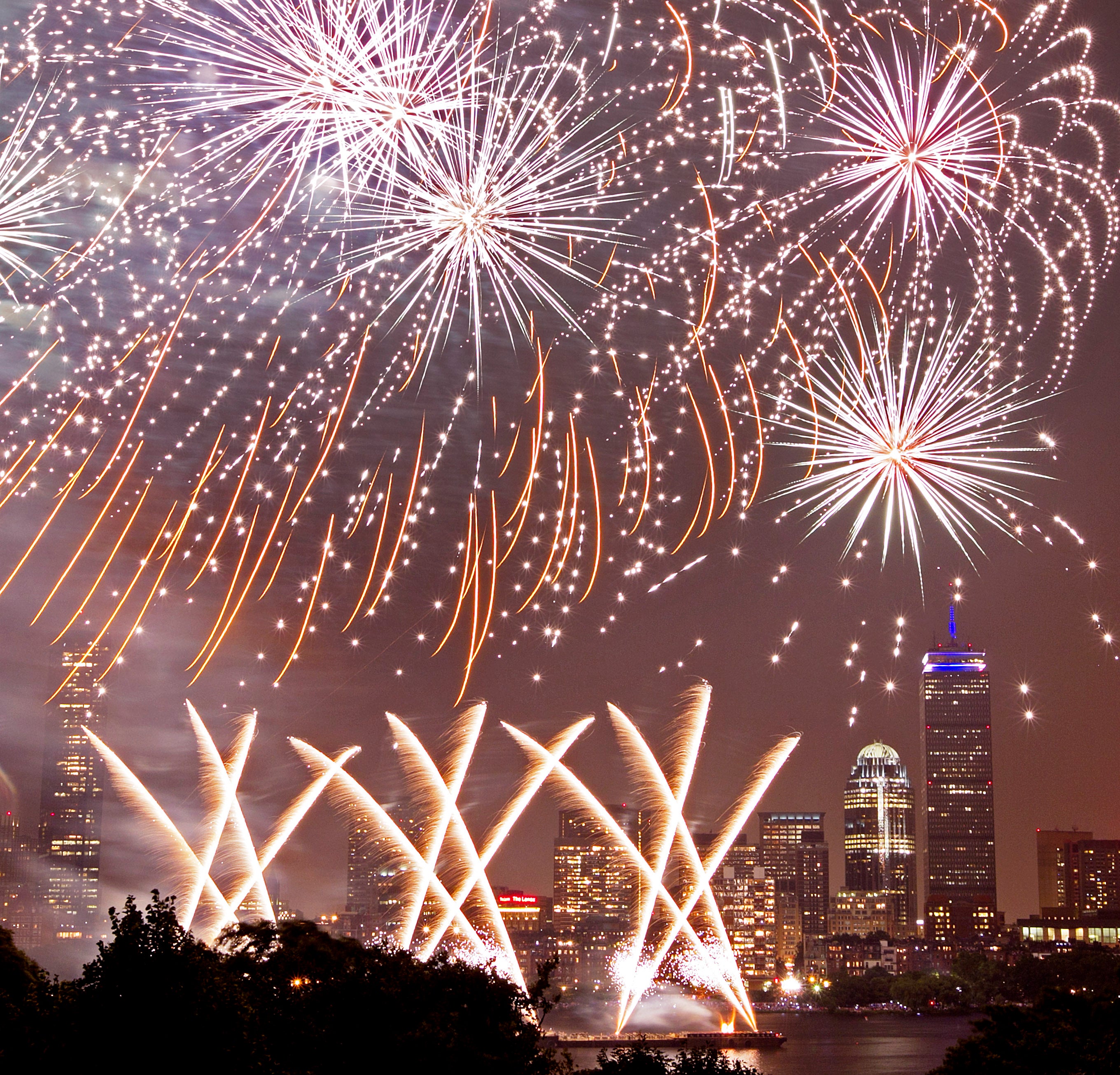 The fireworks light up the sky over the Charles River in 2012.

But Fiedler wasn’t always a popular conductor amongst his musicians.

In her tell-all book Papa, the Pops and Me, Fiedler’s daughter Johanna said the musicians and Fiedler didn’t get along. The conductor thought they were elitist and felt bitter that they weren’t more open to playing the light music that appeal to the masses.

“This damned snobbism is the thing I’ve been trying to fight all my life, every chance I get,’’ he once said.

But the players didn’t always want to play along to his tune, and hated some of the mainstream music he programmed, like the Beatles’ “I Want To Hold Your Hand.’’

Johanna wrote that sometimes musicians would toss their sheet music in the air in frustration. Fiedler would respond by tossing his own music higher in the air. Other musicians would join in, and soon, instead of being filled with music, the concert hall would be filled with the sound of rustling papers and muttering. When the papers settled, the silent sound of resentment beat through the auditorium. 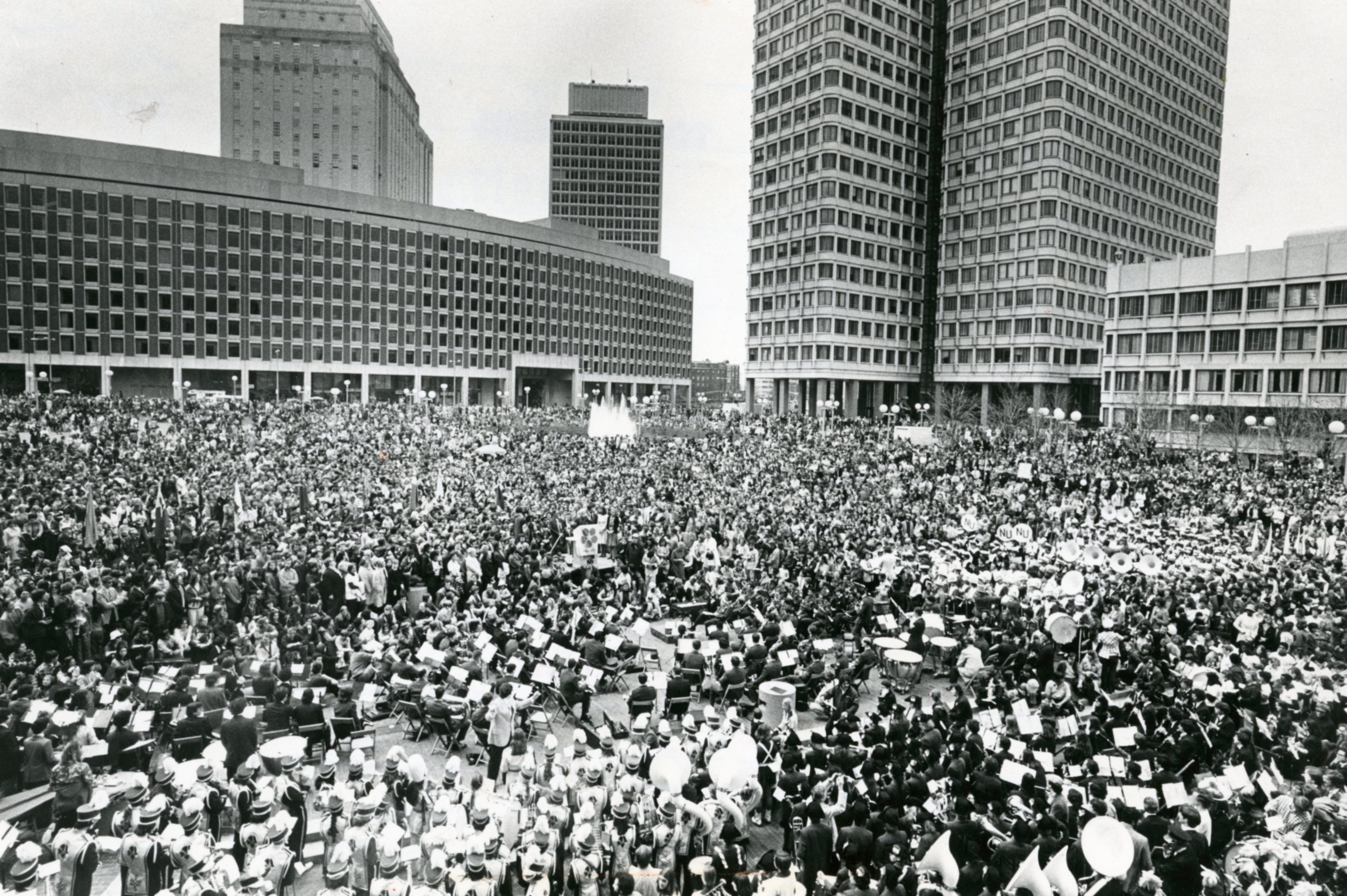 A photo from the bicentennial performance in City Hall plaza in 1976.

Fiedler had a no-nonsense approach to practice, and his daughter said he could be rude to his musicians.

“He could be cantankerous,’’ said Neil Grover, who’s been a percussionist with the Pops since 1978. “As a conductor he seemed to do OK, but his genius was more in programming. He created a musical smorgasbord.’’

The hodgepodge of songs is what made the Boston Pops popular. Fiedler’s New York Times obituary said the recordings he made with the Pops sold more than 50 million copies — more than any other orchestra in history.

But that wasn’t the only record Fiedler set.

The song, which was written by Russian composer Peter Ilyich Tchaikovsky, tells the story of Napoleon’s retreat from Russia in 1812. David Mugar, the friend of Fiedler whose family helped underwrite the Pops, first heard the song at a symphony performance at Tanglewood, and, according to the Globe,is the person who proposed the Pops play it for the Fourth concert.

Mugar called the Pentagon looking for howitzers and also went through the Yellow Pages to find fireworks, according to the Globe.

All of the effort was worth it. They hoped for 15,000 spectators, and got 75,000. But, two years later, they got even more than they had ever expected.

In 1976, in celebration of the nation’s bicentennial, more than 400,000 people crowded the Esplanade and the concert made the Guinness Book of World Records for “largest audience in the history of orchestral concerts,’’ according to the Boston Pops website. It beat the record in 1998, when more than 500,000 people attended, which is now standard.

The concert was televised for a national audience for more than 25 years, but the broadcast was pulled in 2013 after the CBS network decided not to renew its contract with the show’s producers. 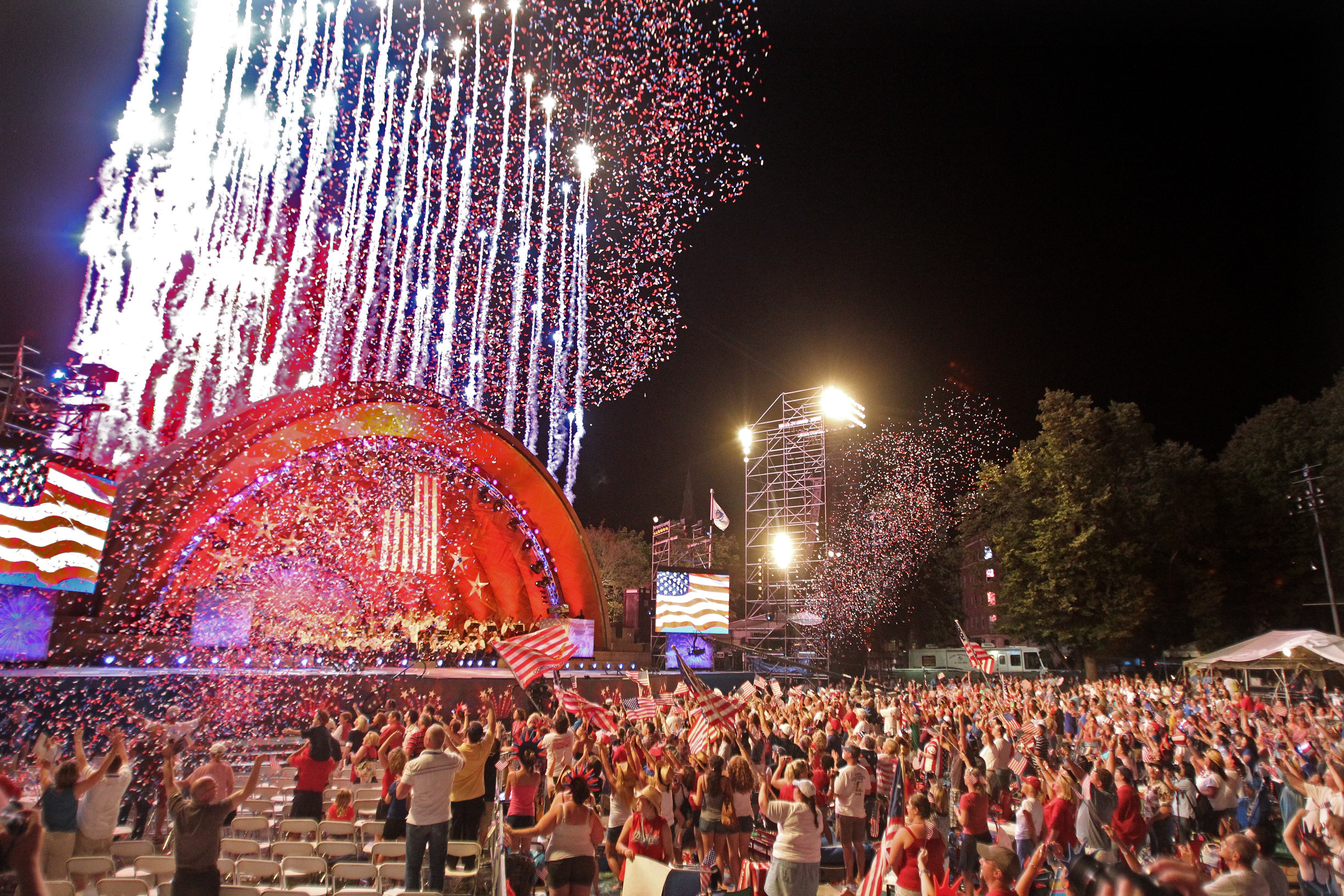 Confetti and fireworks fly over the “Hatch Shell,” during the Boston Pops Fireworks Spectacular in 2010.

Still, the performance is wildly popular, especially in its birthplace. These days, people wake up before sunrise, blankets in their arms, as they wait for the gates to open at 6 a.m.

Grover said that from his percussion perch in the back row of the Hatch Shell, which he said is one of the best views, he can see the huge crowd of people who are marveling at the music and the explosions of color in the sky. It makes the Fourth of July concert unlike any other.

“I’ve played the encore, ‘The Stars and Stripes Forever,’ thousands of times,’’ Grover, who noted he is not one for blind patriotism and protested the Vietnam War, said. “But every time, when I see the flag drop, I get chills.’’

When all hell broke loose, a tradition was born. And, for that, we thank you, Arthur Fiedler. 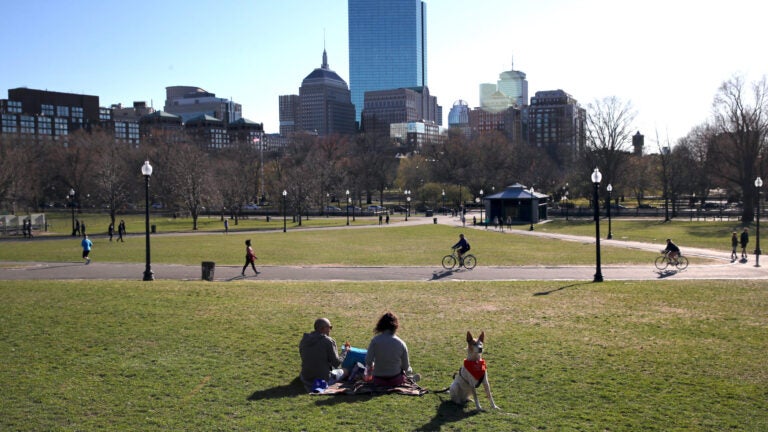