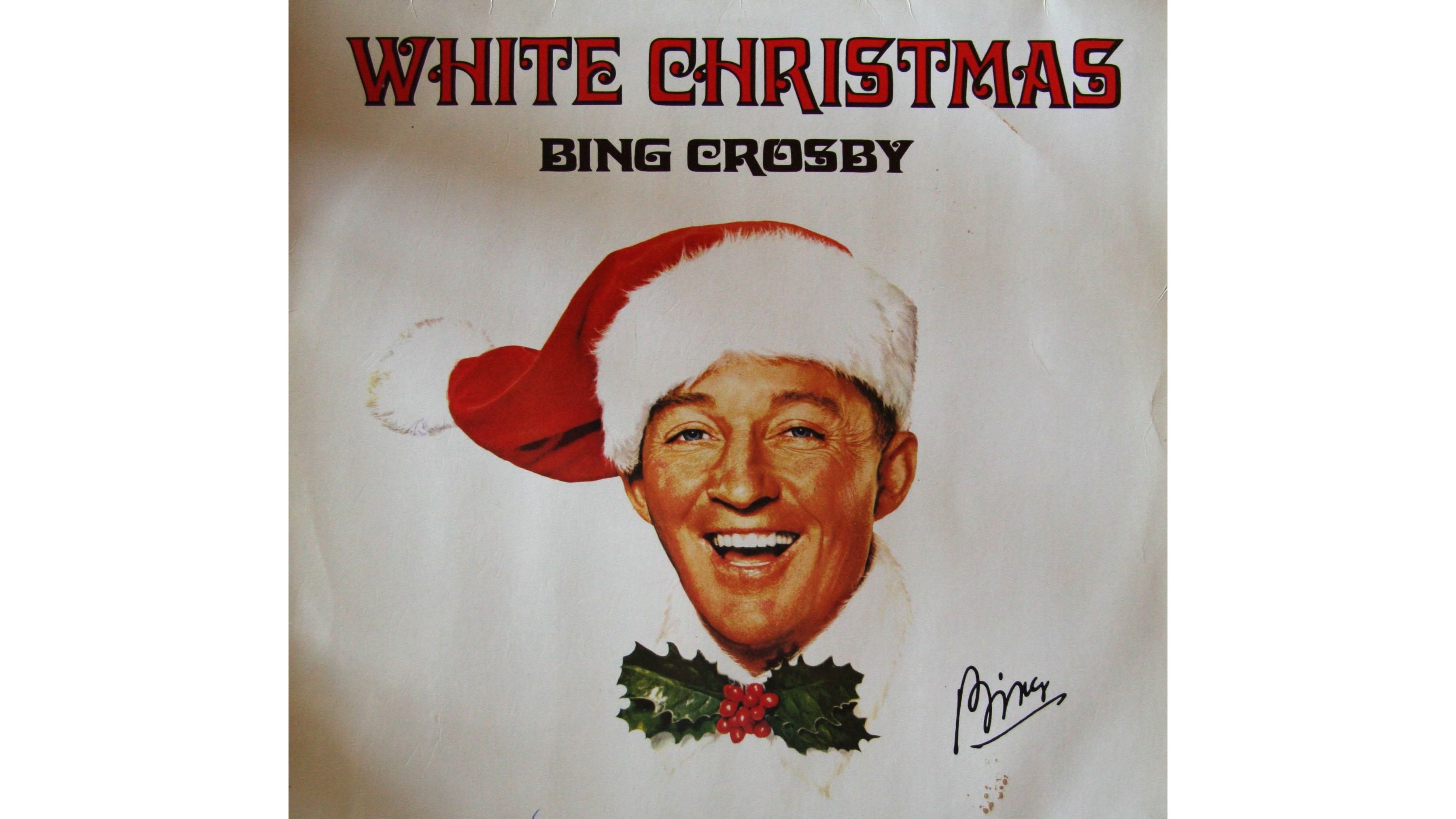 Almost 40 years after his death, Bing Crosby remains synonymous with the holiday season. While Crosby wasn’t born in Boston, the name by which he’s known to most originated here.

Harry Lillis Crosby, Jr. was born in 1903 in Tacoma, Washington. But he wasn’t called Harry for long.

His birth came two years after The Boston Post hired humorist Newton Newkirk, who wrote a newspaper column that was quickly syndicated nationally.

The Bingville Bugle was – in many ways – similar to The Onion. It was a weekly satire column that poked fun at an imaginary town – Bingville – and its imaginary residents.

“When I was a kid, three or four years old, there was a comic strip called the Bingville Bugle … and a neighbor … he called me Bingo, then it was cut short to Bing,’’ Crosby said in a television interview recounted in the book Bing Crosby: Crooner of the Century. “But, my mother always called me Harry.’’ 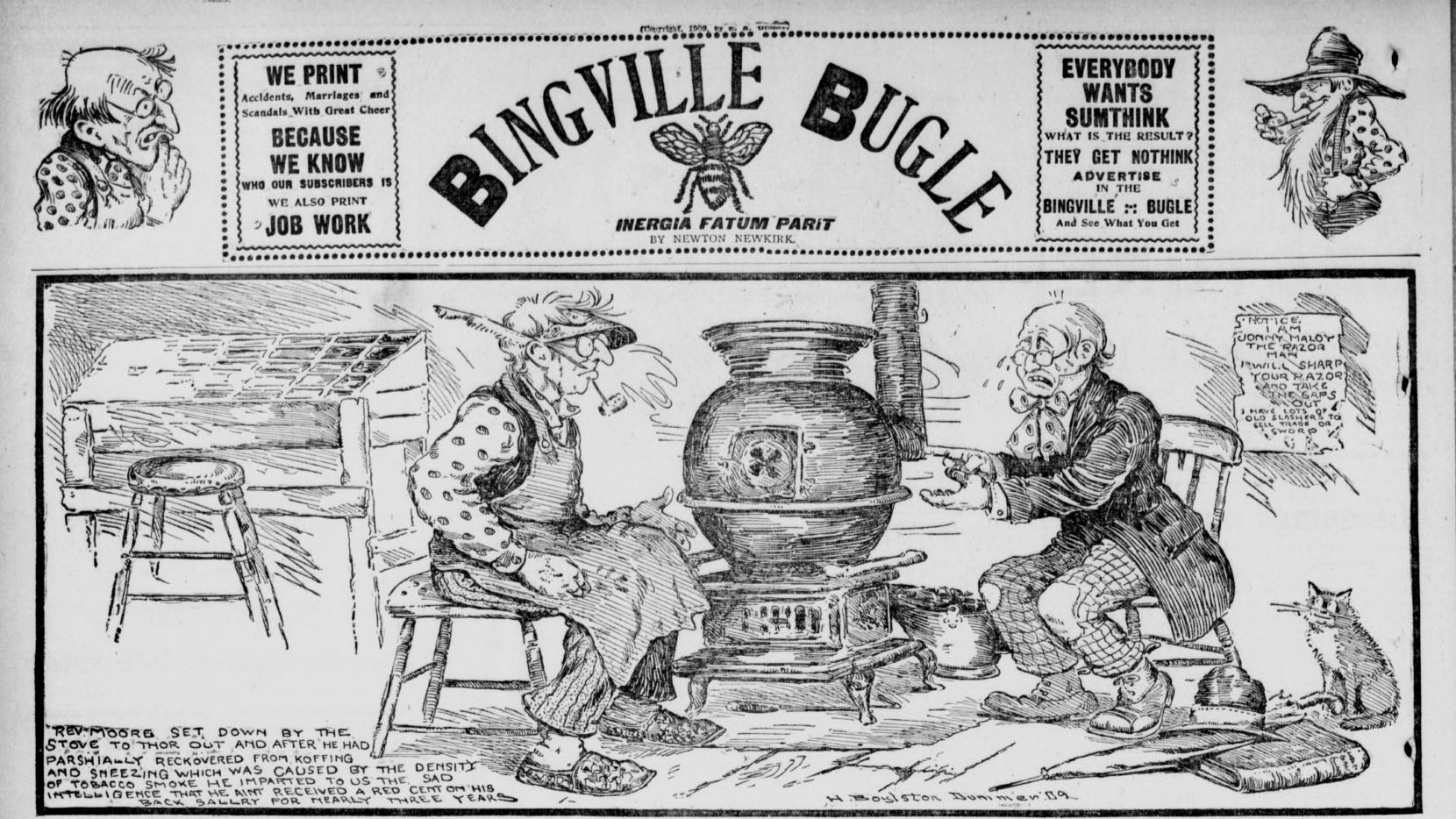 The February 26, 1910 edition of The Boston Post’s Bingville Bugle.

Clyde Newton Newkirk started writing for the Post in 1901, just two years before Crosby was born.

Newkirk launched his newspaper career when he was just 13 and began sending news items to the nearest weekly paper, according to an autobiography published in the Ohio State Journal.

“I kept the anxious public posted about all the newly-born calves and other thrilling happenings of the neighborhood,’’ Newkirk wrote.

By 16, he was earning $3 a week as a reporter for the Washington Reporter in Pennsylvania. 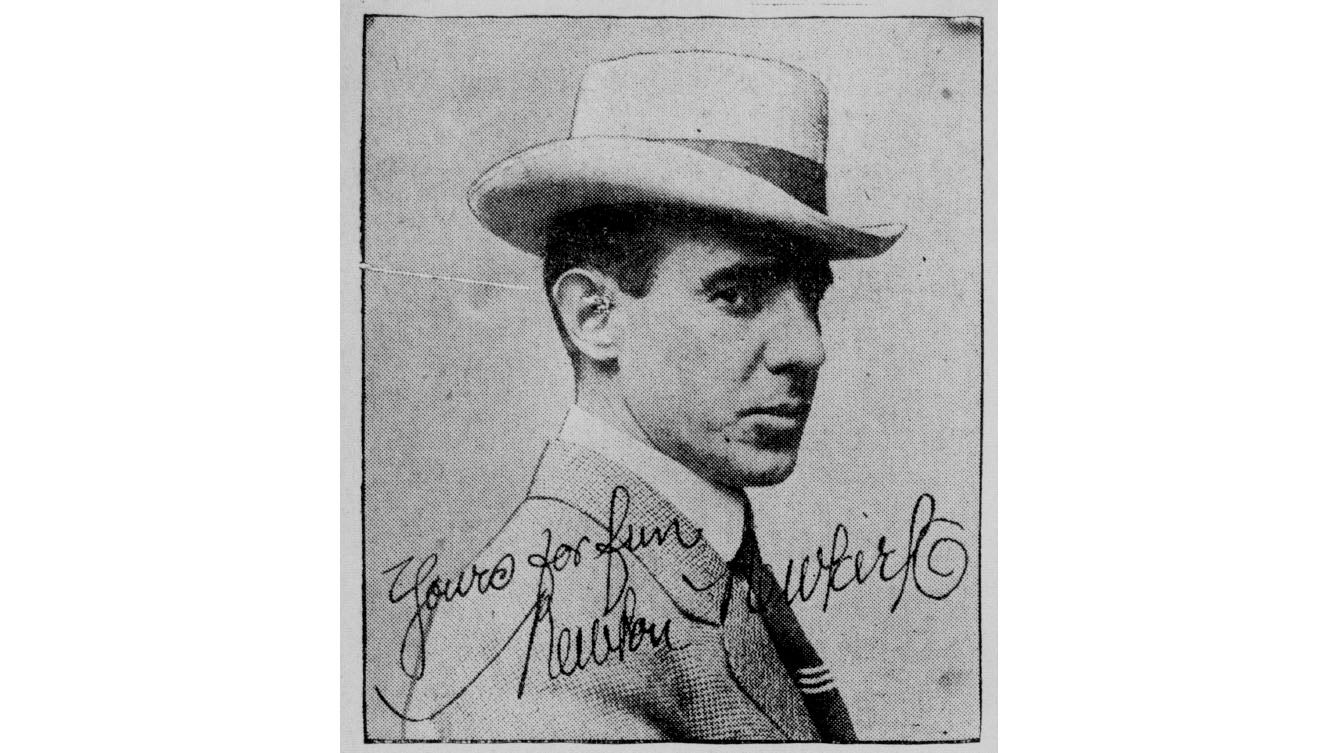 He went on to work at the Pittsburgh Post and the Cleveland Times-Dispatch before eventually landing a position at the Post.

Newkirk was a humorist, and in addition to the Bugle, wrote and published numerous books. He was also editor of the National Sportsman, an outdoorsman’s magazine published in Boston.

“Newt likes to fish and hunt and tramp – he likes dogs and children and his pipe – he has been known to fly kites, and it is believed he would make a mud pie if he thought nobody was looking,’’ according to a 1909 Post story.

In 1934, Newkirk suffered a nervous breakdown and was forced to give up his role as a columnist for the Post, according to the paper.

Just as Newkirk’s career came to a halt, Crosby’s was taking off. Crosby made his first solo radio appearance in 1931, and his popularity quickly soared. He had one hit song after another, a movie deal with Paramount Pictures, and made thousands of radio appearances.

Newkirk died in 1938. An obituary published in the Post called him “one of the foremost humorists of his time.’’

As Newkirk was laid to rest in Fryeburg, Maine, where he owned a vacation home, Crosby released yet another hit song: “I’ve Got a Pocketful of Dreams.’’

On Christmas Day in 1941, Crosby debuted “White Christmas’’ during a radio broadcast. By 1945, the song had sold 2 million copies in the U.S. alone.

“America’s No. 1 star, Bing Crosby, has won more fans, made more money than any entertainer in history,’’ read a 1945 profile in Life magazine. “Today, he is a kind of national institution.’’

The profile went on to remark that “the notable aspect of Crosby’s success is that it has persisted and enlarged with the passage of time.’’

Seventy years after the song debuted,White Christmas is the best-selling single of all time, with more than 50 million copies sold. 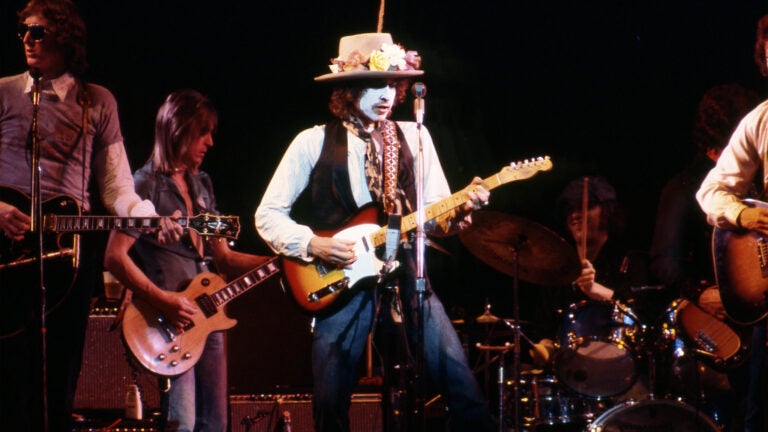 For Bob Dylan’s 80th birthday, watch some of his best Boston performances