The group and its director, Andris Nelsons, received the award for best orchestral performance Sunday for their recording of Shostakovich Under Stalin’s Shadow, featuring Shostakovich’s Symphonies 5, 8, and 9, as well as selections from Hamlet. The recording was produced by the label Deutsche Grammophon.

In a statement, Nelsons said the group is “incredibly honored, thrilled, and grateful” for the award.

“We hope these live concert recordings continue to inspire both the orchestra’s loyal fans and welcome newcomers to the BSO to discover the incredibly transcendent qualities of Shostakovich’s music, performed by these world-class musicians in the astounding acoustics of Symphony Hall,” he said.

You can listen to all of Shostakovich Under Stalin’s Shadow: Symphonies 5, 8, and 9, as well as selections from Hamlet on Nelson’s YouTube page.

The win follow last year’s success, in which the BSO won the same award for the Deutsche Grammophon-recorded Shostakovich Under Stalin’s Shadow: Symphony No. 10, also featuring the Passacaglia from Lady Macbeth of Mtsensk. 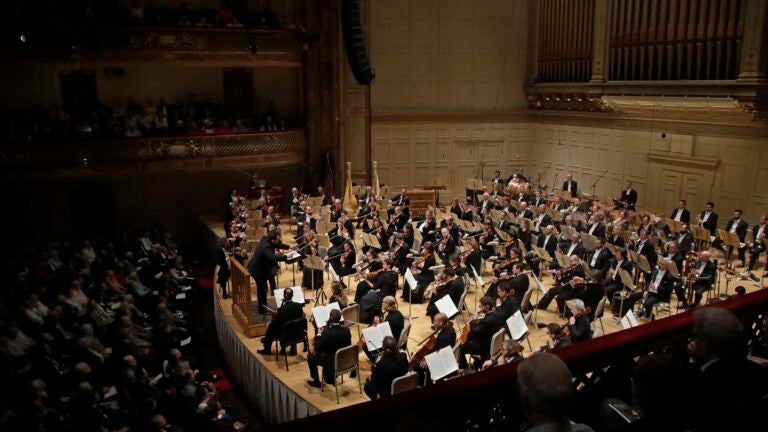 BSO cancels concert dates in Europe due to COVID-19