A famed Irish rock and roller and two of hip-hop’s biggest names on one bill are just two of the music events coming to town in September.

Van Morrison
Irish songwriter Van Morrison has put out close to 40 albums in a career that has spanned more than 50 years and has spawned countless hits. Recently the subject of a popular Boston-based book, Morrison will return to the city in which he recorded “Astral Weeks” to perform at Blue Hills Bank Pavilion. (Tuesday, Sept. 11 at 7 p.m.; Blue Hills Bank Pavilion, Boston; $285; all ages; with Shana Morrison; tickets available here)

Outlaw Music Festival
Willie Nelson is headlining Outlaw Music Festival, a traveling summer tour with a different lineup in each city. The caravan will stop in Mansfield at the Xfinity Center and will feature acts such as alt-country stalwart Sturgill Simpson and soulful folk man Nathaniel Rateliff. (Friday, Sept. 21 at 3 p.m.; Xfinity Center, Mansfield; $29-$129; all ages; with Margo Price, Lukas Nelson and the Promise of the Real; tickets available here)

Michael Christmas
Michael Christmas is one of the most recognizable names in Boston hip-hop, and with his latest release, June’s “Role Model,” his popularity has only continued to spread. Joined by fellow local Vintage Lee, Christmas will headline a hometown show at Brighton Music Hall in support of his new record. (Friday, Sept. 14 at 8 p.m.; Brighton Music Hall, Boston; $15-$45; 18+; with Vintage Lee; tickets available here) 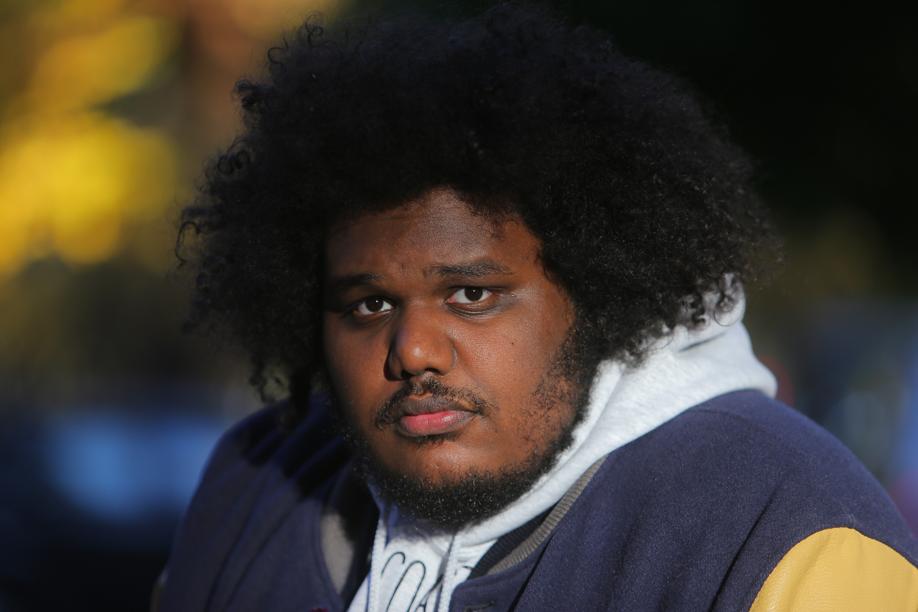 The Jesus Lizard
Pioneering Austin-bred noise rock quartet The Jesus Lizard is touring for the first time in seven years, making a stop at Royale as part of the reunion. The band’s six releases all came out in the ’90s, but its influence has only grown, to the point where the band has reformed twice since its 1999 breakup. (Friday, Sept. 7 at 7 p.m.; Royale, Boston; $32-$35; all ages; with All Souls; tickets available here) 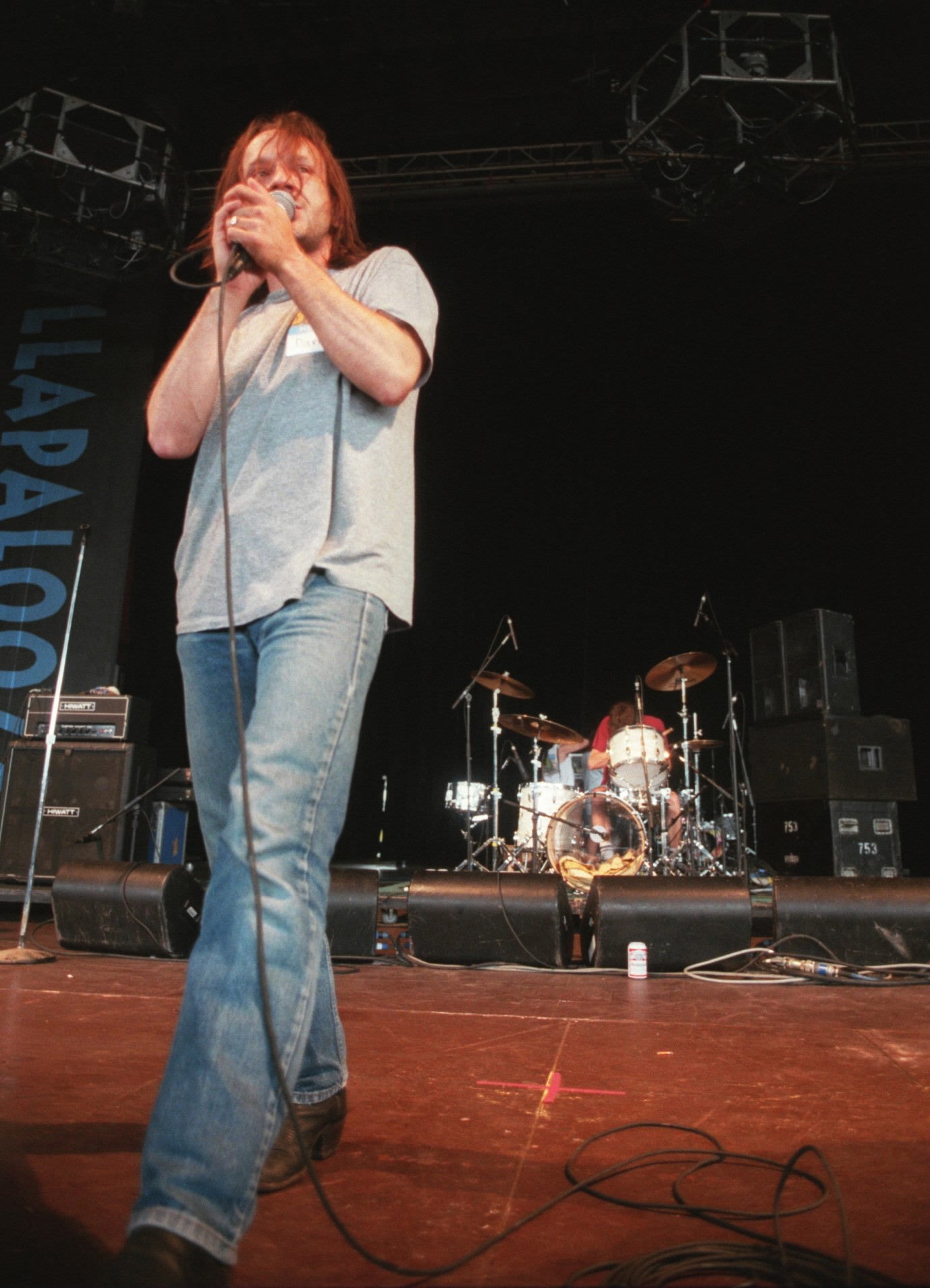 Jesus Lizard in concert at Lollapalooza ’95.

Interpol
New York post-punk group Interpol has been at the forefront of indie rock for almost two decades, beginning as one of the big New York City rock revivalist groups of the early ’00s. Upon the release of its sixth album, “Marauders,” the group will play The Orpheum with Brooklyn newcomers Sunflower Bean. (Tuesday, Sept. 11 at 8 p.m.; The Orpheum Theatre, Boston; $33-$58; all ages; with Sunflower Bean; tickets available here)

The The
British new wave punk vets The The are touring for the first time in 17 years. Primarily the project of songwriter Matt Johnson, the group achieved most of its success in the ’80s and ’90s in the UK, but its cult audience has only continued to grow over time in the States. The The will appear at The Orpheum for its first Boston show in decades. (Friday, Sept. 14 at 7 p.m.; The Orpheum Theatre, Boston; $39.50-$89.50; all ages; tickets available here)

Jeff the Brotherhood
Nashville sibling duo Jeff the Brotherhood has been putting out loud, mean rock and roll on its own label, Infinity Cat Records, for more than a decade. Now touring with two additional players, the band will make its return to Great Scott, a venue it hasn’t played since its early visits to Boston. (Tuesday, Sept. 25 at 9:30 p.m.; Great Scott, Boston; $13-$15; 18+; tickets available here)

Shakey Graves
Texas folkateer Shakey Graves has had a prolific past few years, putting out six releases since emerging in 2011, and gaining attention with 2014’s “And the War Came.” Hitting the road in support of his new record, “Can’t Wake Up,” the bluesy songwriter will play his biggest Boston show to date headlining House of Blues. (Wednesday, Sept. 19 at 9 p.m.; House of Blues, Boston; $29.50-$45; all ages; with The Wild Reeds; tickets available here)

Dispatch
Boston-bred trio Dispatch was responsible for one of the biggest shows in the city’s history in 2004, drawing more than 160,000 fans to the Hatch Shell for what was dubbed the band’s final concert at the time. Having done a handful of reunions since, the band is returning to its hometown for two nights at Blue Hills Bank Pavilion. (Thursday, Sept. 20 at 7 p.m. and Friday, Sept. 21 at 7 p.m.; Blue Hills Bank Pavilion, Boston; $25-$59; all ages; with Nahko and Medicine for the People, Scatter Their Own; tickets available here)

Childish Gambino
Donald Glover wears many hats in the entertainment industry. When he’s not acting, writing, or doing comedy, he records and performs soul, hip-hop, and R&B under the moniker Childish Gambino. Still riding the high of his Grammy-winning 2016 album, “Awaken, My Love!” the songwriter will headline his biggest Boston show to date at TD Garden. (Wednesday, Sept. 12 at 7:30 p.m.; TD Garden, Boston; $49.50-$129.50; all ages; with Rae Sremmurd; tickets available here)

Sales
Orlando dream pop duo Sales self-released its second full-length, “forever & ever,” in July, and is embarking on a U.S. fall tour behind the record. The group will make a stop at The Sinclair with the help of LA-based songwriter Hana Vu. (Thursday, Sept. 20 at 8:30 p.m.; The Sinclair; Cambridge; $16-$18; all ages; with Hana Vu; tickets available here)