A Radiohead rocker and a DIY festival of musicians from near and far are just two of this city’s November music events.

Ian Sweet
Ian Sweet, the locally-bred project of songwriter Jillian Medford, may now be based on the West Coast, but it still draws a dedicated crowd back home. The band will make a stop at Great Scott to celebrate the release of its new record, “Crush Crusher.” (Saturday, Nov. 3 at 6:30 p.m.; Great Scott, Boston; $15; 18+; with Young Jesus, Sean Henry; tickets available here)

Slothrust
Bostonians Slothrust have been churning out grungy garage rock since 2010, putting out four albums in the process. Now based in Los Angeles, the trio will pay Boston a visit behind the release of their new record, “The Pact.” (Saturday, Nov. 10 at 7 p.m.; The Sinclair, Cambridge; $15-$18; all ages; with Mannequin Pussy; tickets available here)

Letters to Cleo
On the shortlist of bands that soundtracked Boston in the mid-to-late ’90s is power pop rockers Letters to Cleo. (You may recall, they also soundtracked the 1999 film “10 Things I Hate About You.”) While the band stopped touring in 2000, it often reconnects for hometown shows, including two this month at The Paradise. (Friday, Nov. 16 at 8 p.m. and Saturday, Nov. 17 at 8 p.m.; Paradise Rock Club, Boston; $29.50; 18+; with American Hi-Fi; tickets available here) 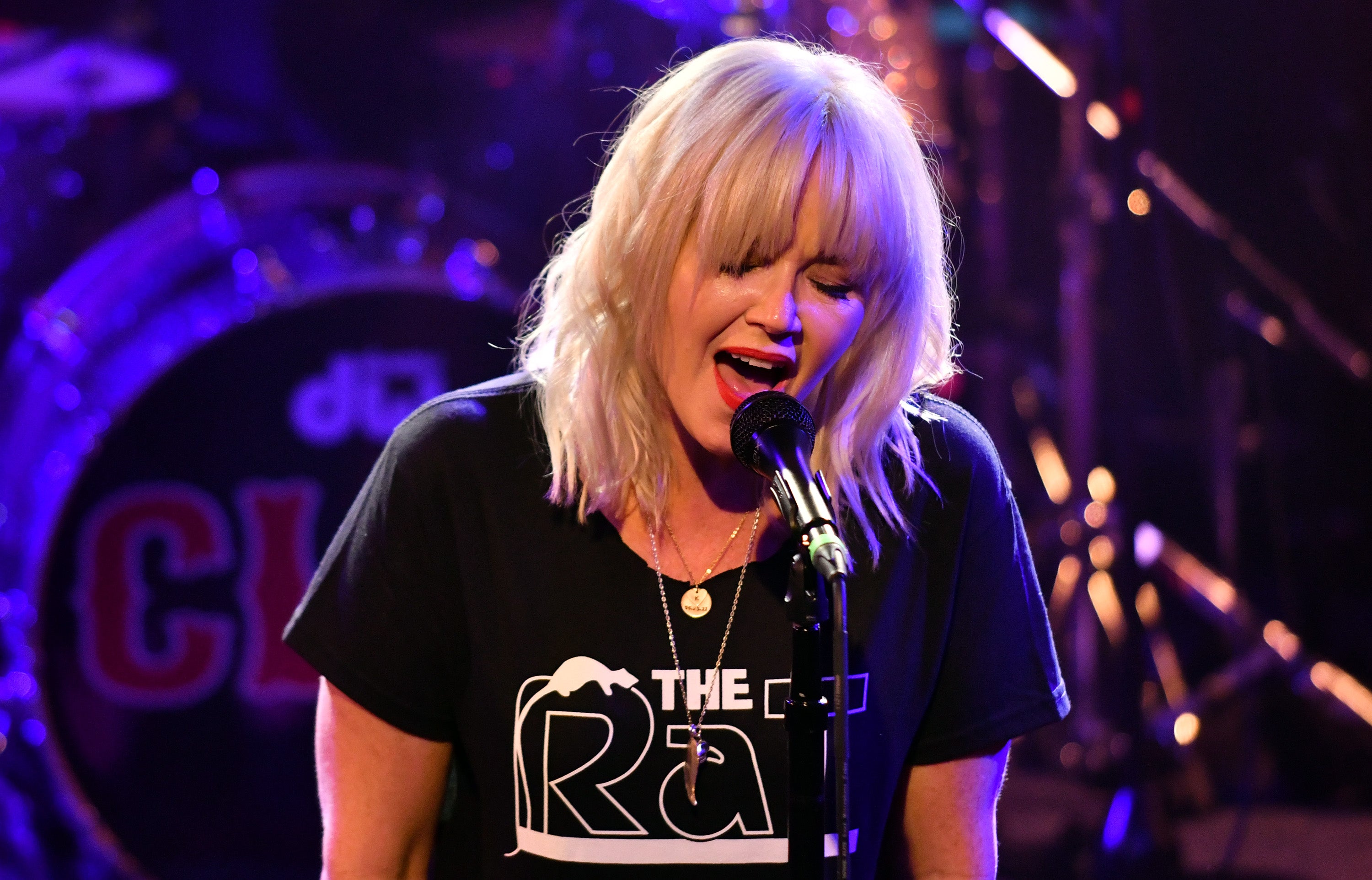 Kay Hanley leads Letters to Cleo in concert at the Paradise.

Speedy Ortiz
Hometown rockers Speedy Ortiz have relocated to Philadelphia in recent years, but still bring a familiar buzz back to Massachusetts with every trip. Coming off of a tour with Liz Phair, and fueled by the success of this year’s “Twerp Verse,” the band will headline a show at The Sinclair. (Tuesday, Nov. 27 at 7 p.m.; The Sinclair, Cambridge; $15; all ages; tickets available here)

Jim James
Jim James has had his hand in a number of different projects, from neo-folk supergroups to Bob Dylan tributes. When he’s not touring with his main band My Morning Jacket, he’s churning out solo albums that range from his signature twang to more electronic elements. (Friday, Nov. 16 at 8 p.m.; Shubert Theatre, Boston; tickets start at $35; all ages; tickets available here)

Tune-Yards
New England native Merrill Garbus has been crafting soulful art pop under the name Tune-Yards for just over a decade, releasing four danceable records along the way. Not only did she drop the latest of those albums, “I Can Feel You Creep Into My Private Life,” in January, she scored the film, “Sorry to Bother You” earlier this year, too. Tune-Yards will play The Paradise with Canadian pop project U.S. Girls. (Thursday, Nov. 1 at 8 p.m.; Paradise Rock Club; $30; 18+; with U.S. Girls; tickets available here)

Boygenius
On their own, Julien Baker, Phoebe Bridgers, and Lucy Dacus are three of the most exciting modern songwriters, spanning folk to rock and everything in between. As a team, the three joined forces for a supergroup called Boygenius, and will play original material onstage at The Orpheum. (Thursday, Nov. 8 at 7:30 p.m.; Orpheum Theatre, Boston; $28.50-$38.50; all ages; tickets available here) Thom Yorke
Radiohead frontman Thom Yorke has been a busy man. In the past few years, he’s put out records with side project Atoms for Peace, released another solo album, produced soundtracks for a number of films, and continued evolving with his original band. He’ll make a solo stop in Boston. (Saturday, Nov. 24 at 8 p.m.; Boch Center Wang Theatre; tickets start at $58.75; all ages; with Oliver Coates; tickets available here)

Peter Bjorn and John
Swedish indie rockers Peter Bjorn and John have been performing together for almost 20 years, but found their break in the U.S. with 2006’s “Writer’s Block.” More than a decade since its success, the band has put out five more albums, including this year’s “Darker Days,” which will take them to Boston for a show at Brighton Music Hall. (Thursday, Nov.29 at 8 p.m.; Brighton Music Hall, Boston; $23; 18+; with Georgi Kay; tickets available here)

Kamasi Washington
When composer and saxophonist Kamasi Washington isn’t cooking up psychedelic jazz records of his own, he’s collaborating with everyone from Kendrick Lamar and Lauryn Hill to Herbie Hancock and members of the Grateful Dead. Having released both a studio album and an EP this year, Washington will bring plenty of new material to Royale. (Thursday, Nov. 8 at 9 p.m.; Royale, Boston; $38.75-$43; 18+; with Butcher Brown; tickets available here)

Josh Groban
Adult contemporary songwriter Josh Groban may hit a niche audience, but that audience has made four of his albums go platinum and fills arena-sized venues every time he tours. The vocalist is hitting the road in support of his eighth album, “Bridges,” and will play a night at TD Garden. (Friday, Nov. 9 at 8 p.m.; TD Garden, Boston; $65-$195; all ages; with Idina Menzel; tickets available here)

Jessie Reyez
In just a few short years, Canadian songwriter Jessie Reyez has risen to platinum status thanks to the success of her single “Figures.” She hasn’t even released a full-length record yet, but already she’s achieved enough buzz to pack up The Sinclair. (Friday, Nov. 23 at 9 p.m.; The Sinclair, Cambridge; $25; 18+; with Savannah Rae; tickets available here)

Freddie Gibbs
Gary, Ind.-based rapper Freddie Gibbs has had a prolific career that has spanned more than a decade and spawned collaborations with Madlib, Jadakiss, Young Jeezy, and more. Fueled by the success of his latest album, “Freddie,” Gibbs will play The Paradise with West Coast emcee G Perico. (Friday, Nov. 23 at 8 p.m.; Paradise Rock Club, Boston; $23; 18+; with G Perico; tickets available here) 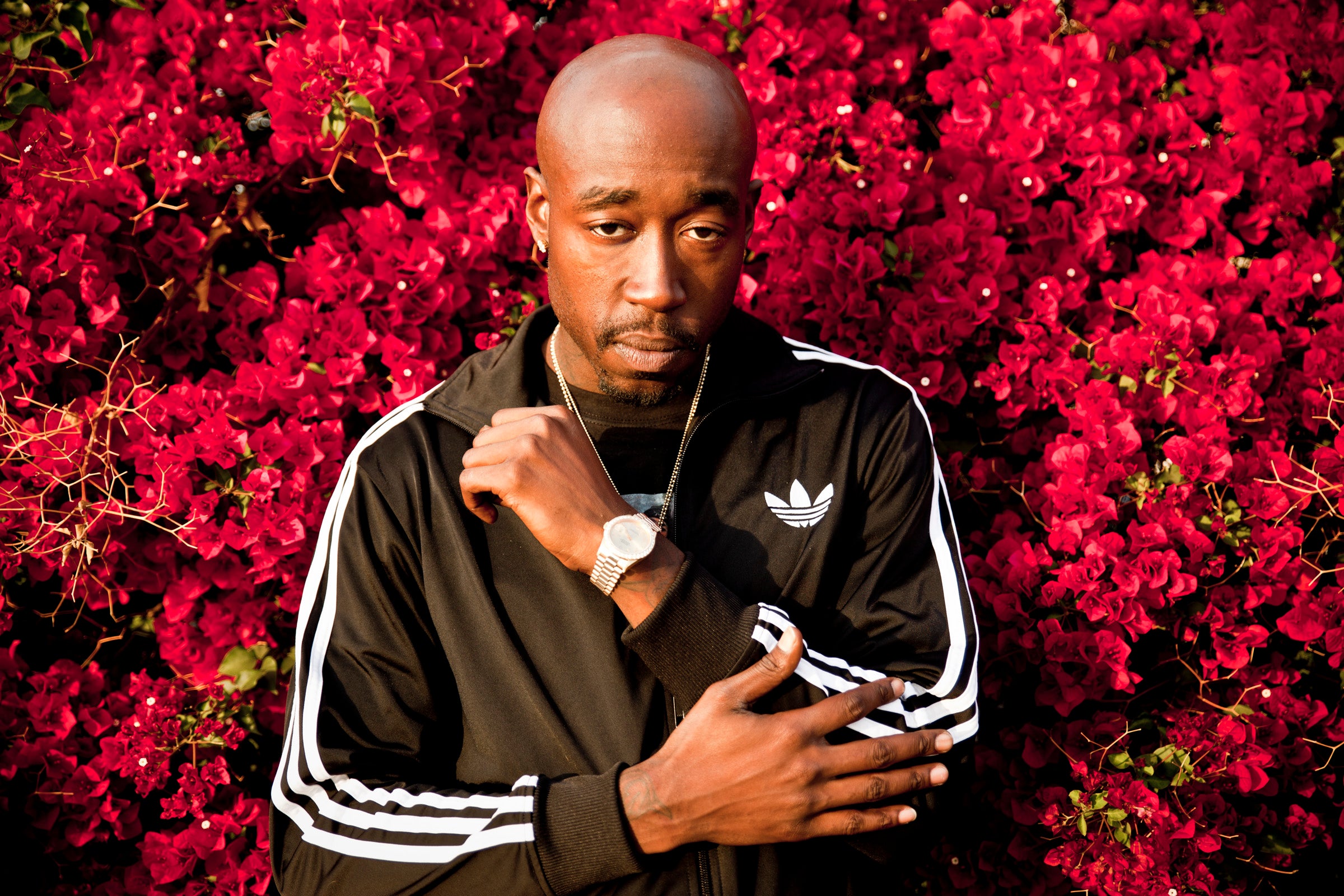 Correction 11/2/2018: This article has been updated to reflect the correct start times and ticket prices for the Jim James and Thom Yorke concerts. Boston.com regrets the errors.
Advertisement