The Boston Landmarks Orchestra is hosting a series of free concerts this summer at the Hatch Memorial Shell, celebrating the 90th anniversary of this annual tradition. Concerts will be held every Wednesday at 7 p.m. from July 17 to August 21.

“Families, children, newcomers, and first-time concertgoers all have a welcome place at our concerts,” Music Director Christopher Wilkins said in a statement. “The 2019 season celebrates great orchestral literature, innovation and creativity in our city, and the diverse talents of our many collaborators.”

Described as “a celebration in music and live video” of the 50th anniversary of the first moon landing, this family-friendly event honors the occasion with custom visuals produced by the Charles Hayden Planetarium combined with symphonic music inspired by the moon.

Under Music Director Ronald Feldman, the Longwood Symphony will present a program of orchestral works yet to be announced.

The Boston Landmarks Orchestra will perform a selection of songs and spirituals by African American composers. The audience will hear “We Need to Talk” by Fred Onovwerosuoke, shining a light on race relations through the prism of music and poetry. Songs will be followed by a concert suite of excerpts and narration from Jerome Kern’s 1927 musical “Show Boat.”

In collaboration, the Boston Landmarks Orchestra and the New England Aquarium will present a thought-provoking program addressing the environmental impacts of climate change. Music accompanies photos and video, including a new film shot in Antarctica.

This night begins with “music to move by” inspired by the Romani people, Haiti and Vodou cultures, and West African drumming. Young professionals at the Boston Ballet will close the concert with a performance.

The venue is subject to change depending on weather. An ASL interpreter will be present at the performances on July 17, July 31, and August 14. 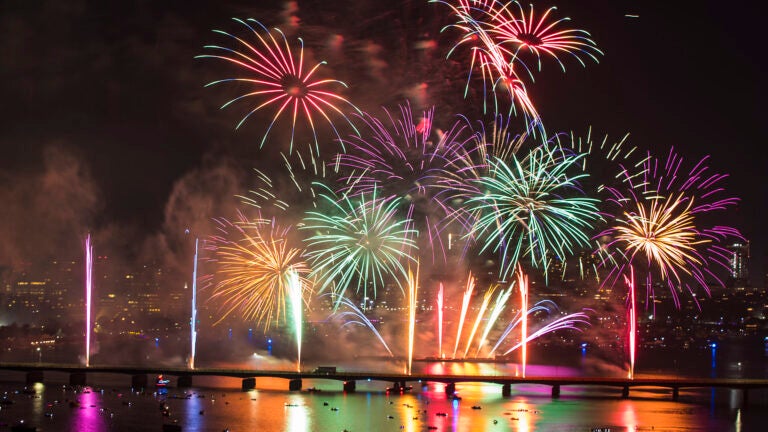