You’ve heard about shopping local; here’s your chance to listen local. These 10 rock albums from 2019 (and one very special bonus EP) all came from artists with Boston-area backgrounds — some were born here, others got their starts in the local clubs, and some are Bostonians you’re still likely to see strolling down Boylston on any given Saturday. No matter what their Boston connection, these are all worthy of any local listener’s time before the year comes to a close.

Scroll to the bottom for a Spotify playlist featuring all the highlights. 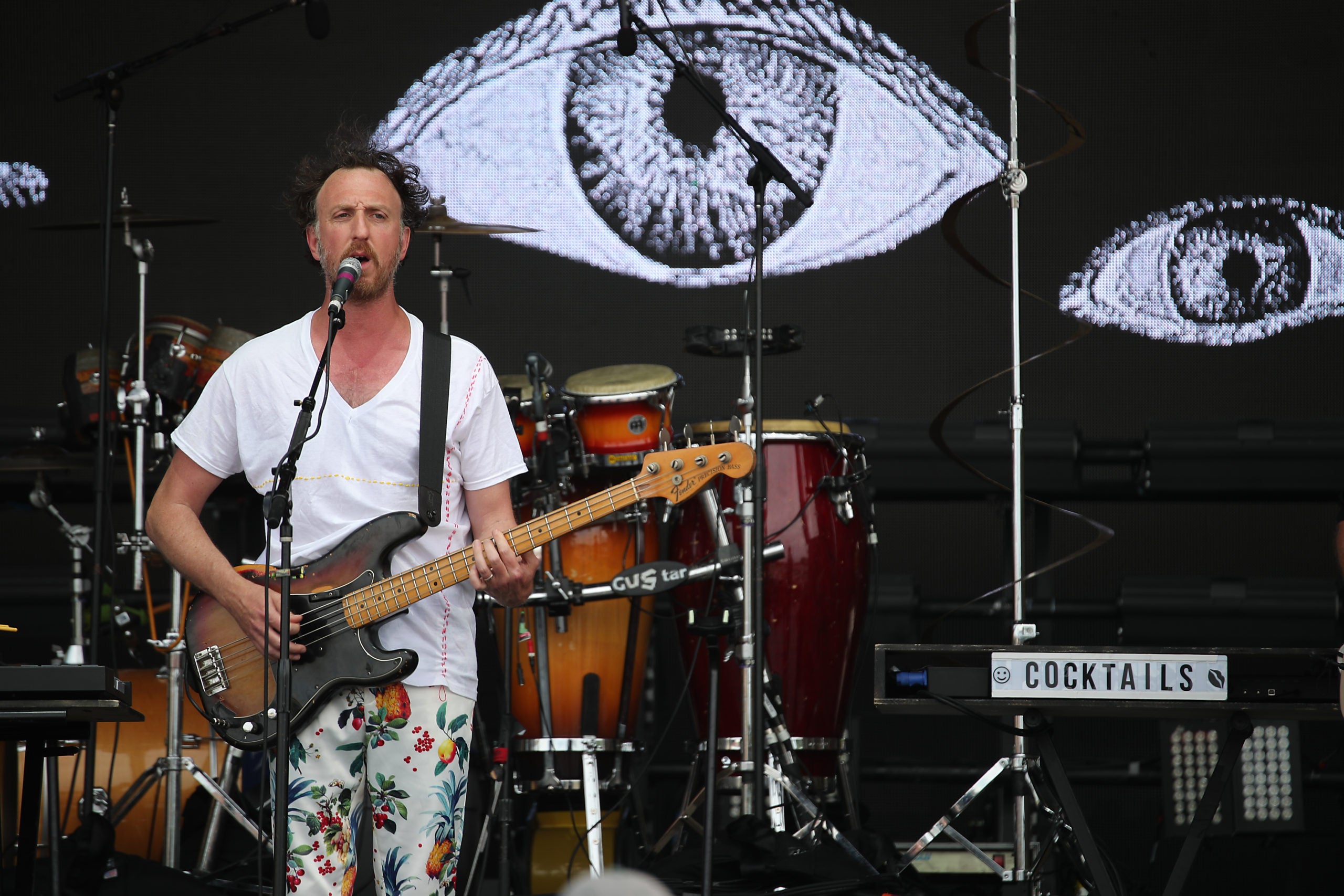 Guster performs at Boston Calling at Harvard Athletic Complex this past April.

Sure, they can sometimes be a little too clever for their own good — Ryan Miller’s fake British accent on the bouncy “Overexcited” is an example — but for the most part the ’80s-style synths and luscious pop-rock harmonies on their eighth studio album are a pleasure, and proof positive that these 1995 Tufts grads still haven’t lost their youthful spark.

Listen: “Don’t Go,” one of the band’s best since their turn-of-the-century heyday: a smooth-as-silk toe-tapper that’s breezy and charming even as the lyrics bemoan “a bag of old regrets.”

Guster plays the Calvin Theater in Northampton on March 28; the Portsmouth Music Hall in Portsmouth, N.H., on April 2; and the Columbus Theatre in Providence, R.I., on April 3. More info at guster.com. 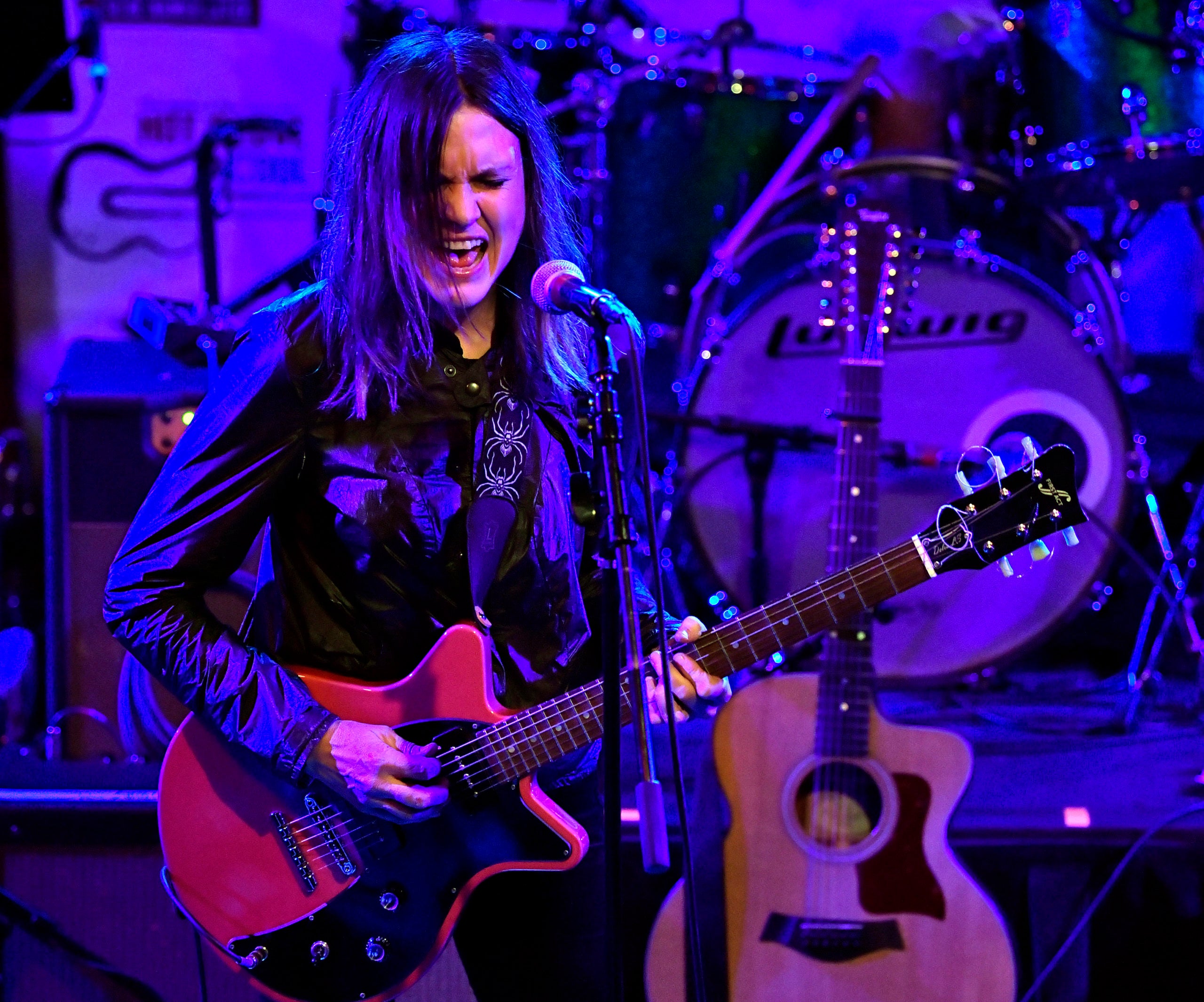 Sandwiched between two excellent cover albums — last year’s “Juliana Hatfield Sings Olivia Newton-John” and last month’s “Juliana Hatfield Sings The Police” — the Duxbury native just happened to drop her most appealing original collection in years. Juggling jangly alt-rock melodies, biting guitar licks, and wry, sometimes cynical lyrics that tackle everything from living single (“Staying In”) and aging (“Broken Doll”) to political hackery (“Paid To Lie”), it has all the bite of her early classics like “Hey Babe” and a welcome, hard-won maturity as well. Plus she still sounds amazing.

Listen: “Everything’s For Sale,” a rollicking treatise on selling out that managed to predict this year’s college admissions scandal, among other notable observations.

Juliana Hatfield plays ONCE Ballroom in Somerville on Feb. 12; and the Parlor Room in Northampton on Feb. 13. More info at julianahatfield.com.

“C&W” — it stands (naturally) for “Coffee and Weed,” the album’s sardonic opening track — due out Dec. 20, is amazingly the Boston country-folk-rocker’s third album this year, and it’s a doozy. A touching and funny old-fashioned country and western collection, it’s full of twangy slide guitar, winkingly sad stories, and no shortage of memorable women, from the imperious “Davidson County Beauty Queen” who “could have any man she wants in Tennessee” to the “Superstar” who “likes singin’ alone in her car.”

Listen to: “Why I Oughta,” a rowdy drinker’s confession that’s ostensibly about staying hydrated, noting “the whiskey makes the water taste so good.”

Lexington native Nick Loss-Eaton may make a living repping other acts, but his own band has quietly built a reputation for off-kilter Americana and rockabilly awash with humor, flesh-and-blood characters, and some of the best harmonica this side of the Mississippi, courtesy of Loss-Eaton’s harp chops. This EP kicks off with a boisterous “tribute” to working retail (“Food Court Blues”) and goes on to celebrate the joys of having a designated driver (the countrified “If You’re Gonna Drive, I’m Gonna Drink”) and the last flight of real-life adventure pilot Wiley Post (“The Ballad of Wiley Post & Will Rogers”). Among its six tracks, every one is an offbeat winner.

Listen to: “Lone Prairie,” a punkish cover of the classic cowboy folk song.

Leland Sundries plays The 413 in Easthampton on Feb. 18, and Toad in Cambridge on Feb. 19. More info at lelandsundries.com.

‘Summer of Sorcery,’ Little Steven and the Disciples of Soul

Yes, Steven Van Zandt is Mr. Jersey — just look at his most famous bosses, Bruce Springsteen and Tony Soprano. But he got his start around these parts: “Is my house still there?,” he gleefully asked a contingent from Watertown during his 2017 Orpheum show. Van Zandt’s latest effort is almost a straight-ahead party album — what else could it be with tracks called “Party Mambo!” and “Soul Power Twist”? But it’s also an opportunity for him to take another walk down memory lane of his favorite styles, from girl-group pop to Byrds-ian rock to ’70s funk.

Listen to: “Love Again,” a looking-for-love, blue-eyed soul travelogue that asks the musical question, “Maybe I’m a little old fashioned, but what’s so wrong with that?” 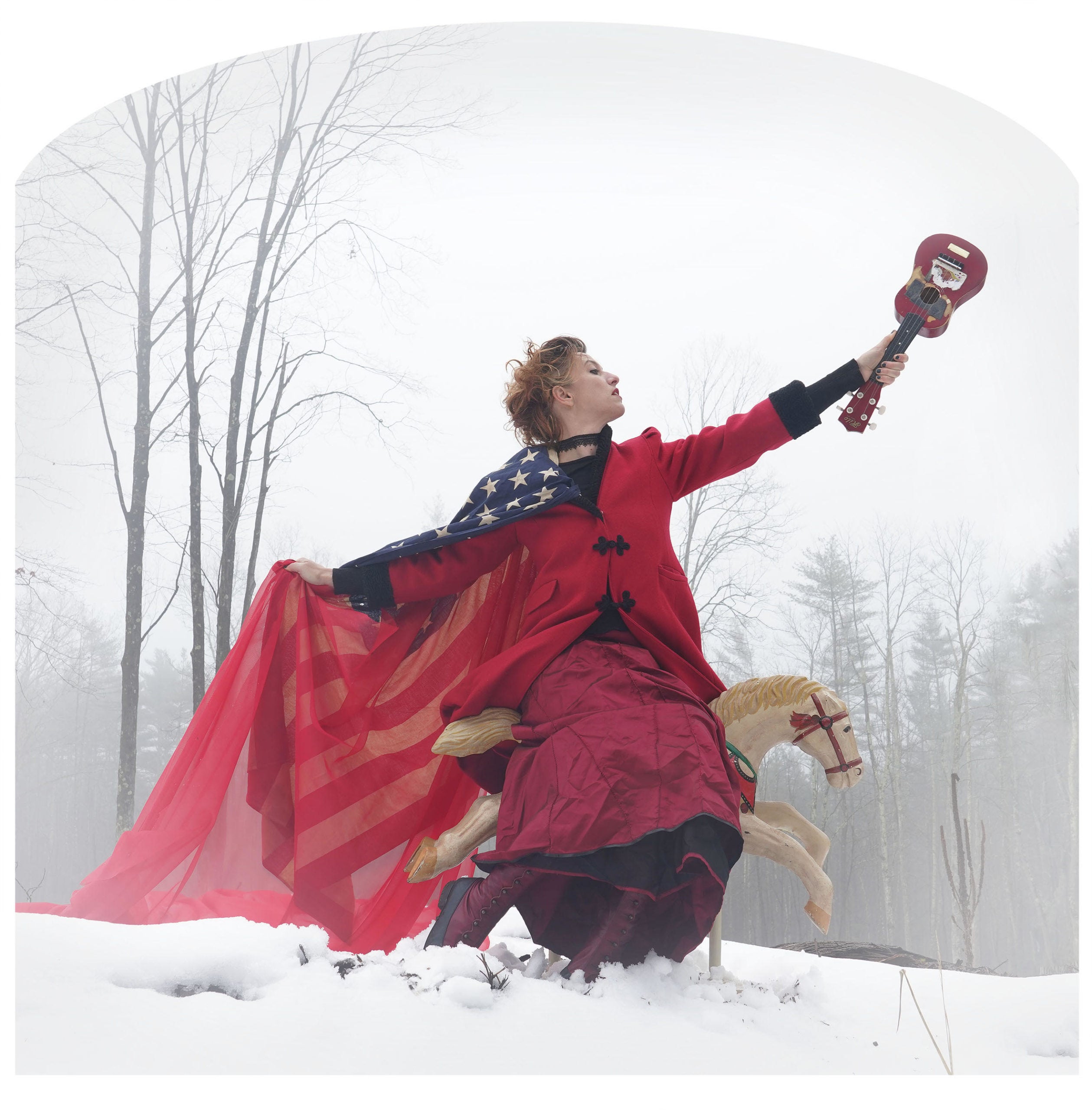 Amanda Palmer is nothing if not stylish.

‘There Will Be No Intermission,’ Amanda Palmer

No one does dark, alternative piano-based cabaret like Palmer — in fact, nobody else may be doing it at all, but that doesn’t make hers any less striking. The former Dresden Doll, another Lexington native, goes deep on this sprawling, 20-song collection, her moody piano the perfect accompaniment to her plaintive vocals as she strips herself emotionally bare on track after track, at least two of them clocking in at over 10 minutes: “The Ride,” which lays out life as a roller coaster to hell, and the exquisite “A Mother’s Confession,” a darkly funny struggling-parent dirge (“At least the baby didn’t die”) that’s disturbingly relatable.

Listen to: “Judy Blume,” a loving tribute to how the fictional characters who help us through adolescence can stay with us forever. 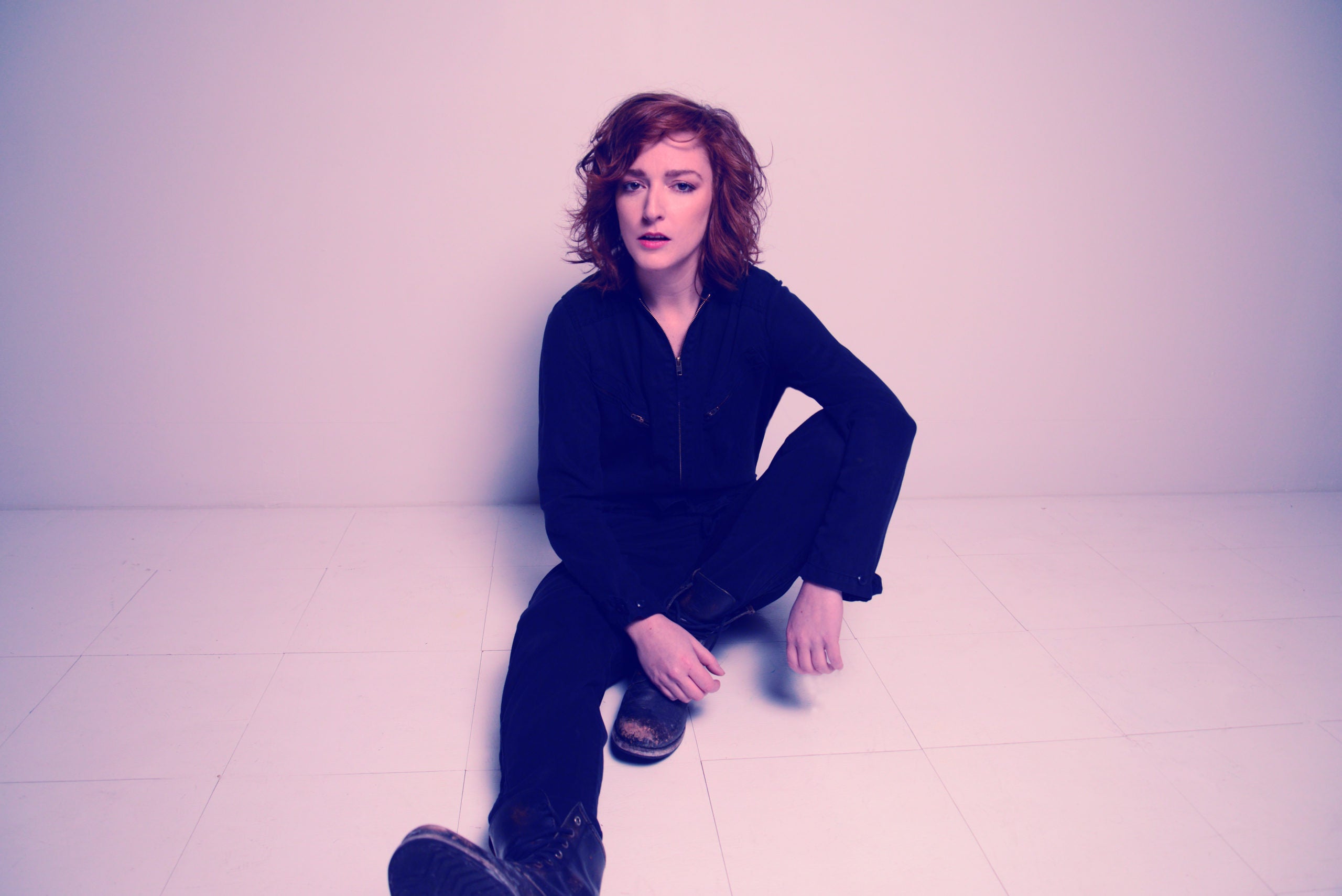 I’m still not entirely sure whether pronoun is a band or a person (specifically, Concord native and Berklee grad Alyse Vellturo). Either way, her deep, breathy rasp simply explodes on her debut LP, when it’s not raising hairs on the back of your neck like a revved-up ASMR video. (I mean that as a compliment.) Songs like the trilly, mesmerizing “sadie” and anthemic closing track “everybody knows” are driving indie pop with thoughtful lyrics and gorgeously layered production that just add to its engaging buoyancy.

Listen to: “stay,” a propulsive pop-rocker about the time-honored similarities between a crumbling relationship and getting run over by an 18-wheeler.

OK, so Ritter is from Idaho — yes, there are actually people from Idaho — but he was a stalwart in the Boston area at the start of his career, spending many nights on stage at Club Passim and other local venues when he moved to Somerville after graduating from Oberlin in 1999. His 10th studio album, a collaboration with Jason Isbell and the 400 Unit, continues his winning streak of evocative, literate folk-rock whose sunny melodies can camouflage an undercurrent of menace.

Listen to: “All Some Kind of Dream,” a plea for compassion in age that seems increasingly “cruel, low and mean.”

Josh Ritter plays the Back Porch Festival in Northampton on Feb. 28, and at the Sanders Theatre in Cambridge on March 13. More info at joshritter.com. 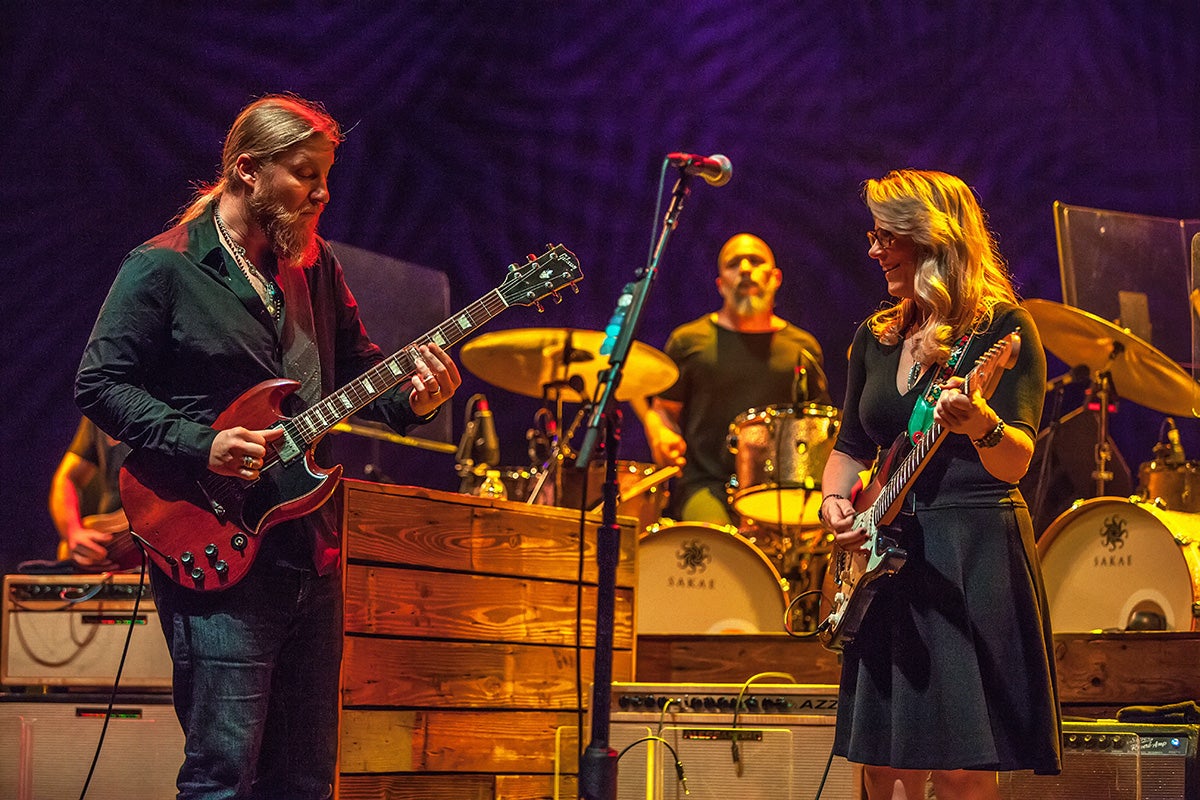 Derek Trucks and Susan Tedeschi of the Tedeschi Trucks Band.

If anyone deserves the title of local treasure, it’s Norwell native Susan Tedeschi, another Berklee grad and a renowned fixture of Boston’s 1990s blues scene. With a sublime honey-and-vinegar voice and blues guitar chops to spare, she’s a pleasure both solo and in her current ongoing concern with her husband, Allman Brothers guitarist Derek Trucks. Their latest collection is another great combination of jam-based blues and horn-supported rock, with tracks like “Hard Case” and the funky “Signs, High Times” taking full advantage of the couples’ natural chemistry.

On his latest sad masterpiece, the Pembroke singer-songwriter applies his easygoing, rambling style to characters grappling with lost love, the specter of addiction and a general inability to deal with the commitments that go along with having a stable life. It’s heavy stuff, but fortunately York marries the keenly observant nature of his songwriting with an appealing country-rock sensibility. Every track on the album is an eminently listenable on its own, even if it feels like they all take place in the same troubled world.

Listen to: “I Lost My Baby to the Needle,” a quiet, heartbreakingly matter-of-fact depiction of a loss that has become all too common.

Matt York plays The Porch in Medford on Jan. 30. More info at mattyorkmusic.com. 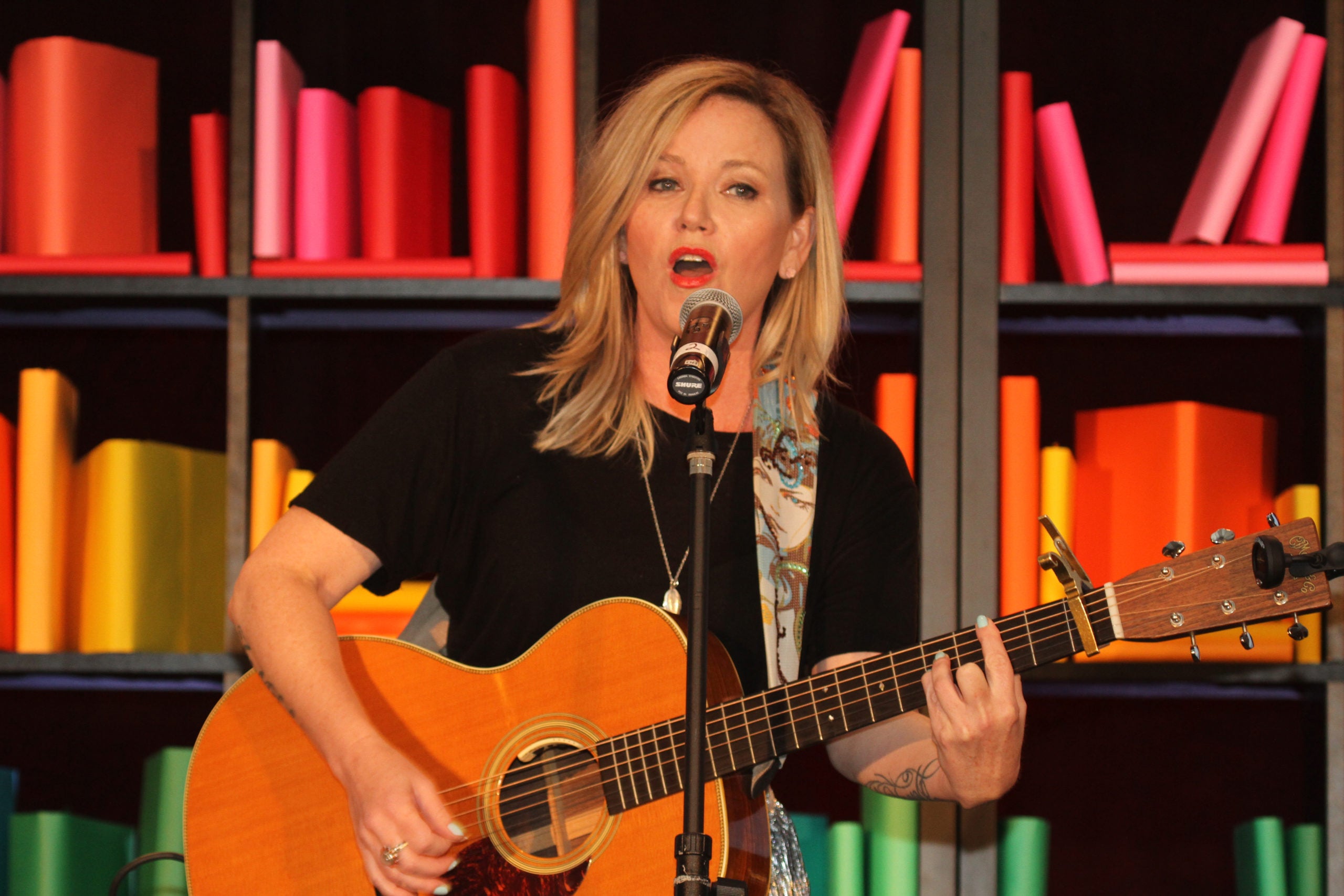 Kay Hanley, above, and Letters to Cleo released the holiday EP “OK Christmas” this year.

What a terrific surprise Christmas gift this EP is: Dorchester’s own Kay Hanley is her usual tart, ebullient self on this four-track holiday collection, which kicks off with a rip-roaring cover of The Kinks’ “Father Christmas” and ends with the sad strummer “X’mas Time,” a crunchy homeless-at-the-holidays lament that name drops Kenmore Square, Boston Common, and the Pine Street Inn.

Listen to: “Miss You This Christmas,” a jangly ’90s throwback that’s an instant power-pop holiday classic.

What was your favorite song or album by a Boston-area artist this year? Let us know in the comments or email us at [email protected].