If it feels like Bob Dylan has been around forever, that may be because, for all intents and purposes, he has been: Celebrating his 79th birthday today, Dylan hightailed it out of Minnesota in 1961 at the age of 19 for New York City, and has been a unique and unmatchable voice in popular culture basically ever since.

Over the last 60 years — during which Dylan has sold millions of records, been dubbed “the voice of a generation,” gone through several self-imposed exiles and at least one religious rebirth, and won the Nobel Prize for Literature — he’s also had an inextricable relationship with the Boston area, whose audiences always seemed to have a special appreciation for Bob’s ingenious wordplay and take-no-prisoners attitude.

In particular, Dylan’s Oct. 31, 1975 show in Plymouth, Mass. — part of the Rolling Thunder Review tour revisited by director Martin Scorsese in the (partially fabricated) Netflix documentary last year — is still heralded by some as  “the best Dylan concert of all time.” He’s made innumerable stops in Massachusetts before in after, from the likes of a Tufts University gig in 1964 to a Tsongas Arena show in Lowell last November, with hundreds in between: Sometimes he was brilliant, sometimes inscrutable, but he’s always been Bob.

To celebrate Bob’s birthday, watch “A Hard Rain’s A-Gonna Fall” from the Plymouth show, as captured in the Netflix documentary, below, followed by some other Boston-area Bob Dylan performances captured by intrepid concert goers in more recent years.

Bonus: Also from the Netflix documentary, here’s Bob and Allen Ginsberg visiting Jack Kerouac’s grave in Lowell back in 1975:

Share your own Bob Dylan Boston memories in the comments below! 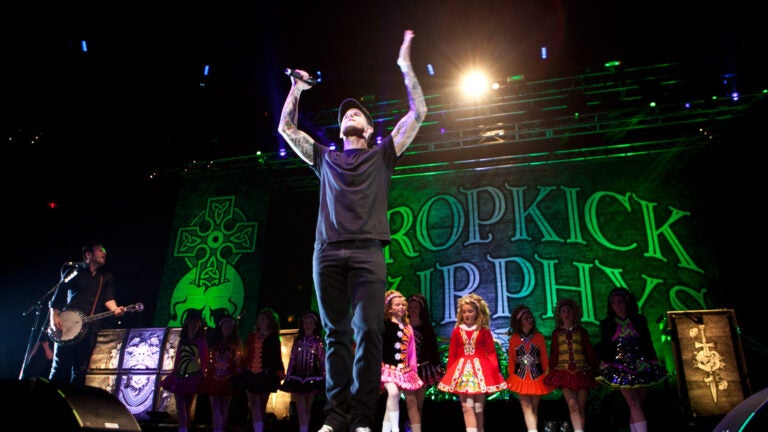