Sometimes musicians in the Boston Symphony Orchestra joke about making themselves beds in Symphony Hall. They could sleep in the green room or in the aisles of the mezzanine section, then file right back on stage for a rehearsal the next morning.

For the 21 years Ding has been a member of the symphony, their routine has hardly changed: three to four concerts and four to five rehearsals a week. Even the time that practices and performances are scheduled have largely remained the same, she said.

And then everything stopped.

The coronavirus pandemic stripped BSO of finishing its 2019-2020 season, and Ding said it left her mind feeling numb.

“My brain was even not functioning when all this happened,” she said. “For months I couldn’t really think.”

As the initial shock wore off, Ding said she began to understand that the orchestra may not be able to go back home for a while, and that she deeply misses the family she had created there.

Though the pandemic endures, BSO musicians have used their loss of a routine and the ability to perform with each other to discover music in a new light and re-imagine their return to a live audience.

Michael Martin, the symphony’s fourth trumpet, said it wasn’t until he attempted the virtual piece “Summon The Heroes” in his role with the Boston Pops that he realized how much he missed the way it felt to make music with others.

He was just about to record over first trumpet Thomas Siders’ part, but when he played the click track and heard Siders on the other end, he felt a pang of nostalgia strike him in the gut.

“That was a moment I’ll remember for the rest of my life,” he said. “It was just a click track but I was playing with him. It wasn’t music making in the normal sense, but it was as close as we could get and it felt kind of like when your stomach rumbles and you haven’t eaten all day and you take your first bite of food at 8 p.m., and you’re like, ‘Oh my God, I’m starving!’”

Martin added that all musicians are feeling the same way right now, and he thinks music lovers are too.

Since the pandemic, he’s noticed many people finding a deeper appreciation for art — whether it’s memes, films, paintings, or a melody.

“I feel like everyone on the entire plant has developed this deeper connection to and respect for the arts, and particularly music, just to get you through the monotony of the same routine every single day,” he said.

With a demand for music rising, Martin said it was incredible to watch the ways in which musicians took to the virtual world to maintain a steady flow of new content.

“It’s been so cool and so inspiring to watch the musical world wake up in a new way,” he said. “It’s like we’re starting over in every sense. Everything is different in our understanding, everything is totally new. We’re learning how to exist as a people again and the arts obviously are kind of leading the way.”

‘More of an escape’

Martin said he’s also come to a new appreciation for his own instrument.

Playing around 200 concerts a year, he said it’s easy to get in the habit of seeing the trumpet as just a job, and forgetting how special it actually is.

“The trumpet has turned into more of an escape now,” Martin said. The last time he remembers feeling that way was in 1996, during sixth grade, when he first started playing. “It becomes a functional part of your identity.”

Ding said she’s felt similarly, realizing now how much she took those seemingly endless evenings in Symphony Hall, performing alongside a crowded room, for granted. 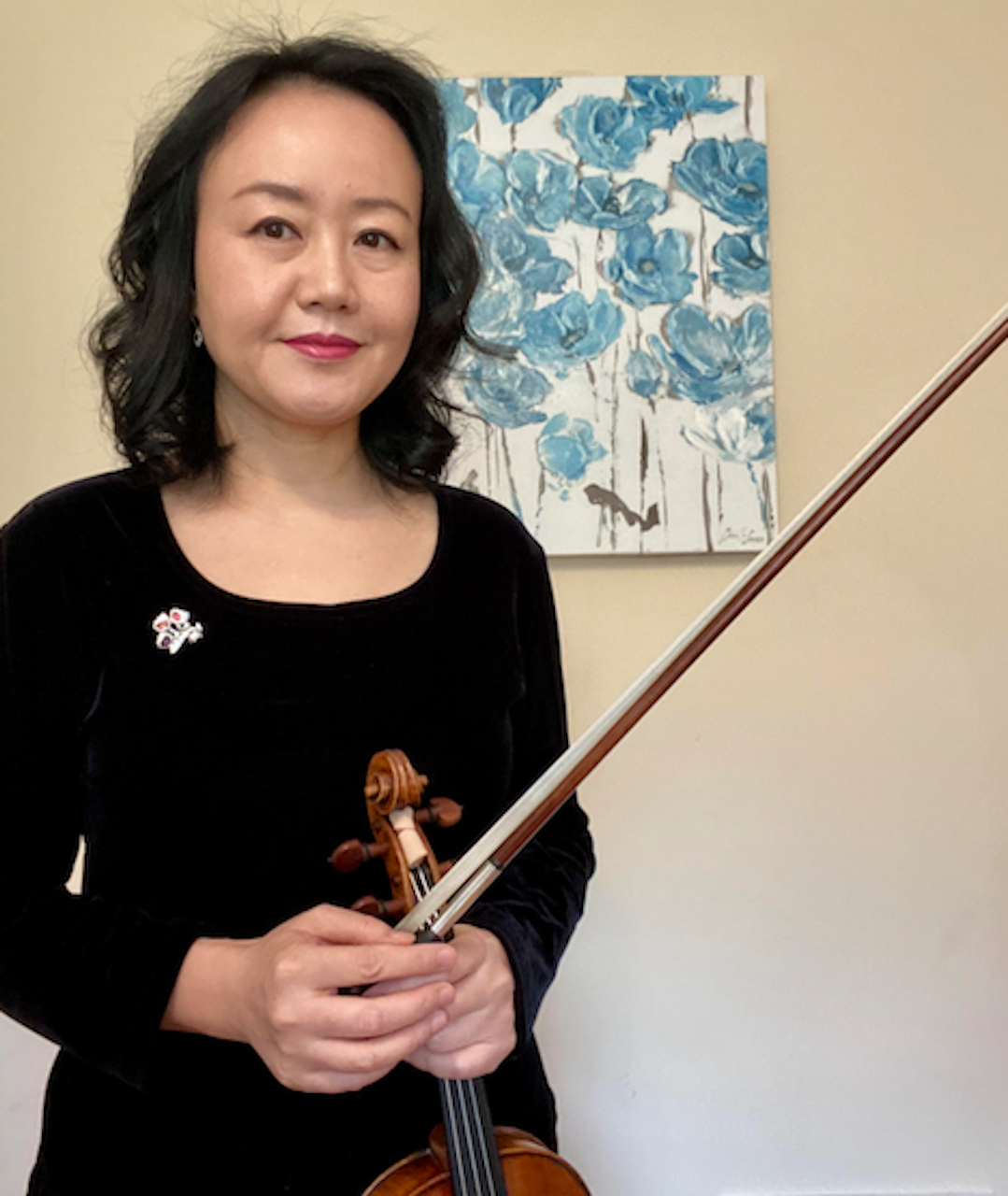 BSO violinist Xin Ding after dressing up, putting makeup on, and curling her hair for a recording project during the lockdown. She said it was one of the few photos she captured, adding that the rest of quarantine was spent in PJs.

When the shutdown first began, Ding surprised herself by how badly she wanted to fill her time with practicing etudes, scales, and solo repertoire that had been gathering dust at the bottom of the pile.

While half of her mind is convinced that she’ll never see the concert hall again, the other is certain that no matter what, everyone will try to make it possible.

“There is a hope that I can go back to work someday,” Ding said. “It feels like if I stop practicing, then I have that fear that we may never really go back.”

With the two contrasting thoughts churning in her head daily, she said the only way to think clearly is to play.

“The only way I can think is by practicing,” she said, “and just burying into the music.”

It wasn’t until mid-pandemic that Ding entertained the realm of online performances, and while it’s been exciting, she said she would do anything to get back to performing for and with other people.

During live performances, she said “you have the audience. You have that exchanging feeling that you’re really actually talking.”

Ding’s hopeful for the moment when everyone comfortably settles back into the orchestra’s red velvet-lined rows again without fear of the virus.

It sounds like a utopia now, but she said she reminds herself every day that things will get better. Things will turn around.

Martin said if anything, he hopes they turn around in time for the Holiday Pops season in December.

While the concerts are grueling, each featuring the same set of songs, and everyone wants to ditch their instruments by the time it’s Christmas, the season is also full of memories, he said.

Like the year after the Patriots won their fifth Super Bowl and Martin found a way to spice up an arrangement of “12 Days of Christmas” by wearing a Pats helmet, a Tom Brady jersey, and walking onstage flaunting five golden replica championship rings on his hand.

Without the community they perform for, Martin said musicians are finding themselves asking: What it is going to look like to play concerts for people after the dust settles on the COVID-19 crisis?

“Everyone that loved live music before is hurting for it now,” he said. “I just can’t imagine a reality where you just shake a stranger’s hand again, let alone, you know, sit right next to them in an orchestra concert for two hours.”

Martin said he imagines there will be a point when it’s safe for the orchestra to gather together and livestream their concerts, but the experience will still be missing the “palpable and very intense energy” of its listeners.

“We are trying to create and offer this gift and hopefully the people we offer it to are appreciative and it moves them, but without an audience you don’t know if what you’re doing is moving anyone in real-time,” he said. “I miss playing with people and I miss playing for people.”

Professionals in the performing and creative arts, Martin said, have craved that connection during the pandemic.

“Everyone’s gonna come back so much more grateful and patient, honest and open and collaborative,” he added. “Once we’re back and we’re able to perform and create again, I think it’s gonna be just some of the best music that’s ever been written and the best performances of music that you’ve heard.” 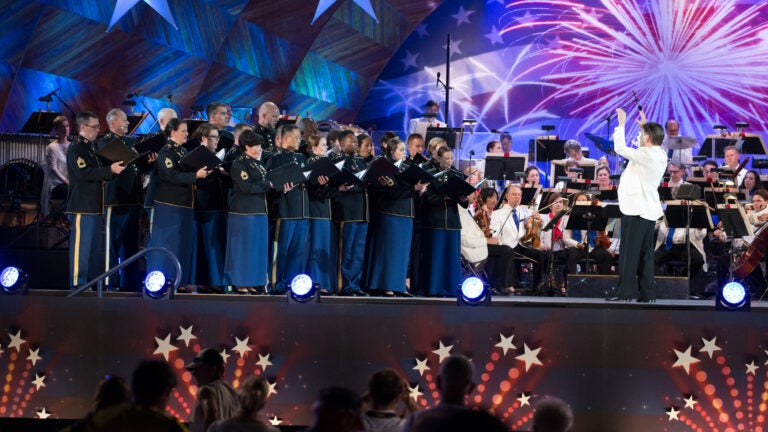 All the details on the Boston Pops’ performance airing July 4