A beloved Allston music venue is moving closer to its encore.

Great Scott, which closed its doors in May after 44 years, recently wrapped up its crowdfunded investment campaign, raising almost $300,000 in order to reopen its business at the former site of Pizzeria Regina at 353 Cambridge Ave.

Despite a groundswell of local support, Great Scott was forced to find a new home after Oak Hill LLC, the owner of the commercial space at 1222 Commonwealth Ave. that housed Great Scott, chose to end lease negotiations with the venue’s longtime talent buyer Carl Lavin and enter into negotiations with another prospective tenant.

Now, with an eye-popping total of $299,600 raised by hundreds of people who contributed to the venue through investment platform Mainvest, Great Scott’s outlook is rosier thanks to “those who have invested in saving an Allston institution,” according to Lavin.

That being said, Lavin still has his work cut out for him. Massachusetts continues to operate under Phase 3 of the state’s reopening plan, and performance venues like Great Scott won’t be able to open until Phase 4, which likely won’t begin until a vaccine is found.

That hurdle may be partially solved by Great Scott partnering up with Allston Rock City Pizza, a local pizzeria currently operating at 568 Cambridge St. serving food out of the new space, though those plans are far from finalized, according to Vanyaland.

“We’ve still got some hurdles to clear en route to getting a lease in place and to get started converting the space to a live music venue, but the forward momentum continues to be strong,” Lavin wrote last month on Great Scott’s Mainvest page.

In the meantime, Lavin is beginning to envision the layout of the venue, which will be larger than Great Scott’s original Comm Ave. home but will feature many of its hallmark touches, including its green tiled floor.

“We have the ability to make it as close to the look and feel of Great Scott as possible, while also being able to take advantage of the fact that we have a little more space to do the things Great Scott absolutely would’ve if they had the room,” Lavin told the Boston Globe.

Regardless of the numerous logistical hurdles left, Lavin said that the campaign’s success is a win for both Great Scott and for the Allston neighborhood.

“Spaces like Great Scott represent the life force of a neighborhood,” Lavin wrote on the venue’s Mainvest page. “As a landmark business for over 40 years, we believe establishments like Great Scott are essential to the fabric of neighborhoods, and in light of Covid-19 will need the community’s support to preserve the space for years to come.” 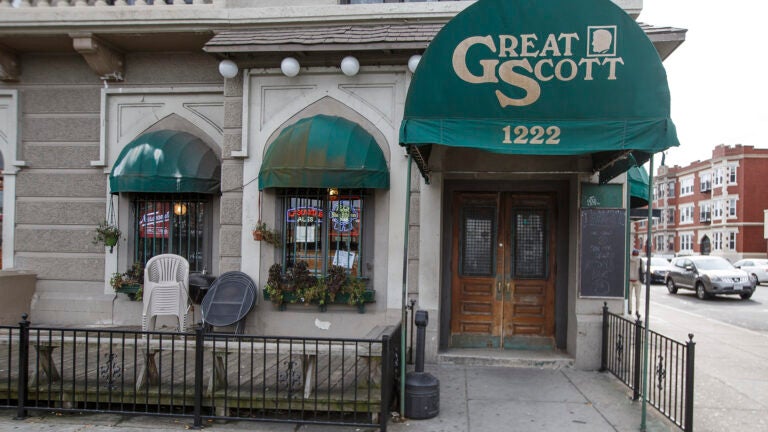 Great Scott unlikely to reopen at its longtime location, despite raising almost $200k