The coronavirus pandemic has dealt yet another blow to the Boston Symphony Orchestra, and its fans.

The BSO announced Friday that it is canceling all live performances through next spring, including its traditional Holiday Pops series, due to the risk of the contagious and potentially deadly virus.

In a joint statement, BSO leaders said they “deeply regret” the decision, even if it isn’t necessarily surprising as COVID-19 has put virtually all concerts and other large group gatherings on hiatus in the United States. Massachusetts has effectively banned all large, in-person performances and sporting events until there is an effective treatment or vaccine for COVID-19.

“Though this news likely doesn’t come as a surprise—since the COVID-19 pandemic continues to impact all our personal and professional lives—it is still a major loss for the organization and everyone who appreciates and cherishes the BSO and Boston Pops,” BSO president and CEO Mark Volpe, music director Andris Nelsons, and conductor Keith Lockhart said.

In lieu of the popular Holiday Pops live series and the the rest of the canceled 2021 season, the BSO plans to put out online content on a near-weekly basis beginning Nov. 19 through at least next April. Orchestra officials say a smaller ensemble of BSO musicians will perform together, following precautionary measures, for the first time since the onset of the pandemic at Symphony Hall on Oct. 28.

BSO leaders said the continued creation of a new library of audio and video material has been “one of the silver linings that has come out of this challenging period.” The virtual performances this fall will include appearances by Lockhart and Nelsons.

“With millions of people from Boston and around the world interacting with this special online content, we feel great inspiration to continue to create new virtual offerings,” Volpe, Nelsons, and Lockhart said.

BSO subscribers who have already purchased tickets for the 2020-21 season can email the orchestra at [email protected] or call 888-266-1200 to request a refund, receive a credit for future tickets, or donate their subscription in support of the group, which has had virtually their entire 2020 live season canceled due to the pandemic.

The announcement Friday comes after COVID-10 forced the BSO to cancel their Asia tour last winter and the rest of the 2020 season, including the annual Boston Pops Fireworks Spectacular. According to the BSO, it was the first time in its 139-year history that it had to suspend its entire season. In April, the orchestra announced sweeping furloughs and pay cuts it said would address just a “fraction” of the millions of dollars in lost revenue. They subsequently laid off 50 administrative staffers in August.

Still, on Friday, leaders tried to put a positive spin on the latest news, thanking community members for their continued support.

“A second silver lining of this period has been the tremendous support we have received from the BSO’s devoted subscribers, donors, and sponsors, as well as the BSO’s board leadership, whose generosity has helped us to continue our compelling online content and keep the staff and musicians active during these unprecedented times,” Volpe, Nelsons, and Lockhart said. “All of us at the BSO and Boston Pops will continue to persevere and look forward to the time when we can welcome our dear music community, as well as newcomers, back to the hall to revel in the live concert experience like never before.” 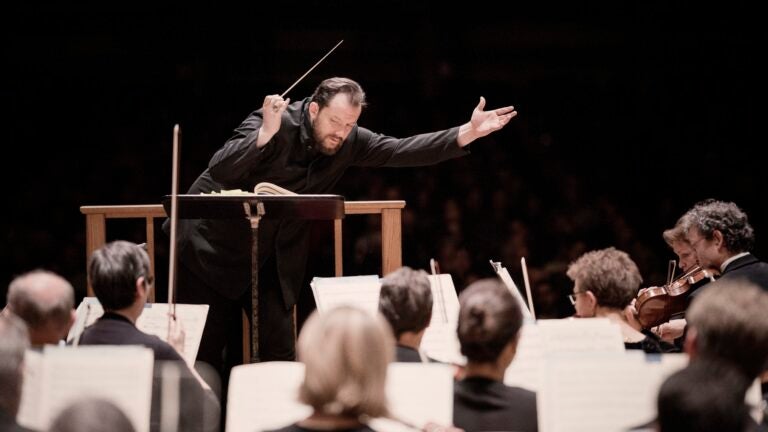 Where's the orchestra? BSO musicians contemplate what the future holds for live music after a global pandemic