It’s official: Old folks are no longer afraid of COVID-19. At least judging by the concerts people are planning to see when live music venues come roaring back this year.

Boston.com asked readers which concerts will be on their must lists when the lobby doors reopen, and it’s clear from the results that boomers want to jam. Several hundred people responded, and the top band named was none other than Dead & Company, the Grateful Dead spinoff group featuring some Grateful Dead members who are, well, not dead. (A very close second was Vermont’s own Phish, who aren’t that old — Trey Anastasio is a spry 56 — but sort of qualify as honorary fogies.)

Maybe more significant, though, is that the top vote getter wasn’t a band at all, but rather a variation of “Anyone!” People are just dying to see live music again, no matter who’s playing.

“Anything. I’ll literally see anything live at this point,” said one eager reader. “Kenny G? Sure. Iron Maiden? Why the hell not. I’ll take what I can get!” Another simply asked, “Who ya got? I’ll go!” And one reader picked as their favorite band, and we quote, “Somebody Anybody (disclaimer: not an actual band).”

Also good news is that “local musicians” made the top 5, which bodes well for the small venues that tend to host them. “I just want to see local bands again,” said one reader. “It’s so rewarding watching a local band make it to the top — think of Lake Street Dive and so many others that originated in Boston.” 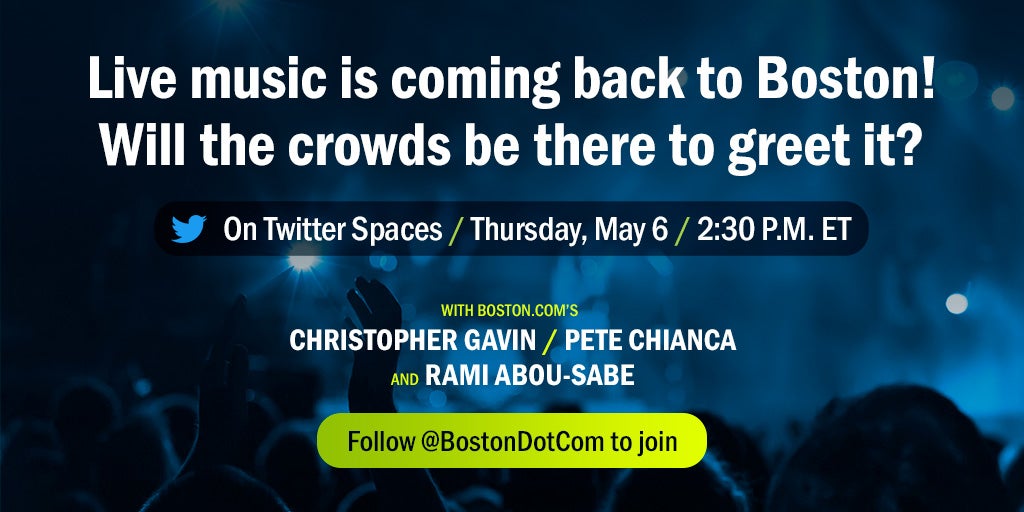 Join Boston.com on Twitter Spaces for a chat about the return of live music.

Others mentioned near the top of the list included Boston favorites Aerosmith, Billy Joel, Jimmy Buffett, and those young whippersnappers in Green Day. (Never fear Zillenials, there was at least one artist born in the post-8-track era — the people of Boston ❤️  Harry Styles, and why wouldn’t they?)

Here are all the artists that got four or more mentions from Boston.com readers (you can scroll to the bottom of the story for the full list of artists cited.)

As for whether Bostonians might show any concert hesitancy as the coronavirus pandemic winds down, the answer is: apparently not. A full 67% of respondents, when asked when they’ll head back to shows, answered “Right away!,” no ifs, ands or buts. “Would stand in line for tickets tomorrow,” said Jon from Boston, while another anonymous reader was even more to the point: “I’d rather not stay on this earth than continue to be without live music. Bring it on!”

Another 16%, meanwhile, said they would go back “soon” but were in no rush, while 8% said they had no plans to go back in the immediate future, and 6% are waiting for herd immunity (which may be a while).

“It will be great when live performances start back up again, because I know that the financial impact to this industry has been catastrophic. I’m just not ready to be in a large crowd,” said Jennifer from Falmouth. “I keep seeing what’s happening in places like India, and think that could happen here if we aren’t careful.”

About 40 Boston.com readers elaborated on their thoughts about the return of live music; here’s a sampling of what they had to say.

“One of my favorite things about Boston is the music scene. I try to see 100 artists every year. The community aspect is what I miss most; there are certain songs or artists that really have an impact on your life. Going to a live show, and having a crowd around you that relates to that one line of a song, is extremely powerful. I can’t wait to be back!” — Ryan, Somerville

“The first day there are vaccines available to anyone that wants them and there are no takers, everything should go back to 100% 2019 normal. If you refuse to get the vaccine, that’s on you.” — Dave, Waltham

“Can’t wait to have live music back! Small and large venues!” — Cris, Billerica

“Can’t wait to see the Dead & Co. shows when they next return. It’s the reason I got vaccinated!” — Heywood, Needham

“Live music, particularly in small venues, provides an experience that other social activities such as sporting events and theater can’t. Music fans aren’t just spectators, they become an integral part of the event.” — Jack M., Boston

“As soon as I am fully vaccinated and as long as I’m comfortable with capacity limits, I can’t wait to get back to shows at smaller venues like the Sinclair and Brighton Music Hall!” — Caroline, Cambridge

“I have tickets to see Lady Gaga at Fenway the beginning of August. It’s outside and we’ll both be fully vaccinated. I’ll wear a mask if I have to in order to see the show.” — Lori, Attleboro

“I’m fully vaxxed, so as far as I’m concerned, I’m going back to licking doorknobs and not washing my hands after I pee.” — Luis, Brighton

“No vaccine passports please. Not right to share that information with anyone.” — John, Chatham

“I love a live show but vaccines don’t make us bulletproof. In a crowded indoor space with thousands, 3-5% hospitalized or dead — is it worth it?” — Jack, Cambridge

“Moved to a more rural area during the pandemic and will never set foot in Boston again.”

Where the bands are: 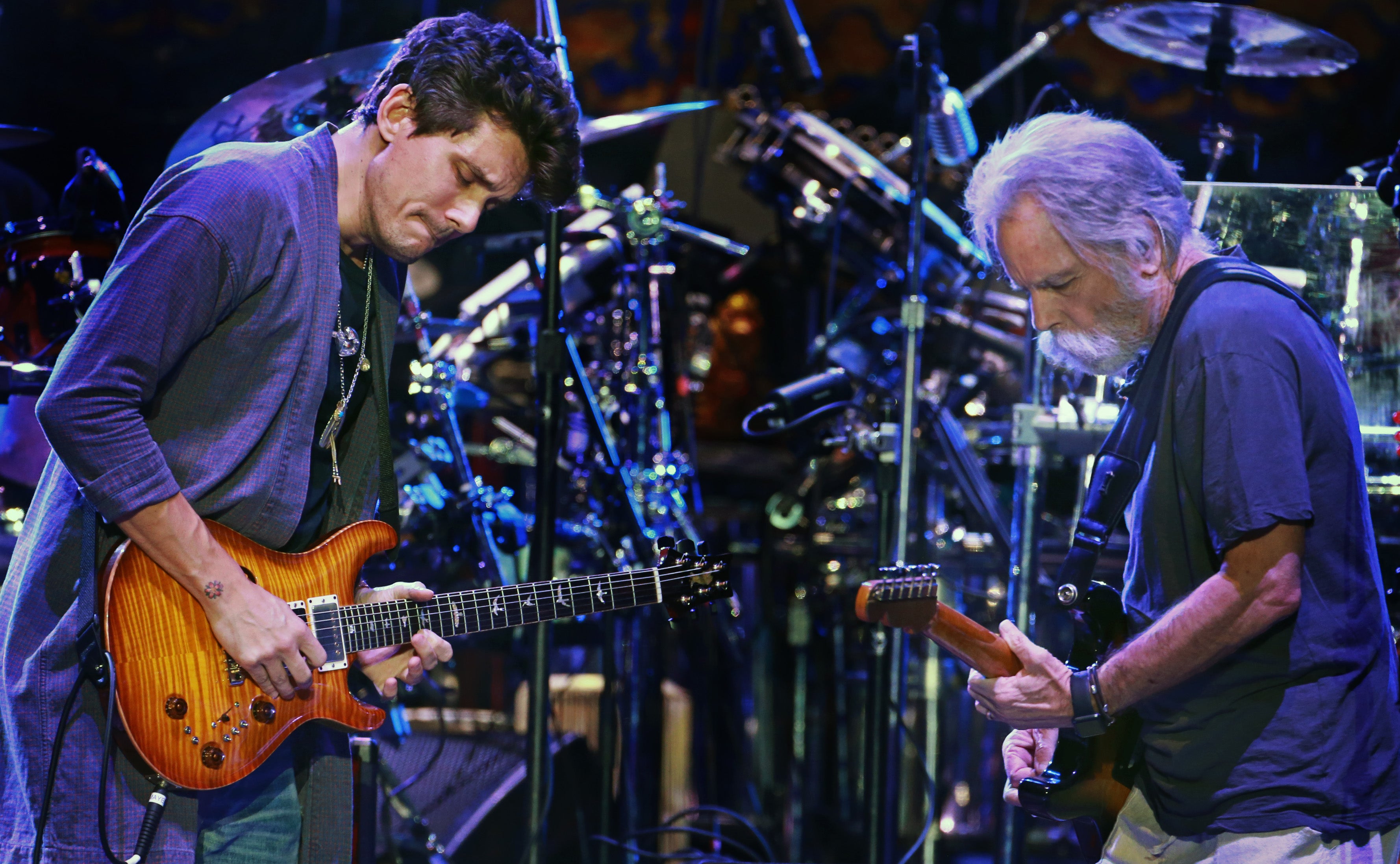 John Mayer and Bob Weir during a Dead & Company show at the DCU Center in Worcester.

Here’s the full list of acts Boston.com readers say they can’t wait to see (minus a few we’re pretty sure have no plans to tour — sorry, one Beatles fan): 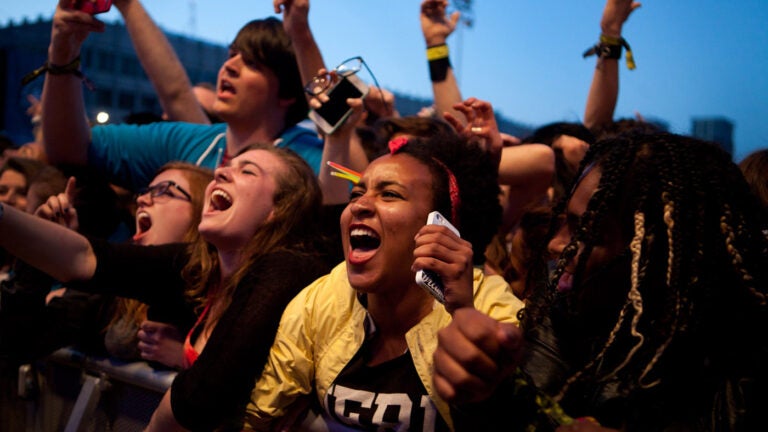 Live music is coming back to Boston! Will the crowds be there to greet it?