As Fenway Park’s concert series gets into full swing, with five shows this week alone, it’s worth recalling who played the very first rock concert at Boston’s storied ballpark.

In September of 2003, Bruce Springsteen and the E Street Band christened Fenway’s status as a concert venue with a two-night stand, prompting then-Mayor Tom Menino to post signs around the park that read “Welcome to Boss-ton.”

The Boss returned for two more nights at Fenway in August of 2012 during his “Wrecking Ball” tour, and now the second of those two shows — from Aug. 15, 2012 — is seeing an official release on CD and download.

Long-revered by fans for its loose, celebratory vibe and eclectic setlist, from seldom-heard Springsteen outtakes like “Frankie” to a first-time-ever cover of Eddie Floyd’s “Knock on Wood” by request, it’s the latest in a monthly series of official live releases from Springsteen.

The set is available now at live.brucespringsteen.net.

Check out the setlist below: 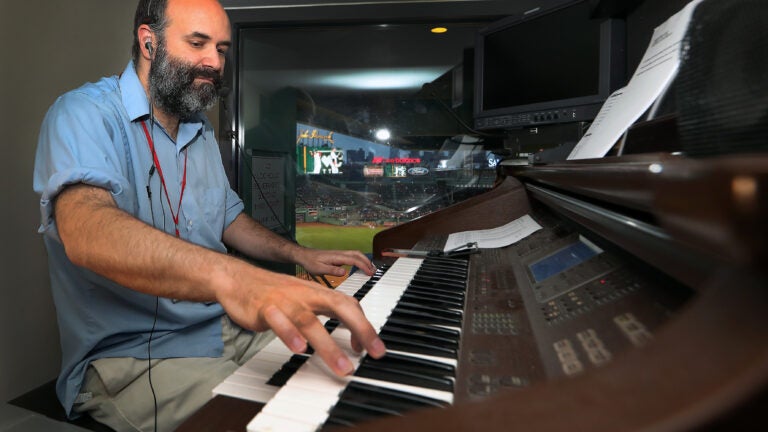 Rhythm of the game: How Fenway Park organist Josh Kantor plays fan requests on the fly