Performing for an audience for the first time since drummer Charlie Watts died, the Rolling Stones played at a private party hosted by Patriots owner Robert Kraft at Gillette Stadium Monday.

The veteran rockers, who kick off a US tour Sunday in St. Louis, played some of their best-known songs for an invite-only crowd of about 300 people. The band’s 15-song set opened with “Let’s Spend the Night Together” and also included “Tumbling Dice,” “Under My Thumb,” “Gimme Shelter,” “Start Me Up,” “Miss You,” “Jumpin’ Jack Flash,” and two encores, “Street Fighting Man,” and “(I Can’t Get No) Satisfaction.”

Watts died Aug. 24 at a London hospital, and his bandmates got emotional Monday talking about their missing partner and friend. Singer Mick Jagger and guitarist Keith Richards said the evening’s performance, and the upcoming tour, are dedicated to Watts, who was recovering from an unspecified surgical procedure when he died unexpectedly. He was 80. “We have been touring with Charlie for 59 years and we miss our great friend and bandmate,” said Jagger. 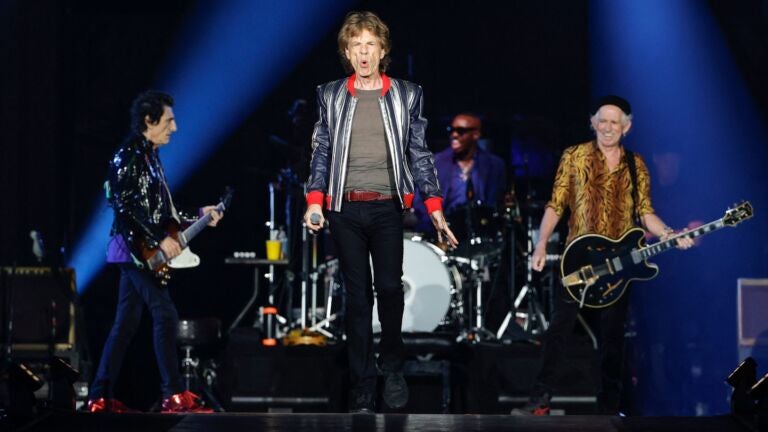