Steven Spielberg famously said that without composer John Williams, “bikes don’t really fly, nor do brooms in Quidditch matches, nor do men in red capes. There is no Force, dinosaurs do not walk the Earth, we do not wonder, we do not weep, we do not believe.” And he’s right, all those movies would have stunk.

Well, maybe not stunk, but without Williams’ sweeping scores — awesome in the truest sense of the word — they definitely wouldn’t have packed the cinematic punch that turned them into some of the biggest blockbusters of the last five decades.

On Williams’ 90th birthday, Feb. 8, we here in Boston retain a certain special attachment to him, what with his having conducted the Boston Pops from 1980-1993. (During that same period he also managed to compose scores for “ET,” “Return of the Jedi,” “Jurassic Park,” “Schindler’s List,” and the first three “Indiana Jones” movies, among others — not a bad run.)

In fact, the Pops honored him as recently as 2017, for his 85th birthday, with a series of performances dedicated to his music. And a year prior, when he was 84, Williams — the most-nominated person in the history of the Academy Awards — was given the Lifetime Achievement Award by the American Film Institute. His reaction? “I’m really too young for something like this.”

Given that he’s currently finishing the score for the fifth “Indiana Jones” movie, and with other projects on the horizon, you can’t help but think he might have been right.

Below, Williams talks about his art and pays tribute to “one of the greatest orchestras in the world” while guest-conducting the Boston Pops through the “Star Wars Main Title” during a 2019 appearance at Tanglewood; and, in a 2002 appearance (presented in honor of today’s Oscar nominations), he conducts a medley of “snippets” from some of the greatest movie themes ever, including a few of his own.

And if you’re in it for the long haul, at bottom you’ll find a hour-long “Evening at the Pops” recorded at Symphony Hall in April 1980, during Williams’ inaugural appearance as conductor, with special guests Burgess Meredith, C-3PO, and R2-D2. 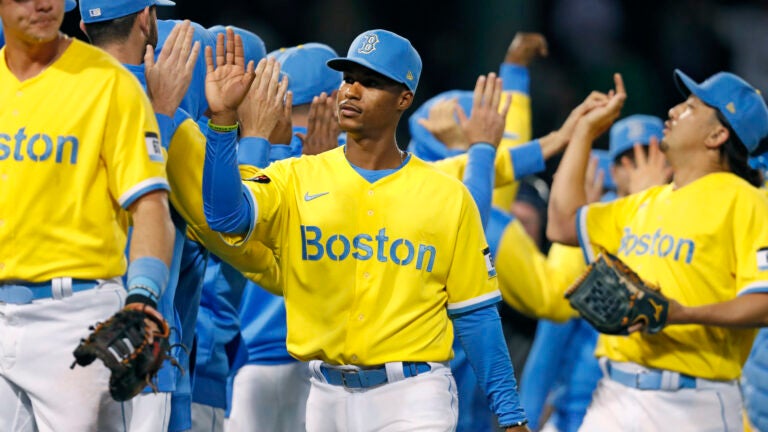