Album-in-its-entirety performances bring with them the double-edged sword of predictability.

One edge guarantees that all paying customers will hear their favorite songs from the showcased recording. The other presents the possibility of requiring them to endure the cuts that they would happily trade for any number of others. The latter does have the silver lining of giving one a chance to go to the bathroom.

Of course, it is unlikely that an artist would go all-in on a back catalog item that didn’t have first-to-last-note appeal.

Thankfully for the substantial — if not quite sold-out — crowd at Roadrunner last night, “Oh, Inverted World” by The Shins, which celebrates its 21st anniversary this year, is a superlative example of one such recording.

And those in attendance were delighted to hear every song that they knew was coming in the order that it did.

From the familiar opener “Caring Is Creepy” through “The Past and Pending,” on which lone lifelong Shin James Mercer strummed an acoustic guitar on a dimly lit stage, the audience’s enthusiasm never waned one iota. The attendees near me were steadfast and sang along whenever they knew the words, with “New Slang” — for which opening act Joseph joined Mercer and his crew — inspiring the most wholehearted singalong of the set.

With the entire scope of “Oh, Inverted World” taking up just over half an hour, and with only a few bits of banter added to it, Mercer had at least another hour to fill. This left me particularly curious as to how he would narrow down the abundance of first-rate material from the other four Shins albums.

He ended up choosing three from the first of these: “Turn A Square” (which includes one of my favorite lyrics, “Just a glimpse of an ankle and I/React like its 1805”), “Saint Simon,” and “Mine’s Not a High Horse”; the first four, though not in that order, from the second, all of which were great even if they wouldn’t have been my exact selections; and one each from the last two (“Simple Song” and “The Fear,” respectively).

If I had any complaints, it would be that the delivery of “Oh, Inverted World” occasionally felt ever-so-slightly perfunctory and that Mercer’s otherwise admirable unassumingness may have put a damper on what by right should have been an unapologetic, all-out celebration of one of the greatest indie pop albums of this century’s first 22 years.

Furthermore, a 90-minute set is a bit on the short side, especially given that another 20 minutes’ worth of material would have made the show an absolute mindblower.

Still, with a headliner-worthy opening set by sister trio Joseph, who joined The Shins for five songs, I don’t think that anyone went home particularly unhappy.

In fact, everyone (me included) was probably eager to go listen as soon as possible to whichever personal faves that Mercer left out. 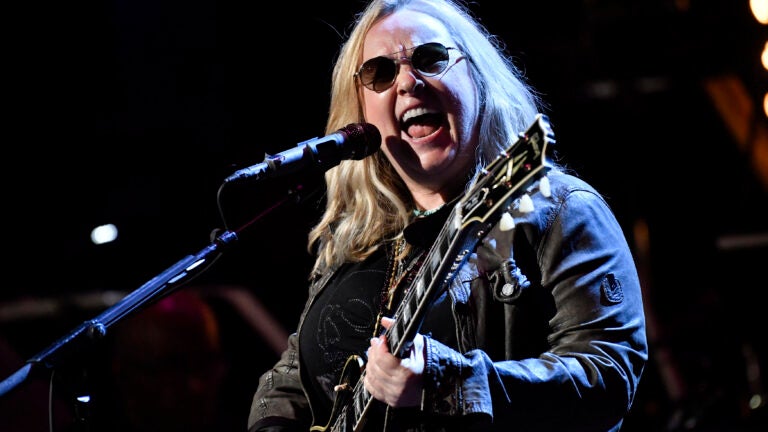