The song that catapulted the rapper Saucy Santana from a reality-television figure with a keen magnetism to a serious pop contender was “Material Girl.” Released in 2019, and then amplified by TikTok this year, it was helped along by a title that nods to Madonna’s “Material Girl” — what you might call a conceptual sample. It was a savvy reference, and a means of quick association with a true pop icon.

This year, Saucy Santana tried it again, but in far more literal fashion. His single “Booty” is based on an exceedingly familiar horn arrangement — the same Chi-Lites one prominently sampled in “Crazy in Love,” the ecstatic 2003 Beyoncé and Jay-Z duet.

The ploy here was far more nebulous, maybe even devious. The effect is deliberate confusion. While “Booty” wasn’t sampling Beyoncé, strictly speaking, it was clearly channeling her, and also using a bit of her refracted superstar power as gasoline — the most literal version of a recommended-if-you-like algorithm. Even its video is optimized for recognition, with Santana doing the same stomp Beyoncé does in hers, in an almost identical outfit.

Throughout 2022, that gambit has been deployed again and again — by pop singers and rappers, established stars and newbies. Many of the catchiest songs of this year were also the catchiest songs of 2007, or 1998, or 1987, both custodians of old memories and triggers of new ones. Three songs relying on this approach went to No. 1 on the Billboard Hot 100.

Time is a flat circle, blah, blah, blah. But this specific wave of songs — from Jack Harlow, Burna Boy, Lizzo, Central Cee, Nicki Minaj and so many others — reflects a certain cynicism about how stardom is generated, or sustained, in the current moment.

The internet has collapsed linear time, making the music of three decades ago fundamentally as accessible as the music of today. It has also eroded the value of newness. In a TikTok-led cultural economy, in which people are willingly and excitedly aggregating themselves around collective challenges, the lure of participation in an established trend or idea is just as powerful as the urge to create something utterly new, if not more so.

Or phrased differently, it is aesthetically lazy. It’s a way to harness preexisting star power, or familiarity, as a proxy for generating your own; a running start for an artist who might not be quite sure how to run on their own. A cheat code.

This tactic has been used by artists early in their careers, some with hardly any profile at all, like rapper Armani White, whose TikTok breakout “Billie Eilish” uses the same sample as N.O.R.E.’s “Nothin’,” a classic jubilant Neptunes production from 2002, applying a punchier flow. (Using Eilish’s name for the title: another low-cost accelerant.)

More often, it’s been a tool utilized by artists who already have a bit of momentum but are looking to solidify their position by implicitly aligning themselves with more established stars and hits. This technique was a hallmark of Jack Harlow’s album “Come Home the Kids Miss You,” which rolled out the strategy twice: on “First Class,” which went to No. 1 on the Billboard Hot 100, and relied on a sample of Fergie’s “Glamorous,” a Billboard No. 1 in 2007; and on “Side Piece,” which samples Snoop Dogg and Pharrell Williams’ “Beautiful,” a No. 6 hit in 2003.

Harlow was at a promising but precarious point before this album — he had a solid fan base and two major hits, but one was a viral sensation and the other a guest appearance. A sure thing was needed. Angel Lopez, one of the executive producers of “Come Home the Kids Miss You,” told Complex how he and Harlow “discussed early in the process about just finding something obvious that’ll connect with people instantly. He sent me a playlist of about 12 songs and said, ‘Choose from this. Let’s just dissect something.’”

Something similar was at play with Yung Gravy’s “Betty (Get Money),” an absurdist hit based on Rick Astley’s “Never Gonna Give You Up” — a real-life rickroll that functioned as a comedy song, a TikTok trend and a nostalgia trip all at once. “Betty” is goofy, but also underscores one of the less-heralded reasons to sample liberally: humorous shock.

Anticipating a listener’s reaction is part of the calculus, and relying on pre-loved hits leverages proven ideas for two parallel audiences — people who are warmly triggered by the nostalgic reference, and people getting exposed to the already-field-tested idea for the first time. The decision may have financial implications, too: Burna Boy said on the Million Dollaz Worth of Game podcast that Toni Braxton, whose song “He Wasn’t Man Enough” provides the root of his hit “Last Last,” “is taking 60%.”

“I’m not complaining, man,” he continued. “Hopefully she even pops out to one of the shows.” Indeed, songs like this have become occasions for cross-generational collaboration — N.O.R.E. joined Armani White for a performance at the BET Hip Hop Awards. And at the BET Awards this summer, Mariah Carey came out with the rapper Latto onstage — Latto’s “Big Energy” is an updating of Carey’s “Fantasy (Remix),” which is itself based on Tom Tom Club’s “Genius of Love.”

In the last couple of years, these samples have consistently been a bridge to the mainstream for the current generation of female rappers, who have been using them to establish lineage with earlier hip-hop history.

Coi Leray’s new single, “Player,” reaches back to an unexpected hip-hop classic, “The Message” by Grandmaster Flash and the Furious Five. Megan Thee Stallion’s “Plan B” uses Jodeci’s “Freek’n You (Mr. Dalvin’s Freek Mix)” as a starting point. Even Nicki Minaj found herself relying on this trick — her “Super Freaky Girl” is, more or less, simply her rapping over Rick James’ “Super Freak.” (Which, of course, had already formed the backbone of MC Hammer’s 1990 hit “U Can’t Touch This.”)

No female rapper has relied on this gambit more than Saweetie, whose “Tap In,” from 2020, used the same bouncy production as Too Short’s “Blow the Whistle,” and her 2019 hit “My Type” samples Petey Pablo’s “Freek-a-Leek,” produced by Lil Jon. Even her recent collaboration with the R&B singer Muni Long, “Baby Boo,” is indebted to “My Boo” by Ghost Town DJs. Saweetie’s breakout debut, “Icy Girl,” came this way as well — a freestyle over Khia’s raunch classic “My Neck, My Back (Lick It).”

In some ways, this moment is an extension of the peak hip-hop sampling and interpolating era of the 1990s, though samples were often chosen then with an eye toward tethering hip-hop to its forebears, soul and jazz. They were an argument for hip-hop’s musical and cultural seriousness, especially as the genre was under attack from social conservatives.

But more pop-minded producers like Dr. Dre and Puff Daddy also rightly understood that there were glaringly obvious old hits to be mined, and mine they did, occasionally in spectacularly garish fashion, like on “Come With Me,” the Puff Daddy song from the “Godzilla” soundtrack that features Jimmy Page recreating the monster riff from Led Zeppelin’s “Kashmir.”

The most current iteration of this idea is taking place in New York drill music, which has been wielding blisteringly obvious samples for the last couple of years, led by young producer Cash Cobain. Here, old songs — hip-hop classics, pop novelties and more — are scrunched and stretched sometimes to the point of absurdity. Take “Shake It,” the Kay Flock song that features Cardi B’s first drill performance, which turns Akon’s “Belly Dancer (Bananza)” into something nervous and rowdy. (For a particularly extreme example, see “What NYC Sounds Like” by the Brooklyn rapper 917 Rackz, which features no fewer than 10 different sample-driven sections in just over three minutes.)

Part of drill’s appeal is its immediacy and brusqueness, but in these songs, the dissonance between the saccharine, familiar production and the rough-edged vocals is powerful and uncanny, as heard in a breakout drill hit from 2021: B-Lovee’s “My Everything,” based on Mary J. Blige’s “Everything.” (The veteran Los Angeles rapper YG took a cue from that this year, sampling Blige’s “Be Happy” on his song “Toxic”).

Blend tapes, posse cut remixes, riddim culture in dancehall, TikTok duets: There are plenty of antecedents to this sort of loyalty to the familiar. Viewed generously, this wave of new hits function as remixes, layering a fresh idea atop a familiar base. That’s classic hip-hop territory, but it’s happening far outside hip-hop, too. Lizzo’s latest album features a few examples: “Grrrls,” which riffs off Beastie Boys’ “Girls,” and “Break Up Twice,” a revisiting of Lauryn Hill’s “Doo Wop (That Thing).” David Guetta and Bebe Rexha’s “I’m Good (Blue)” is heaped onto the electro-pop novelty hit “Blue” by Eiffel 65.

In reggaeton, Daddy Yankee has been the undisputed titan of wagon-hitching in recent years — “Con Calma,” from 2019, played off Snow’s “Informer.” “China,” also from 2019, was a play on Shaggy’s “It Wasn’t Me.” “Don Don,” from 2020, grabbed its bite from Sisqo’s “Thong Song” (2000). And “Muevelo” (2020, with Nicky Jam) embraced Ini Kamoze’s “Here Comes the Hotstepper” (with a name nodding to the early reggaeton classic by El General for good measure).

Like Minaj’s “Super Freaky Girl,” these late-career tracks have been lifelines. No longer burdened by the expectation of innovation, well-established artists essentially use these well-worn samples to firmly insert themselves into the historical pop slipstream. If a radio or club DJ can mix their vocals with an older song’s instrumental, blurring the lines between generations, why not just cut out the middlemen and do it themselves?

Or perhaps it’s simply a savvy acknowledgment that everyone — new stars and old stars alike — will eventually just become memories, data for the mining. These songs are concessions that say the quiet part out loud — everyone has always been borrowing voraciously, from everyone else, constantly. Why hide? 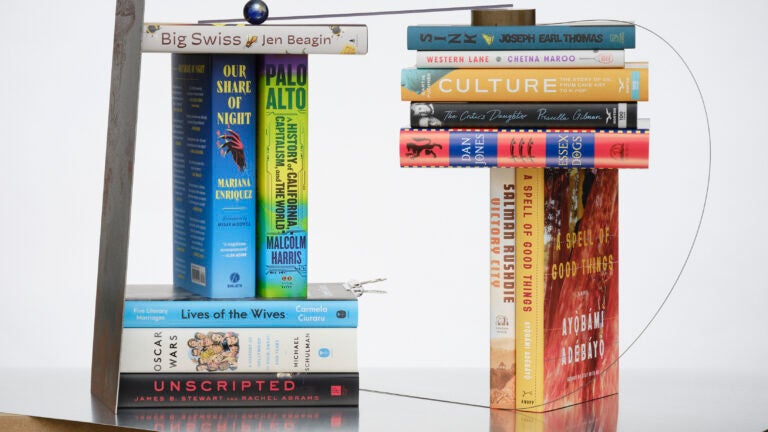